How a Military Mom with Twins on the Way Does Money 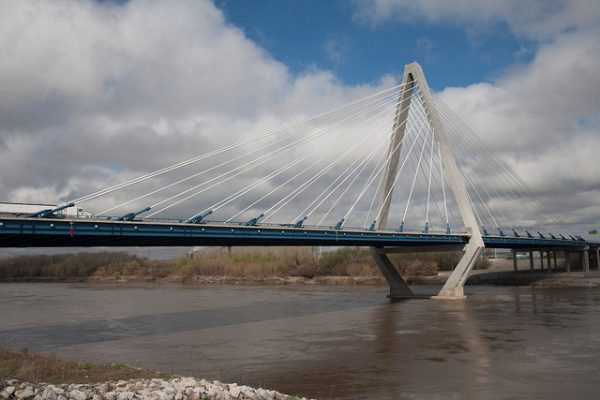 Liz (not her real name) is a 30-year-old mother of two (5 and 7) whose spouse is in the Navy. Her family has moved between San Diego and Kansas City several times. She’s currently living in Kansas City, and pregnant with twins due in November.

So, Liz, what is your family’s income?

I’m staying home right now since I’m in the midst of a high-risk pregnancy. I was working part time, taking care of the kids, and studying to be a nurse until a few months ago.

Nice. How about expenses? What’s your mortgage?

Our mortgage is $1,000/month. That includes homeowner’s insurance and property taxes, all rolled into one payment. The Navy covers health insurance for all of us. It’s Tricare, which I can’t complain about at all. Our cell phone plan is $100/month. With just the kids and myself at home, I spend about $250 on food every two weeks. The car payment is $350. Insurance on our car is $60. We’ve been in this house for six months and so far our monthly utilities are in the $250-$300 range.

So roughly $2,000 every month in guaranteed expenses. Plus the little extras that arise.

I imagine that with kids, a lot of little extras arise.

Totally. It’s something every month. One kid might shoot up in height and I’ll have to drop $100 on new pants.

When they’re home in the summer, I want to do things with them. So I’ll spend money on water parks, taking them to pools, things like that. I find most of the kids’ lessons on Groupon. I’ve paid for ballet, gymnastics, soccer, baseball, and Irish dance classes that way.

One perk of being a military family is the discounts. Like, when we were in San Diego, we were really blessed with free admission to the zoo. The kids loved that.

Now that you’re back in Kansas City, do you find that there are fewer of those perks?

There’s less of a military community out here, but luckily I already had my network in place.

In San Diego, the community was phenomenal. I would find groups of military moms through Facebook. I loved this group called Daily Bread that gave us free groceries on their sell-by dates. That was really helpful when my husband was lower-ranking.

People in the military move constantly, and they don’t want to move things like grills, cribs, etc. So they put stuff on the curb, furniture and kids’ clothes in good shape, and post it to the Facebook group, like, “come and get it!” And since the military housing was all clustered, it would be right down the block. I got entire wardrobes for the kids that way.

What about babysitting? Have you leaned on those groups for childcare?

I did in San Diego. If I needed to run errands, I could find a mom in my neighborhood to take the kids, then I would do the same the next time she needed it.

It was fairly close-knit and secure. In the civilian world, I can’t imagine doing that. I’ve lived in this home for six months and I can’t tell you one of my neighbors’ names. I have no idea. But our neighborhood in San Diego kind of felt like I imagine the 1950s. Kids playing outside. All these women home during the day, pushing strollers, stopping by to say “Hi.” I don’t know, what else did they do in the fifties? Drink tea?

Yesss, so much gossip!

How do you see your expenses changing in the near future with the twins?

We’ll have to buy a new car, since our current one will no longer fit all of us.

I’m really hoping I’ll be able to breastfeed. Financially, it’s much cheaper. Formula for one baby can be $150 a month, and we’re having two. It’s not like dog food, you can’t decide “we’re broke this month, we’ll just get the cheap brand.”

Can’t switch them to Alpo.

Ha! No Alpo for the babies. And of course breastfeeding is just better overall. We’ll see how it goes though. Some babies don’t take to it.

No, it’s tricky. There’s a surprising amount of luck involved. As it is now, what are you guys able to save?

Our goal right now is to save $200 per month. But honestly, that doesn’t always happen. When my husband gets paid, we pay all the bills first, and move $100 into the savings account. But things come up. Our dental insurance is awful, for example, and my son recently broke a tooth. So I had to dip into the savings account to cover that. Or something goes wrong with the car. We’re really just winging it.

I have emptied my savings account several times for car repair! Moving to a city with good public transportation has stabilized my finances like nothing else.

How about longer-term? What are your financial goals for the future?

For now, my nursing degree is on hold. I won’t resume until we find out where we’ll be stationed next and how long we’ll be there. That’ll  be at least two years from now, so it gives me some time with the babies while they’re little. But I want to finish my degree and go to work so we’ll have two incomes again.

Another goal is for my husband to advance to the next rank. He’s working hard on that. He’s an E5, and his next pay grade jump is to E6. That would make a huge difference in our lives.

I bet! Last question. What advice do you have for Billfold readers?

Network. For every new community you come into, you can find people who’ve been there, done that, and already know what’s up. Facebook groups are the best tool I’ve found, especially for moms. Free stuff to do, someone to watch the kids. Friends. When you’re new in town, find other moms and help each other out.

And if you can’t find the community you’re looking for, start it yourself.

Alex Williamson is a writer and editor living in Brooklyn. Her fiction, essays, and poetry have appeared in Five 2 One Magazine, Entropy Magazine, and Punch Drunk Press. Find her on Twitter @WalexandraM.

1. We Did Good, Billfold
2. Question Wednesday
3. What I Learned From Five Years of Writing and Editing for The Billfold
4. How a Program Assistant Dealing With a New Paycheck System Does Money
5. Classic Billfold: What I Wanted From My Move to Portland and What I Got
doing-moneyinterviewsmilitaryparenting