The Cost of Cutting Back on Meat 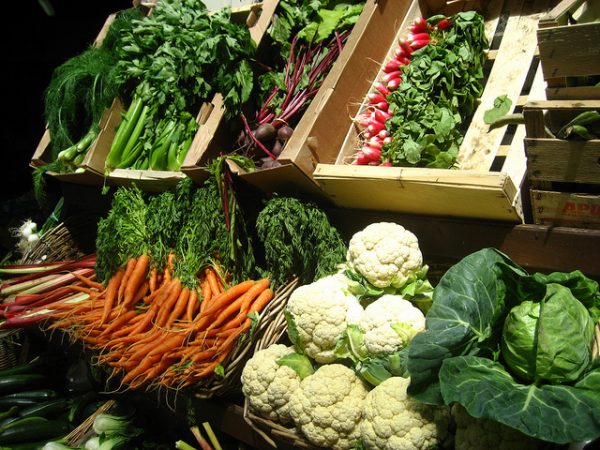 Growing up, dinner almost everyday consisted of the same formula: a meat, a vegetable side, and a starch (because mine was an Asian household, this was almost always rice). So when I started cooking adult food for myself, aka “curbed my tendency to eat a pint of ice cream or bag of frozen corn for dinner,” my meals often looked the same.

My favorite part of the formula was always the meat component — it was the star of the meal as far as I was concerned, while the vegetable was usually an afterthought. Meat got marinades and different types of cooking methods and seasonings. Veggies were roasted in the oven, sautéed in a pan, or defrosted in the microwave. Rice was always… well, rice.

I grew up eating and enjoying meat, from days as a kid when my Chinese grandfather would point it out if bones weren’t picked clean and beef jerky sticks were sold from a cart on our way to the pickup area in elementary school. I appreciate a good steak and have a hard time turning down fried chicken. Over the last few months, though, my boyfriend has been less interested in eating meat, and I thought that it might be a good opportunity to add a few more vegetarian dishes to my repertoire.

I like vegetables — I had just never built meals specifically around them before. But I realized the health benefits and thought it would be nice to change up the dishes in our home cooking rotation. I had also recently started working for a publisher that produces a lot of beautiful cookbooks, so I flagged recipes in the books my coworkers recommended.

I also had another motivation for experimenting with cutting back on meat: I could potentially save a good amount of money. Meat was almost always the most expensive component of a lot of the dishes I would make. A pound of ground meat or a small packet of chicken breasts averaged about $5, with prices going up exponentially for other cuts. Steaks would cost over $10 to feed two, and briskets or ribs were almost always over $10/lb.

So, armed with some new recipes and an interest in reducing my grocery bill, I planned out about two weeks’ worth of meals and gathered ingredients accordingly. Here are some of the things I learned from cutting back on meat:

One of my biggest concerns about buying vegetables was the short shelf life. I hate wasting food, but sometimes unused vegetables get pushed to the back of the fridge, and unless I am really conscious of what ingredients I have and how long they’ve been sitting in the refrigerator, sometimes they don’t get used in time. Unlike meat, I can’t throw fresh veggies in the freezer to defrost at my convenience, though I did try to take advantage of frozen veggies where I could. This meant that I had to start planning out which dishes I intended to make with the vegetables I bought and when I was going to make them.

At first, I didn’t put too much thought into which recipes I’d make on which days throughout the week. However, this ended up posing a problem when it came to diet diversity. After one meal of a chickpea and spinach tomato stew, followed by collard greens and black eyed peas, followed by black bean chipotle veggie burgers, I felt like you could cut me open and I’d leak bean mush instead of blood. This made me lose interest in the foods I had in the house and made me more tempted to give in to my number-one vice as of late: ordering delivery.

Vegetables can be expensive

But there are some vegetables that can be more expensive. A head of cauliflower or bunch of asparagus can end up costing as much as a tray of ground meat or a package of chicken cutlets — and if you’re cooking for two people, you might need two cauliflowers. Since washing, chopping, and peeling vegetables takes time, I occasionally paid for the convenience of pre-cut vegetables. They’re more expensive, but they can seriously cut down on the prep time at the end of the day.

I also tried to pick recipes that required only a few, fairly common ingredients, but still found myself spending more on spices (about $2-3 each) and herbs ($2-4). When I made slow cooker vegetarian meals, I had to be generous with the seasonings and flavors, buying things I don’t normally keep around like fresh ginger ($2) or chopped garlic ($1.50). I can keep leftover spices around for future use, but fresh herbs tend to spoil before I’m able to use them all. With the weather getting warmer, we could potentially get around some of the herb costs by buying and keeping plants, but it’s hard when we don’t get a lot of sunlight — and the last time we tried putting plants outside on our ledge, we found cigarette butts in them, assumedly flicked from our upstairs neighbors’ windows.

Eating vegetarian, at least in my experience, isn’t just about cooking vegetables. While I can make a bunch of vegetable side dishes, they’re rarely substantial enough to be a filling meal. As a result, I found myself spending money on grains and beans (so many beans!) to help round out my dishes. Farro ($10 for a little over a pound) and couscous ($3/box) were pricier than my usual bag of rice ($1.50) but complimented a lot of the dishes a lot better. I also found myself spending more money on cheese to incorporate into dishes to create flavor variations and make things taste richer.

Even with grains, cheese, and beans, sometimes we found ourselves hungry later in the night. On one particularly rough night, we found ourselves watching Bob’s Burgers, and were so hungry we impulsively ordered cheeseburgers at 2 a.m. It was an unforeseen expense, but we regretted nothing.

In general, I think our attempts to eat more vegetarian meals was a good thing. We spent less on groceries, though the savings were negligible. I also felt good about including so many vegetables into my diet, and some of the meals were real hits and will be added into our cooking rotation in the future. While I do think we’ll need to eat a few meat-based meals here and there, I did like seeing where we can cut back meat and focus more on veggies. Plus, my recipe library was getting stale, so forcing myself out of my comfort zone was a great way to expand my repertoire.

Kimberly Lew loves food so much she used to spend her allowance on getting a pint of sweet and sour pork from the Chinese food place near the neighborhood Blockbuster as a child. www.kimberlylew.com

1. We Did Good, Billfold
2. Question Wednesday
3. What I Learned From Five Years of Writing and Editing for The Billfold
4. How a Program Assistant Dealing With a New Paycheck System Does Money
5. Classic Billfold: What I Wanted From My Move to Portland and What I Got
careerscauliflower that costs as much as beefcookingfoodfood series