A Friday Chat About Travel Plans 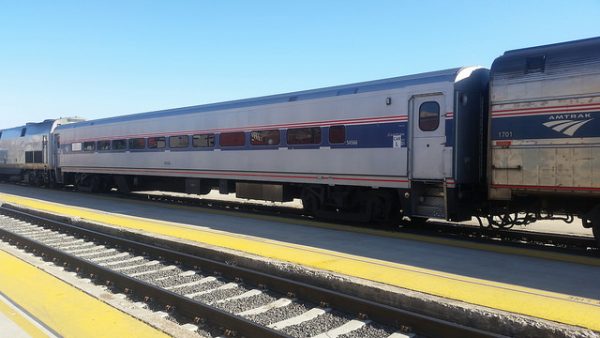 NICOLE: Happy Friday! What’s on your docket for the weekend?

JUSTINE: Leaving for a little solo vacation to Richmond, VA first thing tomorrow morning. This is the very definition of “taking a vacation from all my vacations.”

NICOLE: Hahahaha! I heard you had a lot of special events to attend.

JUSTINE: Oh man. I know the month of April happened, because my credit card bill is proof of it, but it basically compressed into one giant mess of traveling and partying. A 30th birthday party for a friend in New Orleans, followed by three weddings, three Saturdays in a row (with two out-of-state!).

NICOLE: Wow! How did you manage all of those expenses? Did you make a plan? Try to economize? Or just let things happen?

JUSTINE: I definitely started budgeting for all of this at the end of last year by making a list of all the events, and ballparking what I thought they would cost. Some things, like flights and hotels, I was able to cover earlier in the year, so I wasn’t feeling the pinch quite so much in the moment. I also lucked out on the two destination weddings, because I was able to split costs with a bunch of people for our lodging.

JUSTINE:I don’t think it’s possible to get out of New Orleans for under $100 a day.

NICOLE: Plus you’ve got the cost of clothes, shoes, wedding gifts, etc. etc. etc. Did you go ahead and wear the same thing to more than one wedding? 😀

JUSTINE: Oh girl, you know that’s not possible with social media! Thanks to a combination of Rent the Runway, Le Tote, and a cheap-ass bridesmaid dress from David’s Bridal, I’d say I spent about $200 total on dresses for the three weddings. (Though I totally used the same shoes and purse for all of them.)

NICOLE: Someday Facebook is going to start tagging our clothes along with our faces (to get people to buy what we’re wearing) and then EVERYONE WILL KNOW. [Editor’s Note: Literally as soon as we finished the chat, I saw today’s Racked article about how Google is trying to do this.]

NICOLE: When you travel, do you try to do the thing where you don’t have to check a bag, don’t have to buy airport food, etc.? Or do you consider all of that part of the cost of the trip?

JUSTINE: I have trust issues, so I pretty much refuse to check bags as a rule…? But I don’t mind buying airport snacks — that just rolls into the overall cost of the trip.

NICOLE: Some airports have really good snacks, too! LAX has that fresh foods bar place, for example.

JUSTINE: LAX has a great food scene. And DCA (my home base airport) has the only Cava that serves breakfast! It’s a game-changer.

NICOLE: YES! DCA is pretty good for food. Although I am always tempted by the Dunkin’ Donuts.

JUSTINE: Which is pretty much your only option in the Southwest terminal… It’s weird, but one of the things I’m most excited about for this weekend is the Amtrak ride. I never get to take the train, but I kind of love it? Something romantic about it.

NICOLE: Oh, I love trains too. Amtrak is great, although their bathrooms seem to get filthier and filthier every year I ride the trains. But if I could do trains over planes I would, every time.

JUSTINE: I’ve got this idea in my head that one day I’ll do one of those cross-country train rides, where you just commit to riding the rails for two or three weeks. I love the idea of it, but I worry the reality would have me booking the first flight out of like, Atlanta.

NICOLE: I did that trip, if you count “cross-country” as north/south. Rode the Coast Starlight up the West Coast and loved it. Highly recommended. Also, only three days instead of three weeks, which is just the right amount of time.

JUSTINE: I bet that was GORGEOUS.

NICOLE: It was amazing. They had an observatory car.

NICOLE: Indeed! But for today, I hope you enjoy your vacation! Any last bit of travel advice for Team Billfold

JUSTINE: Don’t hesitate to take solo trips! I’ve had a blast the few weeks traipsing all over the country with my friends, but I am super excited to go to Richmond by myself, sleep in a king-sized bed, and not talk to anyone for two days. The fact that I bought the train tickets on sale and got the hotel room with points? Even better.

Want to be part of a future Friday Chat? Email Nicole at nicole@thebillfold.com.