The Cost of a Car Break-In 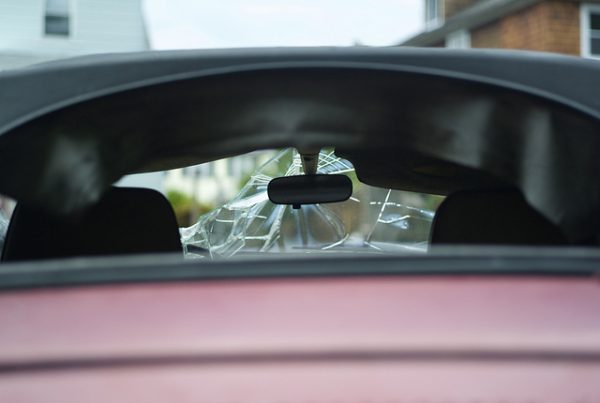 Walking the streets of our San Francisco neighborhood, it’s impossible to miss the glint of green glass on the sidewalk. It’s a daily reminder of something every local knows all too well: if you park a car anywhere in the city, it will get broken into. It’s simply a matter of time.

According to the San Francisco Chronicle, 31,122 car break-ins were reported in San Francisco in 2017. Note the word “reported,” then imagine how many more aren’t included in that already astonishing count. Less than two percent of break-in reports result in an arrest, and the city has the dubious distinction of being the home to the highest rate of auto burglaries of any major California city. With solve rates that low, there’s little incentive to report unless an insurance claim demands it.

Despite the in-your-face nature of the break-in epidemic, my husband and I convinced ourselves we were the exception to the rule. We live in a little townhouse tucked away on a pretty (or “pretty for SOMA”) side street in San Francisco where the telltale glass rarely appears. That side street happens to be home to a hotel with 24-hour front-desk support. No one would dare break into a car with that kind of surveillance happening, right?

That not-me attitude combined with small living quarters and a single shared closet led us to do something every San Francisco resident would advise against: use our car as a ski storage locker.

We are avid (though not especially talented) skiers, and from January to May we spend every other weekend on the slopes in Lake Tahoe. It felt ridiculous to lug our skis, helmets, goggles, and bulky winter wear into the house after every trip. If we got them through the front door, where would we put them?

With owners like us, our car was a ticking time bomb. So last week, when we woke up to two shattered car windows and all of our ski gear gone — except, blessedly, the skis, boots, and poles — you could say we had it coming.

Here is what that beginner’s mistake cost us, in time and money:

While we lied to ourselves about residential safety, we were honest when it came time to select a car insurance policy. We picked a comprehensive policy with a low deductible, knowing that we might one day be repairing a broken window or two. That is one choice we don’t regret.

Time: 20 minutes (That’s five minutes to fill out the online claim form, plus 15 minutes to drop off and pick up our car. We’re lucky to live in car-repair central; a search for auto window repair turned up about 40 results in a 10-block radius.)

When I tallied up the cost of our ski clothes, gloves, helmets, and goggles, I realized something astounding. In the three years we’d been skiing regularly, we’d spent more than $2,500 on gear. That number doesn’t include ski boots, poles, or skis, which we lease on a season-by-season basis.

Lucky for us, March is prime time for winter sales, and we managed to replace all of our equipment for half of what we’d originally paid.

The morning of the break-in, I made a call to San Francisco’s non-emergency hotline to file a police report. We’d never gotten renter’s insurance — largely because the premiums are sky-high in our break-in-prone neighborhood — so there was no itemized claim to be filed. Still, I thought it made sense to report the burglary.

Time: 2 hours (A single epic phone call, during which which the 311 operator’s computer crashed twice. After two hours, she suggested I try again later when her computer problems had been resolved. I still haven’t filed the police report, and — at this point — I probably won’t.)

The silver lining in all this was the realization that we live somewhere that resembles a real neighborhood. The morning of our break-in, our neighbor called and texted to let us know what had happened, and offered to join my husband and our dog on a walk through the city’s tent encampments to see if they could recover our belongings. (If you don’t live in San Francisco, this might sound insane but it’s a strategy that got my husband a stolen bike back once.) We also heard from our landlord, who’d gotten the news from another tenant.

Those points of contact made us realize we wanted to be better neighbors ourselves, so we signed up for Nextdoor, a private community social network, in an effort to be more engaged and involved.

Time: 4 hours and counting, spent browsing Nextdoor and worrying about the safety of our neighborhood while feeling occasional rushes of gratitude for the kind and conscientious people in this virtual (and real) community.

Dresden Joswig Griffin is a digital content strategist in San Francisco, where she lives with her husband and dog. Most days she can be found trying to keep up in a group fitness class, testing the limits of her tiny kitchen, or curled up with a book.

1. We Did Good, Billfold
2. Question Wednesday
3. What I Learned From Five Years of Writing and Editing for The Billfold
4. How a Program Assistant Dealing With a New Paycheck System Does Money
5. Classic Billfold: What I Wanted From My Move to Portland and What I Got
carsinsurancelife-lessonstheft