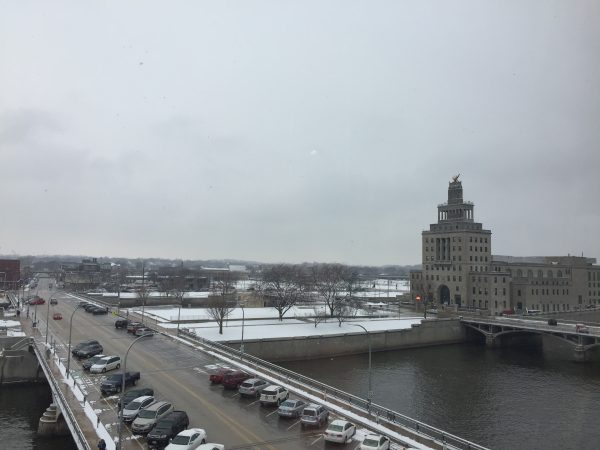 I am so ready for winter to be over.

I spent this weekend at the Mission Creek festival in Iowa City, and I was able to talk to all but one of the people on my networking list, plus I got to hear a bunch of readings and meet a bunch of people in the publication industry.

(I am ABSOLUTELY going to drive next time.)

The below-freezing weather also spoiled my plans to save money on food; I had planned to drink my bottle of Huel al fresco, because the festival venues weren’t exactly spaces where you could consume your own food (restaurants, bookstores), but it was way too cold to sit on a park bench for lunch, so I spent $8.93 for the privilege of eating a salad indoors.

I also started my summer travel spending this weekend: $110.37 on a Traveler’s Rest festival pass and $330.51 for three nights in a Missoula hotel.

1. We Did Good, Billfold
2. Question Wednesday
3. What I Learned From Five Years of Writing and Editing for The Billfold
4. How a Program Assistant Dealing With a New Paycheck System Does Money
5. Classic Billfold: What I Wanted From My Move to Portland and What I Got
check-inmonday-check-in