How to Network in a New City 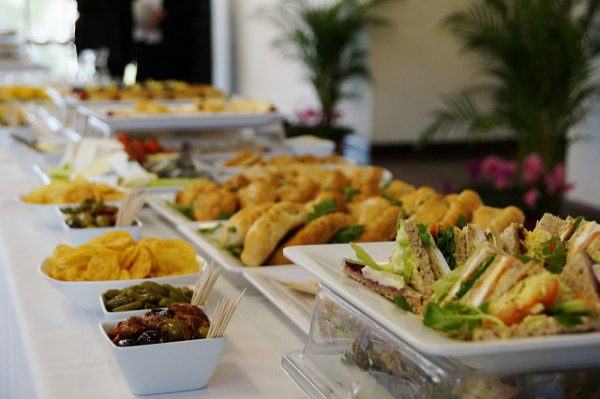 After I told y’all that I was going to the Mission Creek lit+performance festival this weekend, Billfolder jmoore asked if I could write about what it’s like to network in a new city. So… well, I hadn’t really thought about it, in part because networking after a move isn’t that different from networking in general.

In any given situation, whether you’re in a new town, at a convention, on a Jonathan Coulton-themed cruise ship, or preparing to attend a weekend festival, it’s a good idea to have a list of people whom you’d like to meet and a plan of action for meeting them. This might be a particularly Nicole technique because I am all about action plans, but I’ve found that if I don’t go into these types of situations with a goal, I’m likely to end up standing by the wall, hoping people will decide to come talk to me even though I’m actively staring at my phone.

I cannot remember where I first read this, so I apologize to the person who wrote it, but it was this idea that, whenever you enter a room of people whom you don’t know (whether it’s a party or a professional development seminar), tell yourself you’re going to start conversations with three people — and then figure out how to do it. That’s what I did when I went to the Revival Theatre Company fundraiser a week after I moved to Cedar Rapids, for example. Pick three people, introduce myself, ask them about themselves, there you go.

For Mission Creek, I have a slightly different strategy. There are specific people I want to make sure I meet, in part because I want to have a conversation about doing a reading or teaching a class in the future — but you can’t just walk up to someone and be all “HI, I WROTE A BOOK, WILL YOU GIVE ME SOMETHING.” You have to build the relationship first, and if you’re thinking that it seems a bit manipulative to introduce yourself to someone in the hopes that a month from now you can pitch them a course proposal, think of it this way:

The other reason why you don’t walk up to someone and say “HI, I AM HERE, I WOULD LIKE TO WORK WITH YOU” is because… most of the time you don’t know that yet? They could be super jerks — or, more realistically, you could introduce yourself and have a conversation and realize that you probably won’t be a good match.

It’s totally fine to tell these people what you do — and in a networking situation, if the conversation ends without the other person knowing your deal, you’re doing it wrong — but frame it as “two people getting to know each other,” not “talking for 10 seconds and dropping the ask.” This is also where having a current business card can be helpful, although my business cards are so out of date that I’ve stopped carrying them. (Getting new business cards is on the to-do list!)

When you finish the conversation, give yourself another action item. When are you likely to see this person again? If they’re going to be at another local event, make sure to go say hi to them. (You need to be on top of your local event game, btw. Where are the readings/seminars/happy hours for the people who do the same thing you do? Figure it out.) Yes, I add things like “6:30 p.m. writing group, say hey to Shannon” to my calendar, because I am a secret shyby who gets really nervous about walking up to people and saying “hey, good to see you again.” EVEN THOUGH IT IS VERY EASY TO DO THAT.

As with any relationship-building situation (dating, friendship, or professional), pay attention to how the other person responds. There is nothing socially inappropriate about saying “good to see you again” to someone you met previously. But if you’re the person who keeps trying to start a conversation at every event and they’re the person who keeps trying to not have a conversation with you, it gets inappropriate really quickly. So watch the body language, watch the eyes, see if they ask you any questions or if they only give one-word answers to your questions, the usual stuff.

I’m going to quote another source that I can’t remember, but the idea is that friendships are born out of repeated, spontaneous interactions. Professional relationships can be built the same way, but they’re often forged from repeated, planned interactions. “Planning,” in this case, being as simple as “I am at the same event/convention/festival as this person. I should make sure to say hello.”

It’s good if you know what to say after “hello,” such as “how’s the book going?” or “I read that article you wrote — I really appreciated that you included the local perspective.” If you have to default to the weather, then go ahead, especially if it’s snowed twice in the past week and you are so tired of winter that you can’t wait for four British kids to show up and take over the country. But if the other person is as interested in you as you are in them, they’ll do their share of keeping the conversation going.

And that’s how you network in a new city — or, really, anywhere.

Also: here’s that article I wrote a few years ago about how I built my career by networking at conventions.

1. We Did Good, Billfold
2. Question Wednesday
3. What I Learned From Five Years of Writing and Editing for The Billfold
4. How a Program Assistant Dealing With a New Paycheck System Does Money
5. Classic Billfold: What I Wanted From My Move to Portland and What I Got
careersI have found that it's easier to start conversations in Cedar Rapids than it has been in other citieslife-lessonsnetworking