Life in the Land of Layoffs 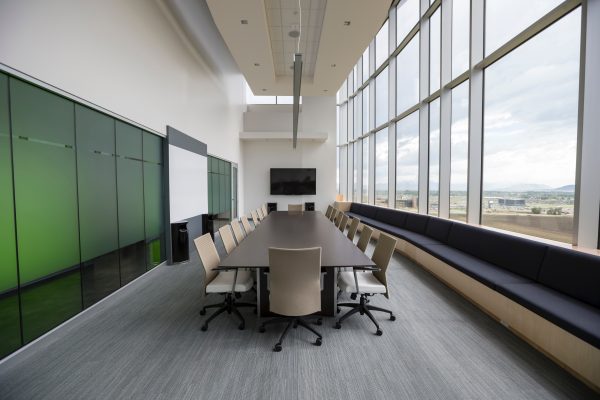 Photo by Benjamin Child on Unsplash.

I started my job three years ago, and within six months, there was talk of upcoming layoffs. I work in education but not as a teacher, and support staff of various kinds seemed most likely to be targeted. I explained calmly and patiently to my co-workers that I had figured out what I’d need to go part-time, which was my planned proposal if they decided to eliminate my job. In response, all my co-workers, most of whom had been there for five or more years, assured me that I wouldn’t be fired.

I didn’t believe them. I thought it’d be silly if I were fired, since the school would still need someone to do my work, and I was willing to go part-time if it meant I got to still have a job — but I didn’t think layoffs were out of the question. I finished college right after the Great Recession, and I have watched my friends work jobs for short stints only to have their positions eliminated. So yes, I knew I could be fired, and I thought it was likely, and I planned for it. But I wasn’t worried. Layoffs happen to everyone, and maybe this time it was my turn.

What surprised me about this particular educational institution was that no one else seemed to think layoffs were imaginable; the school hadn’t really cut staff before. People who had worked in more corporate settings were more calm about the whole thing, but the fact remained that there was a palpable tension around campus. In the end, about 20 of the 300 total employees were laid off, and I wasn’t one of them. I did learn, however, that the culture of a work environment changes during a layoff period — and if you don’t want to get caught up in everyone else’s anxiety, here’s what you should do instead.

I watched a lot of precious person-hours get wasted discussing the potential layoffs and spreading rumors. Some of my coworkers found these conversations soothing, but I needed a different kind of comfort. I threw myself into my work and tried to figure out how every part of my job fit into the school’s vision. I also started building connections with other people at the school, whether or not we directly worked together. Would these people help me keep my job? Probably not. But if any one of them was consulted on whether the school could survive without me, I wanted them to be on my side.

I also realized that doing my best work was a great way to stop paying attention to the fear of not having a job someday. I wasted less time and worried less. I am still using this strategy, and it has helped me also find even more things to like about my job.

There were several weeks between the initial layoff announcement and the first round of layoffs. During this time, multiple people who worried for their jobs fired off job applications to a variety of other employers. Some of them got job offers and left the school without waiting to hear whether they would be laid off. Constant limbo puts people into a scarcity mindset that prompts them to reach out for any kind of control they can grab.

While I personally didn’t apply for other jobs during the first round of layoffs, I did throw some applications out during the second round. I didn’t think any of those jobs would be better than my current gig, but I bet other people were probably discovering that they were underpaid or undervalued at our school. While this kind of notice was “good” for people, in the sense that they had time to look for new jobs, it sure seemed bad for the business. It also wasn’t great for individuals who weren’t actually getting laid off, since we wasted a lot of time, no matter how productive we tried to be, wondering whether we would be next.

One of the ways I comforted myself during the first round of layoffs was by writing up a clear rationale for why it would be better for the company to keep me on part-time than to just fire me and try to offload my work to other staff members. My rationale spelled out how I would offer as many of the functions I currently offered as I could, while strategically cutting the less productive items from my job description.

I never got to use my counteroffer, but I honestly think it had a good chance. In small and medium-sized companies that want to cut back on staff without cutting their core services, layoffs mean everyone has to work harder. Going part-time would mean I’d have to get on my spouse’s insurance, but that would be the only major change; my husband and I are lucky enough to be able to absorb the income loss, and switching to part-time would give me time to look for a better full-time position.

The bigger reason why it was a good idea to have the counteroffer was because it gave me back a little bit of control. That first year, no matter how hard I worked, I didn’t feel like I had control over what my next year would look like.I didn’t share my coworkers’ scarcity mindset, but I did want to feel like I had some agency in the situation. Just the feeling that I knew what I’d say to the bad news felt like a small victory.

I have now survived a second round of layoffs at this job, and a third round is scheduled for next year; the school is trying to realign to the needs of their students, which means bolstering some areas and completely eliminating others. I’ve spent my entire tenure at this company with the back-of-my-mind knowledge that I might not have a job soon — but that’s how it is at most jobs, so I’ve tried to make sure I’m prepared for anything that might happen.

1. We Did Good, Billfold
2. Question Wednesday
3. What I Learned From Five Years of Writing and Editing for The Billfold
4. How a Program Assistant Dealing With a New Paycheck System Does Money
5. Classic Billfold: What I Wanted From My Move to Portland and What I Got
career-changecareerslayoffs