The Billfold
Getting Fired

I Didn’t Jump Into a Career Change. I Was Pushed. 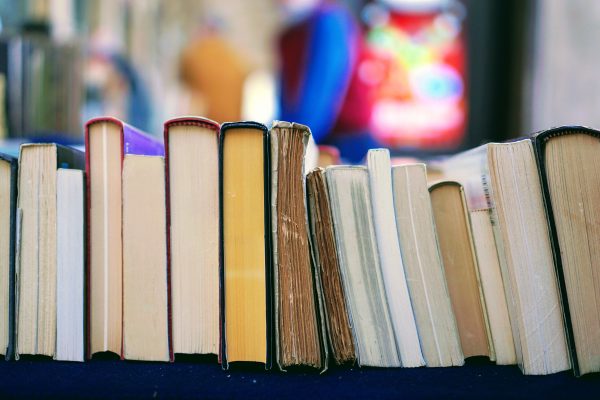 Photo by Tom Hermans on Unsplash.

In college, I had dreams of grandeur about working in publishing, so I took a six-week course in book and magazine publishing at NYU right after I graduated. I was so convinced that I would love New York that I bought a one-way ticket and expected to look for jobs there as soon as my program ended. Unfortunately, between the weather and the highly competitive atmosphere, New York didn’t agree with me, and I retreated back to my homeland: the San Francisco Bay Area.

The good news was that I was quickly able to snag an elusive West Coast job in publishing, but the bad news was that the gig was at a textbook publishing company. I was an editorial assistant in the calculus department, even though I had never taken a calculus class in my life. From the beginning, I knew the job wasn’t a great fit — but it was 2010 and the job market for English majors left something to be desired, so I went to work.

At the risk of sounding dramatic, the next 18 months were some of the most boring of my life. I wasn’t actually given a lot of work to do, and what I was given was tedious and didn’t interest me. I didn’t seek out work when I was finished with what I was assigned, and instead spent my days reading The Hairpin, watching Hulu, taking extended coffee breaks, and daydreaming about getting a different job. I was making $30K a year; when I accepted the offer it had seemed like a ton of money (I had never had a salary before and didn’t know better!), and I quickly realized that it was hardly enough to live on. On top of my general disinterest in the work I was doing, I was also commuting an hour each way. Let me tell you, the majesty of the Golden Gate Bridge dims a little when you’re crossing it twice a day.

Another thing that increasingly nagged at me was that I didn’t support the mission of the company. In fact, I was diametrically opposed to the work I was doing. I was helping to churn out new editions of calculus textbooks that varied only slightly from previous editions, just so we could charge students $150 for the privilege of using our math problems for a semester. Every time one of our new books published, I would cringe and remember my own undergrad trips to the bookstore and my mental calculations about which books I absolutely needed and which I could get away with not owning. I felt like I had sold out, and was disturbed to know that my morals could be bought at the bargain price of $30K.

I researched other potential career choices, such as becoming a teacher or librarian, but I’ve always been risk-adverse and I didn’t want to leave a job with a paycheck to go back to school and be broke. It was too scary to make such a drastic move, so I toughed it out, always keeping my eyes open for other job opportunities.

One day, I saw a job opening as a literary agent’s assistant and applied immediately. The interview went really well; the job promised a shorter work week, better pay, and appeared to be much more creative and in line with my professional goals. The woman who hired me seemed friendly and we had a good rapport, and I envisioned us collaborating on exciting projects together. When she called to tell me I got the job, I cried in my car, feeling a mixture of joy at the opportunity and relief at being able to leave the textbook world behind.

Within the first two days I realized I had made a mistake. The job had been described as a creative position in which I would get to liaison with authors, read manuscripts, edit and market titles, and interface with publishers. In reality, it was a combination of technical support and accounting. The woman who hired me turned out to be exacting and particular and frightening, reminding me a bit of Miranda Priestly from The Devil Wears Prada. I started the job on a Monday, and after four stressful, bumbling, tense, days, I was fired.

I have always been a rule follower and a box checker, a person who does what is expected of her in a neat and orderly fashion. I don’t like taking risks or dealing with the unknown. Growing up, my favorite part of playing video games was collecting money — my sister’s Mario would be furious as my content little Luigi wandered around pocketing gold coins, leaving her with all the work of fighting angry mushrooms and saving Princess Peach. My life was supposed to follow a tidy line from high school to college to a career, and suddenly all of my plans had been upended. I was totally unmoored.

The day after I was fired, I submitted my application to a library science graduate program. When I was at the textbook company, becoming a librarian was my frontrunner for other career options because I thought it would combine my love of books with my interest in working with the community. Getting fired was the swift kick I needed to set the process of earning the necessary degree in motion. What I hadn’t accomplished in 18 stagnant months of unhappiness, I did in 24 hours when I didn’t have another choice.

The following week I went on unemployment while I looked for a part-time job. I eventually took a job at Starbucks working the 4:30 a.m. shift so that I could keep my afternoons free for studying and internships, which ended up being the best decision I made. My program was entirely online and allowed me the flexibility to work — if not, I’m not sure how I would have managed.

Tuition over the two-and-a-half-year program cost $17K, not factoring in books, living expenses, or lost wages from full-time work. In my second year I started taking on internships at public libraries, which counted toward my degree. While it still galls me a little that I was basically paying my school for the pleasure of working for free, both of these internships led to part-time paid work in public libraries, so it worked out in my favor. I stacked these internships and part-time hours on top of my Starbucks job, so some days I was working from 4:30 a.m. to 9 p.m. At one point I was working three jobs and had a total of four days off per month; if something paid, I didn’t turn it down.

I graduated from my program in December 2014. I started my current job as an independent school librarian in Fall 2015 and I absolutely love it. When I worked at the textbook company, my first conscious feeling when I woke up every morning was dread. Today, I’m one of those obnoxious people you sometimes meet at a dinner party who describes their work situation not as a “job” but as a “calling.” I’m really good at what I do, and I’m always excited to go to work and try new things. I get to goof off with kids, nerd out about the latest YA dystopian craze, or build a moving staircase so my students can make a Harry Potter movie trailer. Sometimes my whole day is spent teaching research techniques, demonstrating eBook platforms, or creating resource lists. Other times, my most valuable role is to be the adult who listens when a kid is having a rough time. Every day is unique, and my days of aimlessly watching Netflix or browsing the web at work are long over (although I still make time for The Billfold!).

Financially it’s hard to say if this route was the “right” choice. Even though I make about $20K more now than I did before, I theoretically could have stayed at the textbook publisher and worked my way up to a comparable or higher salary — and when you factor in the money spent on the degree and lost wages for the time I was in grad school, I’d probably be financially ahead if I had stayed put. Honestly, if a weird series of events hadn’t upended my life and forced me to take a huge career risk, that’s probably where I’d still be. In a roundabout way, getting hired at a job that sounded great and then getting fired after less than a week turned out to be the best thing that’s happened to me professionally, and I’ll always be grateful for it.

Jenny Staller is a school librarian and Slytherin who lives in Oakland, California. Her sister still complains that she was a drag to play video games with.

1. We Did Good, Billfold
2. Question Wednesday
3. What I Learned From Five Years of Writing and Editing for The Billfold
4. How a Program Assistant Dealing With a New Paycheck System Does Money
5. Classic Billfold: What I Wanted From My Move to Portland and What I Got
bookscareer change seriescareersgetting-firedlibrarianslibrarieslife-lessonspublishing