How I Became Successful by Not Following My Passion 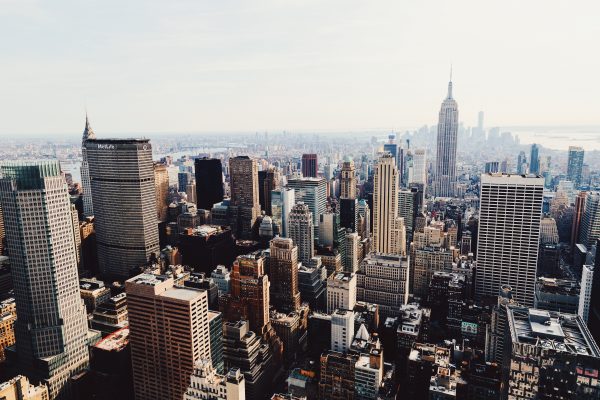 Photo by Zach Miles on Unsplash.

Growing up, I still remember sitting on the floor of my living room every evening, intently watching Peter Jennings on ABC World News Tonight.

Pretty nerdy, I know. But I wanted to be the next Christiane Amanpour, the always thoughtful, always articulate journalist and correspondent. Here was a shining example of a daring, successful woman daring to go into war zones to bring the news of the moment into our living rooms.

On the other hand, my parents had their own ideas. They pushed me to explore and choose a path that was more financially secure (even though they weren’t paying the college bills).

A lot of this mentality is steeped in an understandable immigrant narrative. As Indian immigrants who grew up without much money, or higher education and the careers that stem from it, my parents wanted more for their daughter.

They wanted the traditional markers of success, and a more assured path for their child. To ensure I had a solid education — something no one could take away — and that I was armed with a way to pay the bills and then some.

In some ways, it was also an affirmation that their struggles had not been in vain. And, as a woman in a conservative culture, I could see the value in having financial control over my own destiny.

So off I went to business school at UNC Chapel Hill, and in 2002, started working for a major bank in New York City.

Overall, it wasn’t a bad gig. As a 22-year-old, I was earning $50,000 right out of college, with practically no student loan debt, and working in the greatest city in the world.

But two years into it, I was growing increasingly antsy. Working in the financial services industry was unfulfilling, and spending most of one’s waking hours to simply help others make more money became a recipe for misery.

As I imagined my life stretching out before me, it was a life cluttered with spreadsheets and meetings, meaningless and lavish social outings. That uninspiring vision awakened a part of me that was still seeking a higher purpose, a more fulfilled life.

At that point, I decided I’d had enough and would follow my passion for politics and international relations after all. Practicality hadn’t worked, so maybe the path of passion would.

In 2005, after a year of planning, taking the GRE, and filling out applications, I left the financial services industry where I was earning $65,000 as a 25-year-old.

Back then, it was a lot of money to leave on the table, especially if your new plan was to start back at $0. But I was young, debt-free, and chasing an old flame.

At first, studying international relations full-time at NYU was the embodiment of a dream. Finally, here was the life I was meant to live. A dream fulfilled, not deferred.

Admittedly, those two years were full of learning and development, both personally and academically. But here were the financial consequences:

Depending on how you do the math, this career detour cost roughly $267,000 in earnings — and losing out on more than a quarter of a million dollars is nothing to take lightly. (Total lost earnings were calculated assuming a 35 percent tax rate, primarily for simplicity. This means that paying off $70,000 in student loan debt would require requisite pre-tax earnings of $107,000, while saving $20,000 would require approximately $30,000 in pre-tax earnings.)

The reality of my situation didn’t dawn on me until the job search started in earnest.

After my last semester at NYU and an exhaustive job search, I realized the highest salary I would likely get with my expensive degree was $40,000. That meant I’d be paying off my student loans until I was old and gray.

It sounds funny, but this is when I had another vision — yes, another one.

I imagined myself as an older, more vulnerable woman going about an ordinary day, and asked myself:

This is what I concluded: if I put all my energy into it, I could make a lot of money now and buy myself the freedom to do whatever I wanted later, without my older self having to worry about making ends meet.

After going over the numbers, I made a second career change and went back to the financial services industry. Thanks to my prior experience at the major bank, a recruiting company quickly helped me find a job that paid $90,000, plus an opportunity for a bonus.

Since then, I’ve stayed in the industry. I’ve steadily moved up the ladder by building relationships and doing good work, and I’ve transitioned into a specialized area I find personally meaningful.

Taking this approach also allowed me to kill all of my student loan debt within five years.

For the past eight years, I have earned a six-figure salary and have been promoted a number of times. As a result of not following my passion, I have my own (albeit small) apartment in New York City and am now financially independent.

What I learned from these career adventures is that you don’t have to follow your passion. It makes us feel warm and fuzzy but many times it’s not the smartest path for us. I chose to follow the money instead, and now I have the freedom to work on what I want — which may someday include another career change.

Bhavini Naik lives in New York City, where she fights financial crime. She also offers free tips and tools at Smart Money Manners, where she writes about building habits that make people rich. She still loves international relations (and Christiane Amanpour). You can follow her musings on Twitter.

1. We Did Good, Billfold
2. Question Wednesday
3. What I Learned From Five Years of Writing and Editing for The Billfold
4. How a Program Assistant Dealing With a New Paycheck System Does Money
5. Classic Billfold: What I Wanted From My Move to Portland and What I Got
career change seriescareer-changecareersdo what you lovefinancial-independence