How I Became a Therapist 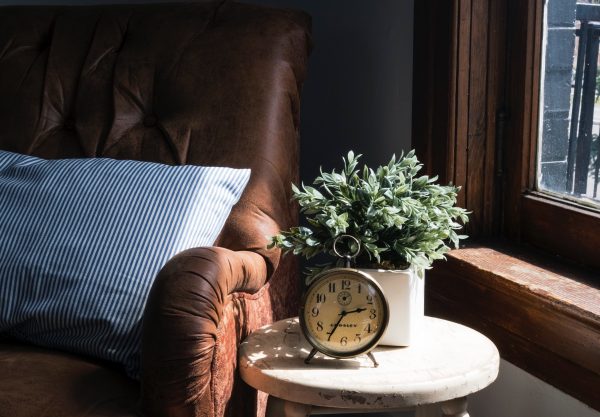 I spent my twenties teaching college English, first as a grad student and then as a full-time instructor. On a sunny August day in 2009, I walked across a campus parking lot with my contract for the upcoming year in hand. I had been teaching at this university for two years, and was committing myself to a third. My inner voice screamed at me to put the contract in the trash and run away, but I kept walking. I had just signed a lease on a new apartment and couldn’t imagine what other job I would get in this economically depressed college town.

Earlier that summer, on my twenty-ninth birthday, I’d told my friends that I thought I would be a good therapist, but I wasn’t sure because I’d never been to one. They pointed out the significant stressors in my life — Mom dying of cancer, a job that I mostly loathed — and suggested that it would probably good for me to try. I liked planning classes and working with students during office hours. I was disappointed that most students put in minimal effort to coast to a B or C grade. I have an irrational rage reaction when people talk while others are talking, which multiplied when I was standing in front of a classroom and the talker was one of my own students. The students seemed to need or want me to be something more than a teacher. Their problems and obstacles often felt beyond me, and not at all related to what I was teaching. When I imagined myself still there in ten years, I felt depressed.

Nine years, four jobs, three therapists, a new master’s degree, and tens of thousands of student loan dollars later, I can say that I was right. I am a good therapist. I never dread going to work (which is not to say it’s always fun). I make more money than I ever have, with potential to make more as my experience grows. However, I owe more on student loans than I do on my mortgage, with interest piling up as I make income-based payments.

After that third and final year of full-time college teaching, I moved to a new city and got involved in non-teaching roles in the public school system. I was overqualified, broke, and ultimately bored, but it gave me time to figure out my next move. On the few occasions I was asked to cover class for an English teacher, I stood in front of the classroom feeling like I’d never left. It was a familiar, though not exciting, feeling. I considered getting a teacher certificate for K-12, but never took action.

In January 2013, I woke up, remembered my desire to be a therapist, and thought, “I think I’m ready to do that now.” I spoke to an advisor at the university across the street from the high school where I worked. I dreaded studying for the GRE (my old scores were expired), and I felt a little silly asking my creative writing professors to recommend me to a mental health counseling program. But none of these pauses led to a stop. I gathered my application materials and hoped the program would be open-minded about someone whose only prior experience in the field was earning a C in an introductory psych class thirteen years ago. I still remember the moment when I found out I was admitted. While supervising a study hall in the auditorium, I sat behind the rows of students at my little table, perusing my iPad. The email appeared and I read and reread the words, tearing up in happy disbelief.

After six years of teaching and working in the school system, that August I stepped back into the role of student. It was intimidating to meet my classmates, who were a full decade younger and freshly graduated from their undergraduate psych programs. Regardless, I sat down in a classroom on my first night, flipped my notebook open, and angled my body toward the professor. He had my full attention. Now I was excited.

It was grueling for the first semester, taking five classes while I kept my full-time job. I set a good example for my study hall students, laser-focused on my PowerPoint printouts and textbook chapters while they got away with chatting and texting. Weekends were for homework. I forgot about exercise and cooking, eating whatever I could get my hands on, especially if it was free. After work, I walked across the street for class — often with a stop at the convenience store for my vices. I had taken to stress-eating almond Snickers and drinking Cherry Coke to stay alert in evening classes. The pounds accumulated.

During the second year, I had to intern, which meant quitting my job. I became an Airbnb host, and — thanks the generosity of a good friend who put me up for many nights while my home was inhabited by guests — kept my mortgage paid.  My program offered some scholarships, but the bulk of my tuition, plus living expenses, became debt. As a thirty-three-year-old who’d heard plenty of student loan horror stories, I did my research. I used only government direct loans so I could qualify for forgiveness programs. I should either qualify for Public Service Loan Forgiveness after ten years of working at non-profits, loan forgiveness after making twenty years of income-based payments, or a lump sum in exchange for moving somewhere remote to work in the National Health Services Corps. I hope it’s PSLF but I am happy to know there are options.

I graduated in June of 2015 and took my first job as an in-home therapist, driving all over the city to meet families where they are. After two-and-a-half years, I was hired by a residential facility to be the therapist at a cottage for elementary school boys with significant behavior problems. Moving to a job in residential care changed my working life significantly. Because I do like the work, I tend to reach my limit without having realized I was headed there. Therapy for myself is a non-negotiable self-care practice. Any time I can afford a massage or a pedicure, I get one. I used to take leisurely vacations and extended family visits. Now, I don’t have breaks or much vacation time. Working in a residential facility requires on-call shifts and reliance on other therapists to see my clients any time I want a vacation. I’m planning to start taking frequent weekend trips so I can get a change of scene and clear my mind without using vacation time.

In other ways, things don’t seem to have changed. Most of my schedule is up to me, as long as the work gets done. Planning treatment is similar to planning a class — there’s an overall goal, I choose the steps we take to get there, and plans are often dropped or changed. The analytical skills I developed studying literature and writing are crucial to understanding my clients’ stories and needs. Every day, I think about metaphor, narrative, image, symbol, repetition, motivation, perspective, patterns, and context.

One of the reasons I wanted the change was that so many of my college students seemed to have serious problems that I wasn’t qualified to help them with. Now I see and hear about problems all day, every day. I went from working with some of our society’s most privileged to working with some of the most vulnerable. My clients are Medicaid recipients, often being raised by grandparents or other family members because their parents are using drugs or in jail. Every day I am stunned by their stories and honored that they share them with me.

If I had to do it over again, I would. I needed some time to gear up for the change, but once I started moving, it was impossible to stop. This career change cost me a lot of money and energy, but I am proud of myself for making it happen, and content with how I spend my days.

Rachel Mack is a writer and a therapist living in Louisville, KY. She collects her writing at rachel-mack.tumblr.com.

1. We Did Good, Billfold
2. Question Wednesday
3. What I Learned From Five Years of Writing and Editing for The Billfold
4. How a Program Assistant Dealing With a New Paycheck System Does Money
5. Classic Billfold: What I Wanted From My Move to Portland and What I Got
career change seriescareer-changecareersteachingtherapisttherapy