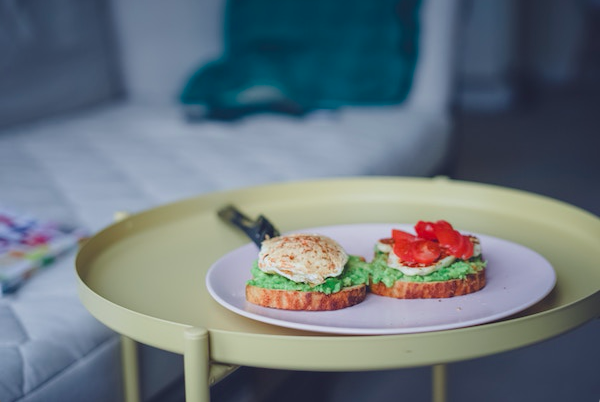 Photo by Toa Heftiba on Unsplash.

So… I was browsing “money news” this morning, like I usually do, and I saw this Dutch News article about a man who decided to stop using money:

When Mundo Resink (35) realised that money was holding him back in life, he chose a drastic solution: to live without it.

For eight months between 2015 and 2016, he made himself the subject of his experiment. He travelled across Scotland and Portugal ‘and all the countries in between’, hitchhiking, volunteering and knocking on doors, until a sudden decline in his father’s health brought him back to Amsterdam, where he continued the project until he felt the experiment was over.

Whenever I read about experiments like these — and there are many — I always want to scream “BUT YOU’RE LIVING ON OTHER PEOPLE’S MONEY!” You can’t say “I gave up money and discovered that there were all kinds of wonderful people who would offer me food and shelter” without noting, at least on some level, that they bought that food and shelter with money. All those generous people can give you a place to sleep because, at some point in their lives, they paid for a couch — or a house large enough to have a spare bedroom.

Even intentional communities, where a group of people commit to growing their own food and taking care of their own basic needs, require money to get started; if you read Mark Sundeen’s The Unsettlers after our Billfold Book Review, you might remember just how much cash it took for that La Plata intentional community to get off the ground and back to the land. The whole reason the community ended up in La Plata, Missouri was because the family who founded it couldn’t afford to purchase real estate in Oregon.

I know I’m getting a little ranty, but this is a particular pet peeve of mine. You don’t get to opt out of money by borrowing items that other people have purchased with money. Call it an experiment in human connection or a study in vulnerability or a return to the barter system, but don’t frame it as “I’ve figured out how to live without money” because… you haven’t. Someone paid for that meal you’re eating.

When you visit Resink’s website, you learn that his experiment taught him how to move “beyond limiting beliefs like ‘but I have to make money’.” That statement isn’t necessarily false; part of what makes a family or a community work, for example, is the implicit promise that people will take turns supporting each other. But we haven’t gotten to the point where people don’t have to earn money.

Maybe once the whole Basic Income movement takes off, but not yet.

1. We Did Good, Billfold
2. Question Wednesday
3. What I Learned From Five Years of Writing and Editing for The Billfold
4. How a Program Assistant Dealing With a New Paycheck System Does Money
5. Classic Billfold: What I Wanted From My Move to Portland and What I Got
experimentslife-lessonsmoneysharing