Dear Businesslady and the Case of the Intolerable Coworker 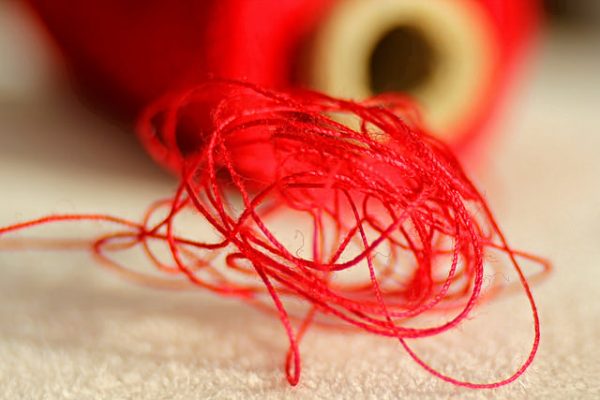 I desperately need advice on how to deal with a difficult coworker and feeling unheard by management. My coworker, Kay (not her real name), is a pretty unpleasant person to work with and the reason is not known to anyone — including me. She can be rude to customers, many have complained, she doesn’t listen to coworkers more senior to her, she makes many mistakes and blames others, the list goes on.

We got along fine at first, then we had an argument and quit speaking for a while, after which we had a conversation and agreed to move forward on better terms. But soon she started having issues with me again and instead of coming to me to address them she ran to the manager behind my back. The manager and I had conversations about how Kay felt, and we worked it out and planned to more forward. She has a bad habit of going to the manager instead of working out an issue with whomever she has a problem with.  It was making me and another coworker look like we were picking on her and not doing our jobs. We honestly weren’t, it’s just like this with her — for a time everything is fine and then out of the blue, she is angry and complaining about everything. I personally can’t operate in that environment, it’s too chaotic.

Recently we had a meeting where I tried to address my issues with Kay, and it blew up. Tension was high, raised voices, and Kay walking away crying in the bathroom. My manager said it felt like a gang-up on Kay but everyone else gets along very well without any problems. She is the only person we have issues with so of course it will feel like that — and we tried to prevent it but she won’t work with us to make the environment better. I wanted the meeting to be constructive but it turned into a one-sided venting session, with me and two other coworkers addressing our issues with Kay but Kay not explaining the issues she has with us. We can’t fix a problem if she doesn’t tell us why she feels angry with us.

The manager in my opinion did way too much to please her and dismiss us. The manger and I had a conversation later and it showed to me I wasn’t being heard. She agreed that it’s Kay way of handling situations to go to the manger, and that while others might handle it differently, it’s okay for Kay to do it.

But it’s not okay for me, because I rather you speak to me first then go to the manger if you felt I was dismissive of you. Every little thing shouldn’t have to go to the manager — we’re adults and should be able to work it out together. I want to be in a better, healthier working relationship with all my coworkers but don’t see how.

Ugh, what is Kay’s deal, right?? Regular readers of this column will notice that your letter is unusually long, and that’s not an accident. Yes, there’s a lot of valuable detail in there, but there’s also a certain vibe — the breathless narration of a long-simmering conflict where each new offense builds on the one preceding it.

I get this way when I talk about a horrific roommate I once had, because if I tell you about just one of the things he did, you won’t understand the depths of his awfulness. Each tiny, forgivable-on-its-own incident becomes part of a larger pattern. So you have to explain them all — and the complicated interrelation between them — like that one thing — and that other thing — and that REALLY egregious thing — and that thing you just remembered and now it’s making you mad you all over again — until suddenly you’ve got a bulletin board covered with sticky notes, photos, newspaper clippings, and string, and you can’t stop obsessively adding push pins.

What I’m saying is: Kay is in your head. She’s gotten to you. You’ve reached the proverbial “bitch eating crackers” phase with her, and it sounds like pretty much everyone else you work with is right there with you.

I’m not going to try to make you feel bad for Kay, but I will quietly point out that few people thrive in an environment of palpable dislike. She’s undoubtedly just as unhappy as the rest of you, if not more so, which I guess is at least one thing you all have in common.

It’s also possible that Kay loves being the catalyst of all this agita, in which case she will find a way to keep it up no matter what you do. But I’m encouraged by the early days of your working relationship, when you got along fine, and the fact that you managed to reach a truce after your first big blowup.

I’m an optimist by nature (which is an asset in the advice-giving game, since “learn to endure your inalterable reality” isn’t exactly helpful). I want to believe you can improve this situation, if only because it doesn’t seem possible to make it worse.

Wait, I take that back — you could probably make it worse by having another group meeting. I can see why you thought it might work, and also why it went so horribly awry. Being the target of a communal airing of grievances sounds like a living nightmare, even for the most unflappable person, and we’ve already established that Kay is of a more delicate temperament. I believe you when you say you had good intentions, but the balance of power in that room was too off-kilter to be constructive. Even if she’d tried to explain why she was upset with the rest of you, it would’ve perpetuated the same dynamic, with each of you explaining your side and essentially saying she was wrong to feel that way.

A one-on-one conversation between the two of you, though? It just might work.

But don’t corner her. Plan to grab lunch together, or otherwise find a time when you can sit down and chat in a private spot — whatever makes the most sense in terms of your respective schedules. Then do the following: Apologize for the way the previous meeting went down, and for failing to realize beforehand how it would make her feel. Express nostalgia for the days when you were cordial with one another, even friendly. Convey your sincere desire to mend the rift in your relationship. Ask her what, if anything, she’d like you to do differently on your end. Listen non-judgmentally. You don’t have to agree to everything she says or change up your entire workflow to cater to her, but try to be open-minded about how you might be able to make her life easier.

If you want, you can encourage her to speak to you directly if something’s bothering her instead of going straight to your boss. But if that habit continues, I’d recommend trying to let it go. In the grand scheme of things, it might actually encourage more hands-on management of Kay, which would benefit everyone.

Most importantly, don’t let this conversation turn into an argument. If it starts getting heated, take a step back and revisit it another day. Use de-escalating language like “I’m sorry you feel that way, but since we’re not really hearing each other right now, let’s talk later.” Refuse to rehash old conflicts. End on a positive note, by promising you’ll do your part to change the toxic culture you’re all stewing in.

Then, whenever your coworkers inevitably start griping about her within your earshot, shut it down. “I actually had a really productive talk with her the other day, so I want to give her the benefit of the doubt from now on.” Be on the lookout for ways to advocate for her without repositioning yourself as the new office pariah.

Finally, let your manager know what you’re up to. Don’t frame it as your heroic quest to solve the Kay Problem, but rather, a personal decision to improve the function of your business. See if she has any advice for how you can support one another and keep everyone getting along — consistently polite if not effusively sociable. Because at the end of the day, if Kay really is (as you say) making mistakes and irritating customers left and right, that’s a performance issue — and your manager’s problem to deal with. But who knows, maybe once there’s less friction among your team, Kay’ll be able to focus more on doing her job correctly and projecting a customer-friendly demeanor.

I can’t guarantee this will be effective, or that any positive outcomes will last for the long term. But if nothing else, it will let you reclaim some control over a situation that’s currently controlling you. It will also give Kay the opportunity to break out of her self-defeating patterns — if she wants to.

She may not want to. She may never change. She might always be the most frustrating part of your workday. So what? Life is full of coffee stains, broken shoelaces, buses that pull away right as you reach the stop. And while you might complain about one of these petty annoyances right after they happen, you can’t enfold them all into a story about how the world itself is out to get you. Kay’s not trying to make your life miserable — and even if she was, why would you want to let her succeed?

Tear down your collage of accumulated Kay criticisms, put a fresh coat of paint on that wall, and resolve to change your perspective. I promise you will feel less frustrated once you do.

Courtney C.W. Guerra has been giving work advice as Dear Businesslady since 2014 and is the author of Is This Working? — a “friendly, quietly funny, and reader-centric” career guide. Keep in touch via Twitter, Facebook, her TinyLetter, or her website.

Read the Dear Businesslady archives here on The Billfold (and when they’re back online again—which should be soon—on The Toast).

For more tips, check out Keeping It Collegial with Coworkers Who Grate Your Nerves on Huffington Post. Or if your office nemesis is also your boss, try How To Take Feedback From A Manager You Can’t Stand on FastCompany.

Got a job problem? I’ll help solve it! Email dearbusinesslady@gmail.com.

1. We Did Good, Billfold
2. Question Wednesday
3. What I Learned From Five Years of Writing and Editing for The Billfold
4. How a Program Assistant Dealing With a New Paycheck System Does Money
5. Classic Billfold: What I Wanted From My Move to Portland and What I Got
advicecomplaintsconversationscoworkersdear-businessladydifficult-peoplenemeseswork