Living in Cedar Rapids Without a Car 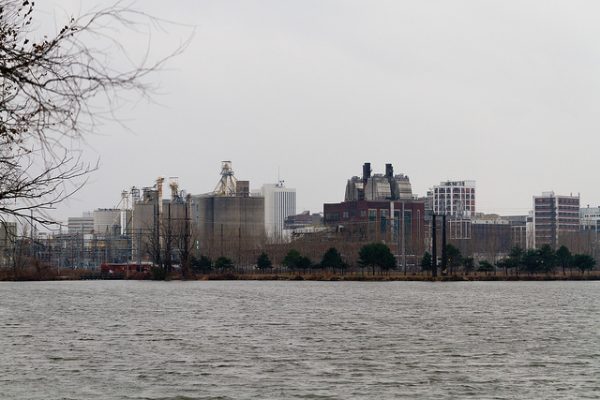 I wanted to give you an update on how I’ve been managing in Cedar Rapids without a car. So far, I’ve been navigating the city by foot, bike, bus, and Lyft/Uber; occasionally someone will see me pull out my phone to grab an Uber and they’ll be all “I can give you a ride,” but most of the time I get to and from places on my own, as it were.

The hardest part of getting around hasn’t been learning the bus schedules or figuring out the best bike routes; it’s been the weather. I knew going in that Iowa would have cold, snowy winters, but this one has been the coldest in several years — and there’s been as much ice as snow, which makes it harder to walk and impossible to bike. I do see people biking pretty much every day, so I know it isn’t really impossible, but it’s not something I feel comfortable doing until I get a little more bike experience and maybe some of those fat tires. (Yes, my bike can accommodate wider tires; it’s one of the reasons I picked it.)

The other hardest part of getting around has been finding walking routes that include sidewalks. Once you’re out of downtown, the sidewalk system gets a little weird; you’ll be walking down a residential street, and suddenly there’ll be two blocks without any sidewalks. Same goes for the non-downtown businessy areas; there are a lot of sidewalks, which I appreciate, but there’ll be these random blocks that don’t have any sidewalk, so I have to backtrack and figure out a path that doesn’t involve walking in the gutter of a busy road. (The worst is when you can see where the sidewalk starts up again, but you can’t get to it safely.)

Which brings me to Lyft/Uber, and around here it’s mostly Uber, so I reinstalled the app back onto my phone. I do try to get a Lyft first, but there are more drivers on Uber, and I can get an Uber ride even when Lyft claims there are no drivers available. At first I wondered if I would be, like, one of the only people using Uber, but every time I’ve been in one I’ve seen the driver’s phone light up every few minutes with new ride requests.

In terms of cost, I’m paying a lot less to Uber/Lyft than I ever did in Seattle, in part because I’m traveling shorter distances. Some of these distances will convert to bike rides once the weather gets warmer, but some of them will always be safer traveled by car — because of highways, late-night trips, etc. — which means I’m always going to need access to a car, whether it’s my own or someone else’s.

I’m not the only youngish professional who is living the carfree life in CR — apparently I’m part of a tiny trend — but there are a couple of obstacles I’ll have to overcome if I want to keep living like this. First, I’ll have to normalize the Uber trips. Right now the conversation is “oh, Nicole doesn’t have a car,” and I want to flip that to “oh, Nicole takes Uber.” That was something I didn’t completely pull off even in Seattle; people would ask me how I was going to get places if I didn’t have a car, and I was like “but I have access to a hundred cars?”

Second, I’ll have to figure out how to leave Cedar Rapids. One option is to re-learn how to drive and rent a car every time I need to travel to Mount Vernon or Iowa City. Another option is to keep using Uber; drivers have told me that they do take passengers from Cedar Rapids to other nearby towns and cities. One driver made the three-hour, 175-mile trip to get a passenger to Peoria, so driving 15 miles to Mount Vernon won’t actually be a big deal.

I’m kind of approaching this on a quarter-by-quarter basis; I spent three months getting to know the city (and where its sidewalks are), next month I’m going to pay for some driving lessons just to remember how cars work when you’re in the seat with the steering wheel, and then I’ll see what it’s like to get around the city in the spring. I’ll probably rent a car for a day just to confirm how that process works, and I’ll definitely start biking more, and we’ll see how it goes.

But I really like not owning a car. It’s one less thing to worry about, and at least five less things to pay for.

1. We Did Good, Billfold
2. Question Wednesday
3. What I Learned From Five Years of Writing and Editing for The Billfold
4. How a Program Assistant Dealing With a New Paycheck System Does Money
5. Classic Billfold: What I Wanted From My Move to Portland and What I Got
bikecarfreecarscedar rapidslyftuber