In Which I Am the Luckiest Investor Ever 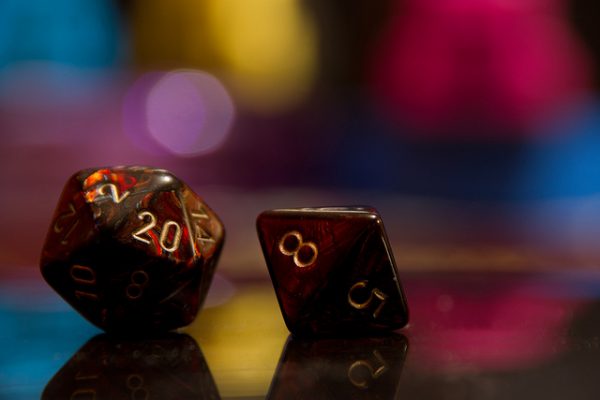 I cannot believe that any of this happened, except it all happened and it couldn’t have worked out better for me.

On January 29, TIAA sold the investments in my 403(b) and began the transfer process to Vanguard.

On January 30, the Dow experienced a “rare market slump.” Whether or not my TIAA-CREF investments would have been affected by that slump is unclear (my investments were in things like “CREF Growth R1,” so… maybe?) but the important point is that, as the market started to drop, the $44,574.70 that TIAA was transferring to Vanguard remained unaffected.

Instead, the funds sat uninvested and in limbo, because I couldn’t touch them until Vanguard confirmed my identity.

On February 5 — which is to say yesterday — I got an email from Vanguard confirming that my rollover was complete and my funds were eligible for trading.

I immediately logged in to Vanguard and divided the cash between a few different Admiral Shares index funds (remember: most Admiral Shares require a $10K minimum buy-in, and in return you pay lower expense ratios), building a portfolio that was roughly 45 percent domestic stocks, 27.5 percent international stocks, and 27.5 percent bonds.

Then the stock market “took an historic nosedive.”

The thing about index funds is that the trade doesn’t complete until the close of the market. When I buy ETFs through my Vanguard personal brokerage account — and you can bet I bought another ETF share this morning — the trade happens immediately. But index funds don’t trade until the day ends, which means that I reinvested my retirement savings after the Dow dropped by more than 1,000 points for the first time in history.

My domestic stock investment is actually in a S&P 500 index fund, which didn’t drop quite as far as the Dow but still “erased its gains for 2018.”

Which means that if I hadn’t frozen my credit reports last year, prompting Vanguard to request proof of identity; if I had started my 403(b) rollover process one day earlier or one day later; if I had done anything just a tiny bit differently, I might have ended up selling my 403(b) investments after the market had started to drop or reinvesting them after yesterday’s historic tumble.

I don’t think I’ll be quite as lucky with my Roth IRA or Traditional IRA transfers, though. Yesterday I got a note from Capital One Investing informing me that each transfer would cost me $75, and they wouldn’t begin the process until I had transferred at least $75 per IRA into my FDIC-insured cash balance account.

So I sold low to get the money to pay Capital One, and we’ll see where the market is when it’s time to reinvest these accounts with Vanguard.

1. We Did Good, Billfold
2. Question Wednesday
3. What I Learned From Five Years of Writing and Editing for The Billfold
4. How a Program Assistant Dealing With a New Paycheck System Does Money
5. Classic Billfold: What I Wanted From My Move to Portland and What I Got
403bincredible luckinvestingiraretirementrollover