In Praise of Staying Put 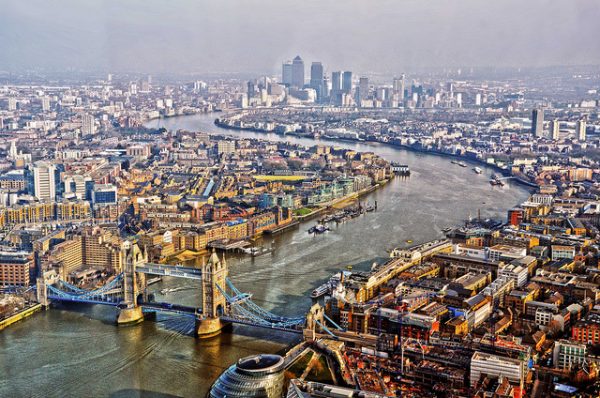 I was 23 when I moved to London. I didn’t have any particular plan, other than to get a job and try and make sense of life after school. I also had no idea what I was getting myself into; London is bigger, more amazing, and far more exhausting than any place I’d ever been before. The city is like a center of gravity, I’d soon realize: few other places feel quite so good, or quite so full of possibility.

But as someone who never really meant to stay, the idea of going somewhere else kept circling. I wanted to live in Australia — the London rain is just as relentless as they say — but distance stopped me. I wanted to live in New York — but visas stopped me. I wanted to live in Barcelona — but the language stopped me. Then, at my ten-year mark of living in London, I started thinking about Berlin — and there was nothing to stop me. While my German is rusty at best, I knew that people who moved to Berlin could get by with English, at least at first. I pondered the matter as I spent a week in Berlin, marveling at the easy-going spirit of the city, which seemed friendly, diverse, endlessly cool, and also pretty cheap. Maybe this could be my new home?

It wouldn’t be that hard for me to move countries, as I’m a freelance writer and can take most of my work with me. I’m lucky enough to have been able to travel a fair amount while also working at the same time, as I’ve always prioritized saving for airfare over going shopping. I once spent a winter in India, writing on twelve-hour train journeys and under noisy fans in hot hotel rooms. I’ve spent a few months in California, hanging out in the coworking cafes of San Francisco and eating foods with spirulina in them. I spent a January in impossibly sunny Australia, jittery on caffeine in the alleyways of Melbourne. It’s not a bad deal, I’d say to myself as the London winter dragged on and I’d not seen a blue sky for literally months. I get the cultural diversity of London while also having access to the rest of the world. It’s really not bad at all.

Over the next few months I progressed steadily through my German language app, itching for a new adventure. Moving wouldn’t be all that expensive; at the time I owned a dozen boxes’ worth of stuff and a bicycle, and could easily have whittled that down by half for an international move (I’ll move a laundry basket across London, but not across Europe). But in the end I didn’t go, and the reason is one that’s hard for someone with my particular strain of wanderlust to admit: I wanted to be at home.

It takes a really long time to get to know a city like London, which is as big as New York’s five boroughs both in terms of population and geography. Even after London has stopped feeling new to me, I keep discovering new things that remind me of how much more there will always be to find here. Moving to a new place might be exciting, but it would also mean starting over. Living costs in Berlin would be lower than London in the long run, but a lot of my work connections are in London and have taken years to establish, and several of my writing gigs require me to be physically present at least occasionally. Not to mention that if I left, I’d never be intimately familiar with London in the way that I had once hoped to be. I’d put a decade into this city, which is brutal to newcomers. Didn’t I want to stay put and enjoy the fruits of all that hard work?

That was the main reason that I ended up staying in London. But there turned out to be a second benefit to staying put as well. As a would-be digital nomad, it’s one that’s a little awkward to admit: moving around a lot slows down your work.

That winter in India expanded my view of the world in ways few other places ever have, but I also routinely spent half days on errands that would have been simple at home, such as getting cash or buying a train ticket. In Melbourne, public Wi-Fi was patchy at best and I was constantly scrambling to find places where I could finish my freelance assignments. If I moved to Berlin I’d presumably work out all these things, but every time you move you have to crack a new code: where to get groceries, cash, Wi-Fi, maybe a SIM card for your phone. You also have to learn the local rhythm: when the stores are open, how often the public transport runs, which cafés welcome freelancers.

That was four years ago, and since then I’ve doubled down on getting to know my city better. This has resulted in London feeling like home in a way it never quite did before. I believe it was my decision to stay that made the city feel like this — because I committed, as opposed to staying just out of default.

I’m also intrigued to find that since putting down roots I’ve done better work. There’s a Gustave Flaubert quote that I think about often: “Be regular and orderly in your life, so that you may be violent and original in your work.” Having the fundamentals in place lets you focus on more creative endeavors, as you’re not constantly scrambling to sort out the practicalities.

London is a completely different place to me now than when I first came here fourteen years ago. I expect it will be different all over again in another fourteen years. In the meantime, I’ve struck up a new tradition: I’ve been going to Berlin for a week every year. The two-hour flight is only £100 ($140), and if you don’t mind staying in a studio you can get away with spending about €500 ($615) on an Airbnb for the week. I’ll go back to a lot of the same places while also exploring a little more each time — a lot like I do at home. Visiting will never be the same as being a local, but I know where to get groceries, cash, and Wi-Fi in Berlin now so I don’t have to start from scratch every time. It’s really not bad at all.

Jessica Furseth is a journalist living in London. She’d like to be somewhere sunnier, but is at peace with the London rain at last. On Twitter: @jessicafurseth.

1. We Did Good, Billfold
2. Question Wednesday
3. What I Learned From Five Years of Writing and Editing for The Billfold
4. How a Program Assistant Dealing With a New Paycheck System Does Money
5. Classic Billfold: What I Wanted From My Move to Portland and What I Got
londonmovingmoving seriesputting down rootsstaying put