A Friday Chat About Putting On a Show 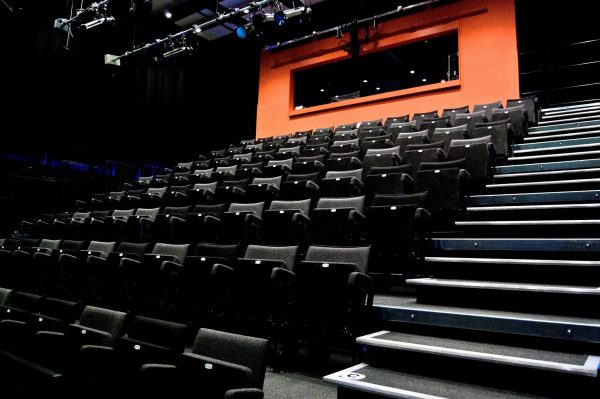 PROPICAL STORM ALLIE: I can’t even believe it! This week was so busy, I didn’t think it was all going to happen.

NICOLE: The… turning of the world in space? Or the part where you had to get everything done by Friday?

PROPICAL STORM ALLIE: Both, tbh. Space is crazy, but also, I have a show opening up tomorrow and my lists were getting long. And I had to reconcile some budgets because the month ended last week.

PROPICAL STORM ALLIE: We are doing a small workshop of Next to Normal. And it needs some props, so there were some things I had to attend to. This year, my organization is supporting 18 performances and we do a range from about four full-blown stage productions in a 356-seat theater to staged readings of new works and everything in between. How was your first Ragtime rehearsal??

NICOLE: It was sooooo lovely. I missed being part of a choir, and I missed being around theater people. It was also nice to be in a room where I was doing something with my body and not, like, with my computer and phone.

PROPICAL STORM ALLIE: Yes! I’m so happy to hear it was nice. It is so good to be fully in your own body doing something *real* which is the magic of live performance.

NICOLE: YES. Even though so much of performance is about simulating the real! Pretending black boxes are chairs, etc.

PROPICAL STORM ALLIE: It’s like being part of a secret club. When you perform or go to see a show, we all agree when we enter the space that we are all in this together! We are all here, and we all have silently agreed to the pact: the next two hours are real in their own way and we will go on a journey. And that means a lot of different things to different performances.

NICOLE: For sure. It’s also like you’re using different parts of yourself to make the connection with what’s happening on the stage: sometimes it’s the same type of imagination you use when reading, e.g. taking the few details presented on stage and creating a larger world “in your head,” and sometimes it’s auditory, tracking themes and leitmotifs throughout the piece, and often it’s emotional.

PROPICAL STORM ALLIE: There’s so many layers of work with performing! Remembering to do everything lyrically and physically AS SOMEONE ELSE and then also, the audience cannot see you thinking about that either.

A big part of my job is making it as easy as possible to exist in an imaginary world with other imaginary people. For Next to Normal, there is a moment when a character smashes a music box onstage and there’s a lot of ways to accomplish that, like making a swap out broken one, or “quick rigging” something to fall apart on cue, but some of those options get in the way of choreography or requires a lot of thought and dexterity when she is also singing and acting. I wanted the actress to be free to really get into the moment, so we just made up eight identical boxes she can really smash onstage. Sometimes the magic isn’t magic at all. It’s a budget line for eight matching boxes.

NICOLE: It always comes back to money. And on that note: have a good Friday and a great weekend. Next to Normal is gonna be good. It’s gonna be great! 😉

PROPICAL STORM ALLIE: Thanks! Have a great weekend!! Enjoy your rehearsals!☺