A Friday Chat About Broken Wrists 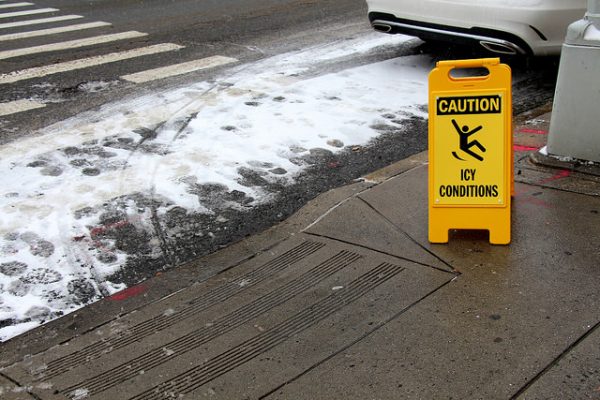 NICOLE: Me too! I am still feeling wiped out from being sick last week but am slowly regaining my strength.

ALEX C: Happy to hear that you’re getting better! Gotta get that strength up so you can get back to your epic bike rides! (I feel like I know so much about you thanks to The Billfold!)

NICOLE: I am itching to get back on that bike! Unfortunately we have had a lot of rain this week and then ALL THE RAIN TURNED INTO ICE. I don’t have the right tires for that.

ALEX C: Be careful!!! I slipped on ice last winter and and broke my wrist!!!

NICOLE: Oh no! And since this is The Billfold… how much did it cost you?

ALEX C: Well, I’m Canadian. And I’m even more super lucky that I have a job where I have sick days. But! That doesn’t mean that there were no costs!

I live alone, so I had to get a cleaner ($30–$40 every two weeks for 2 months), I spent more money on food as prepared foods/pre-cut veggies cost more, I had to get physio (while I have $500 a year covered by work, I had to spend about $200 more of my own money), I paid for priority seating on the plane I took home for Christmas so not to have anyone push me/bump into me with a fresh cast (approximately $30 each way), and then an insane amount on taxis when I didn’t feel safe walking.

Then there were costs that I had to see if I could get back — I bought a 20-pack pass to yoga the week before the break (they were kind enough to extend the use of the passes by two years as it took me six months before I could even start thinking about yoga), I had to back out of an art class (they reimbursed me) but there were smaller costs I couldn’t get back for plans I had made that weren’t conducive to having a cast.

NICOLE: Wow. That’s sort of what I’d expect after you break your wrist, but it’s still both sobering and impressive. Also, I could totally see you paying for priority boarding and then someone bumping into your cast anyway because people are jerks.

ALEX C: Yes, people are. A friend of a friend actually TWISTED MY CAST ARM so she could “get a better look at it.” Thankfully it was at the four-week mark, so it didn’t re-break it but it was so, so painful.

NICOLE: OOOOOOH I am cringing on your behalf.

ALEX C: Thank you! I did cry. And my doctors told me I was lucky she didn’t do any damage, which I shared with her, but she still didn’t get it! Again, the costs are nothing compared to what you would endure in the States, but as someone who is careful about their finances, it was an unexpected hit, but there is a cost to convenience!

NICOLE: The world expects us to be perfectly healthy at all times, and charges us if we’re not.

ALEX C: Absolutely!! It made me much more empathetic to the food and financial choices people make who have limited mobility.

NICOLE: For sure. Did you end up making a full recovery?

ALEX C: I have! I would say my wrist is only at 98 percent of what it was, so I still do physio at home. And I can finally hold a plank without searing pain!

The biggest part of the injury was actually realizing the community support I have where I am. I moved here just a year and half before the accident, and it was so humbling to have people help me when I was so physically vulnerable.

NICOLE: I’m glad your friends and community helped you! I remember feeling humbled/embarrassed/awkward about that kind of stuff when I broke my foot. Part of me was like “I can do it myself!” But it was nice to have help.

ALEX C: I hope you’ve also made a full recovery! Oh, I knew I couldn’t do it myself! I even called on friends to help me cook all the food in my fridge 😃

NICOLE: Having never broken my wrist, I would venture to guess that there are a lot fewer things you can do with a broken wrist than with a broken foot. And yes, I did fully recover!

ALEX C: Both are a challenge! Especially in winter!

NICOLE: And on that note — let’s hope everyone stays safe this weekend. If there’s ice, please don’t slip on it!

If you’d like to be part of a future Friday chat, email nicole@thebillfold.com.

1. We Did Good, Billfold
2. Question Wednesday
3. What I Learned From Five Years of Writing and Editing for The Billfold
4. How a Program Assistant Dealing With a New Paycheck System Does Money
5. Classic Billfold: What I Wanted From My Move to Portland and What I Got
chatFriday chat