Why We Left Toronto 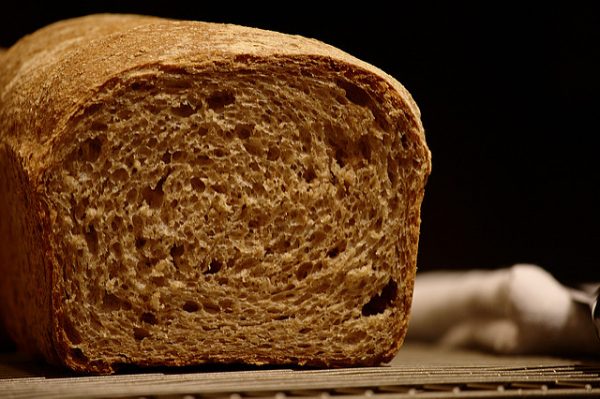 To understand my “moving” story is to understand the once red-hot (and now only slightly cooled down) Toronto real estate market. For those unfamiliar with this paradigm, I’ll start with a primer on the price of ownership in my hometown.

I offer you a hypothetical scenario: you want to make a sandwich for lunch. You’re out of bread, so you go to the supermarket. You walk right up to the rack and pick from a variety of brands, sizes and expiration dates. Bread isn’t too costly, about $3 per loaf. Grab what you want, go home and eat your sandwich. No problem.

Now imagine that when you get to that supermarket, the bread section is completely surrounded by prospective bread-buyers. In fact, the crowd is so big it takes you an hour to get to the front of the line and when you do, there’s very little bread left, mostly no-name stuff, and all of it is discolored and moldy. Also, what was once a $3 loaf is now closer to $15.

What do you do? Obviously you can’t buy bread today, so you come back the next day. Only problem is, things aren’t much better then. In fact, every time you go back to the supermarket, you find even fewer options surrounded by an even bigger crowd. It becomes exceedingly clear to you that you may never, ever eat bread again.

Now imagine the bread is actually a house, and the $15 is actually in the millions, and… well… that whole discolored and moldy thing still applies.

It started happening right around the time my wife and I decided to move into homeownership. I’ll gladly admit that owning isn’t for everyone; in fact, some people swear by renting, preferring to save money now instead of dumping most of their earnings into a mortgage.

That being said, as a couple that had been renting for five years and was completely fed up with constricting spaces, long elevator rides, extra fees, needless rules, disturbing neighbors and difficult landlords, owning a house of our own seemed like the pot of gold at the end of the rainbow. We wanted a space we could modify and make our own, one that would give us enough space for a guest room, an office and a man cave, a place in which we could buy a dog and host parties and raise children.

Unfortunately, by the time we were ready to have the homeownership conversation, Toronto house prices had already increased above our budget. It was like every second that elapsed meant being further and further away from reaching our goal.

So we made a decision that would completely alter the rest of our lives: we decided to move outside of the city.

We loved the city: the sports teams, the restaurants, the shopping, being close to our friends. What would it be like to go from a city with a population of 2.8 million people to a small town of under 3,000? Could we put up with the near two-hour drive to watch the Blue Jays play? Would any our friends want to make the journey to visit us?

With these questions weighing on our minds, we decided to give the Toronto market one final chance. We weren’t satisfied, but we weren’t surprised either. Old, smelly, unfinished houses. Cramped spaces. The ads said “spacious backyard and large deck,” but my eyes told me “sloping backyard and deck the size of a TV table.” It then became clear we would soon become small-towners.

After looking at a few towns on the outskirts of Toronto, we quickly realized they were simply “mini-Torontos” in the sense that they were slightly more affordable, but still bank-breaking. Then, my wife mentioned the town of Schomberg, which to me sounded more like a delicious IPA than a place where I could live. Don’t judge a book by its cover (or its name), because we immediately fell in love.

The only con was the distance from the city; the pros were endless. At the top of that list? Money, of course.

There was no way to avoid the typical moving costs associated with such a transition, but we did our best to cut corners where we could. Instead of hiring a moving company, we enlisted a handful of friends, paid them in pizza and beer, and loaded up a moving truck we drove ourselves. We lucked out that our closing date was December 29th, four days after Christmas and just in time to use all the furniture store gift cards our generous parents and relatives had given us. Since then, we’ve mostly relied on bargain shops and yard sales to furnish the house. One man’s trash is another man’s treasure!

When all was said and done, we closed on a 1,900-square-foot home with four bedrooms, three bathrooms, a finished basement, and a beautiful backyard at $575,000. A similar home in the actual city of Toronto would without a doubt take us into the millions. Furthermore, our commutes to work were shortened by about a half-hour each. Both our workplaces are on the outskirts of Toronto, so we even drive into work together 3–4 days a week as can I drop her off on the way; gas money saved and less mileage used. The extra quality time together doesn’t hurt either.

We initially thought that our financial gain would come at the expense of the convenience of having so many commercial and entertainment options at our disposal, but we couldn’t have been more wrong. We quickly learned that the biggest improvement had very little to do with money, because we were gaining the most important thing of all: time.

On a typical Saturday morning, my first order of business is usually to knock a bunch of items off my to-do list by running errands: bank, grocery store, dry cleaner, liquor store, barber. In the big city, this would take me into the afternoon at the very least. Account for the elevator ride, the traffic, the long lines and the general waiting around, and  a quarter of my weekend would be gone. Since moving to a smaller town, these errands take me about an hour, door-to-door.

We belong to a tight-knit community and feel safer than we ever have before. We have a backyard where our dog can run free and a home sizeable enough for our growing family. To answer one of our biggest concerns: yes, our friends do come visit us, regardless of how long the drive is.

In the end, what I learned from moving away from the big city is that even though our primary motivation was to save money, the sum of our gains isn’t just monetary.

Now I can eat my sandwich in peace.

1. We Did Good, Billfold
2. Question Wednesday
3. What I Learned From Five Years of Writing and Editing for The Billfold
4. How a Program Assistant Dealing With a New Paycheck System Does Money
5. Classic Billfold: What I Wanted From My Move to Portland and What I Got
great bread metaphorshomeownershipmovingmoving seriestoronto