When Your Health Insurer Doesn’t Think It Was an Emergency 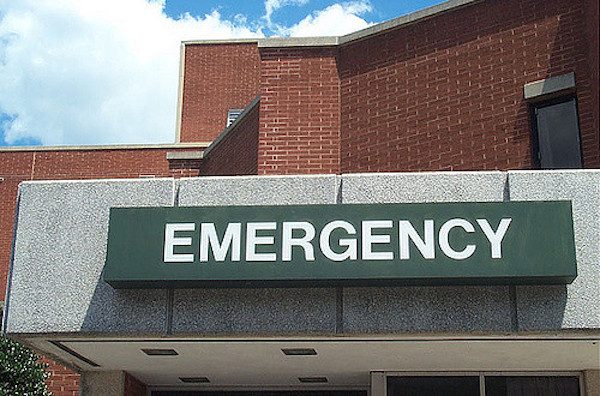 Today in “terrible health insurance news,” we go to Vox:

[Brittany Cloyd] came in after a night of worsening fever and a increasing pain on the right side of her stomach. She called her mother, a former nurse, who thought it sounded like appendicitis and told Cloyd to go to the hospital immediately.

The doctors in the emergency room did multiple tests including a CT scan and ultrasound. They determined that Cloyd had ovarian cysts, not appendicitis. They gave her pain medications that helped her feel better, and an order to follow up with a gynecologist.

A few weeks later, Cloyd received something else: a $12,596 hospital bill her insurance denied — leaving her on the hook for all of it.

As Vox explains, Cloyd’s insurer didn’t consider ovarian cysts an emergency. Never mind that Cloyd didn’t know they were cysts before she went to the emergency room; Anthem still denied her claim and charged her for the full cost of the visit. Meanwhile, some state Medicaid programs have started charging penalties for emergency room visits that don’t result in an emergency-level diagnosis, in an attempt to make people think twice before visiting the ER.

Back in what I’m going to have to reluctantly call the “good old days,” I once went to the emergency room for what turned out to be constipation and indigestion. (I felt embarrassed about it for a while, until I learned that it’s kind of a rite of passage for college students.) I also ended up in the emergency room during my college graduation for what was diagnosed as “we don’t really know, you’re probably just exhausted?”

It’s a good thing I had decent health insurance back then.

1. We Did Good, Billfold
2. Question Wednesday
3. What I Learned From Five Years of Writing and Editing for The Billfold
4. How a Program Assistant Dealing With a New Paycheck System Does Money
5. Classic Billfold: What I Wanted From My Move to Portland and What I Got
and people are still taking Uber to the ER to avoid ambulance costsemergency roomhealthhealthcare