The Cost of Moving Gran 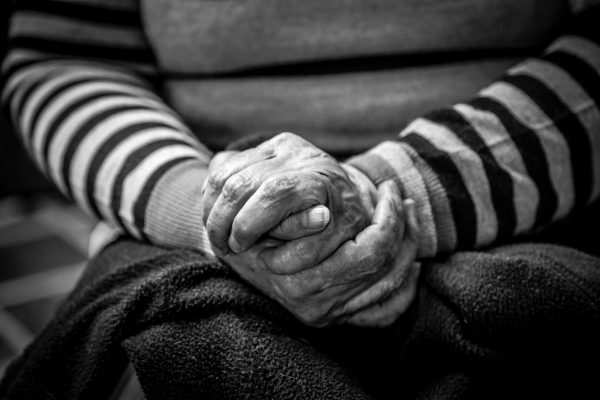 Photo by JORGE LOPEZ on Unsplash.

Six months ago we discovered my grandmother had outlived her savings and could no longer afford to stay in her home. She needed to sell her one remaining asset: the home where she’d lived for more than 50 years, adjusted to life in a new country, raised her children, and built a community of dear friends. And she needed to sell fast — not only was the house bleeding money in taxes, utilities, and maintenance costs, but we soon learned retirement homes are not super-enthusiastic about accepting residents who don’t have hundreds of thousands of dollars of “buy in” cash. This is likely the final move of Gran’s life and it began as a rushed, panicked mess.

(A note about retirement homes: of course Gran could move into my spare room, or my parents’ guest room, or the guest suite at my uncle’s ridiculous house. But she’s not that kind of immigrant and her American Dream has never included multi-generational housing. The weeks she spent at each of our homes proved Gran is still fiercely independent and stubborn, and living with either of her daughters-in-law would create more problems than it solved. Personal finance is personal, and good luck to anyone who wants to argue with her.)

Looking back, it sounds ridiculous to say we were caught off guard by an 85-year-old becoming unable to live independently. It wasn’t supposed to happen like this, though. There was going to be an illness, or a fall, maybe signs of dementia that would necessitate a move to assisted living or a home health aide. In those scenarios, long-term care insurance would kick in and Gran’s healthy nest egg would be intact, giving us the time and resources to make good decisions. My grandfather wasn’t wealthy, but he had a union job and was a disciplined investor in low risk, low fee funds; Gran’s always been frugal and even without his pension she should have been okay. We never expected her savings to run out like this.

Actually, that’s not quite true; it turns out my uncle had some insight into how the savings disappeared so quickly, since it was his recommended financial adviser who moved her life savings into risky, failing investments — including my uncle’s business, and there are differing opinions on whether that money was a loan or a gift. One thing we all agree on is that he’s unlikely to repay any of it, and has no interest in changing his rather expensive lifestyle to help her. (Yeah, I’m still working on living the “personal finance is personal, don’t be judgmental” mantra.) Of all the unexpected costs associated with Gran’s move, the emotional ones have been the most difficult and will have the longest-lasting impact on our small family.

The financial impact is easier to process. I made weekly 800-mile round trips to help Gran sort through decades’ worth of stuff; gas money was a significant but manageable hit to my budget. Instead of spending money on restaurants with my friends, that budget category was reallocated to Home Depot and Lowe’s. Luckily Gran’s neighborhood has become very popular — and expensive — and within days she received several offers on the house. It would have been nice to have the time and the budget to make a few repairs, work on curb appeal, see if better offers were out there, but we couldn’t take on the costs of another month in that house. Plus Gran needed the money fast for the retirement home deposit. We decided there was room in the budget for extra-soft facial tissues as we left the house where we’d celebrated over 50 years of Christmases, grandchildren’s birthdays, and my grandfather’s memorial.

Comparing the costs and amenities of retirement communities in two states was stressful and time-consuming, but the tours usually involved a free lunch. Sometimes the lunch was pretty good, and sometimes you looked at the place, left quickly, and bought a sandwich and hand sanitizer on the drive home. In the end Gran made the difficult decision to leave her close-knit neighborhood and move within a few minutes’ drive of my parents’ house. The cost of living in our state is much lower and there’s less chance of this new nest egg running out (fingers crossed). Gran also felt my parents and I would be a reliable support system. I hope we are, but until we earn back some sick/vacation days at work our support is limited to weekends and evenings. She chose an established community with a great reputation, affordable pricing, and a reasonable pet policy. (Did I mention the dog? There’s a dog, who expressed his relocation stress by repeatedly vomiting in my car. Cost of each upholstery cleaning = $29.99 plus tax.) This community also had a long wait list.

So that became the next unbudgeted project: what do we do with Gran and all of her stuff during the gap? We decided to move her into my parents’ home and move her stuff into a storage unit. No one wants to be the jerk who hopes for space to open at a retirement home. There’s really only one reason why it would, and a long wait list shows they take good care of their residents. Still, circle of life, nature takes it course, and a small apartment became available six weeks later. Good timing for us: just before the storage unit lease was up and before Gran and my mother had a knock-down, WWE-style brawl.

Moving into a retirement home isn’t much different from moving into a college dorm. You’re making a fresh start: nervous about making friends but excited about all the new possibilities open to you. You realize you brought too much stuff for the smaller space, yet failed to bring the day-to-day necessities like shampoo, cleaning supplies, and oven mitts. On your first visit to the grocery store the receipt nearly gives you a stroke, but at least the retirement home staff are trained to help with medical emergencies. You have to find a new doctor, figure out new bus routes, and make mistakes along the way. Although you intend to spend your free time at the on-campus library, there’s always some older guy offering to buy you drinks at happy hour. Honestly, these senior citizens do not miss a chance to add alcohol to an activity and there’s no shortage of it — no wonder they have those “I’ve fallen and can’t get up” buttons in every room. I don’t know whether to remind Gran about her new, tighter budget or celebrate that she’s rebuilding her life and having fun again. Both, I guess.

In any case, we all survived Gran’s final move, although our bank accounts are still recovering. It was frustrating, scary, and could have been completely avoidable — so I’ve been trying to draw some life lessons from the experience and prevent myself from ending up in the same situation 50 years from now. Gran did everything right for decades and still faced financial disaster because she has a generous and trusting heart. If my cousins need money someday, could I say “no” when I had the means to help? Would I be lucky enough for the Real Estate Bubble Fairy to save me, and brave enough to start over at 85? I don’t know, but this was my reminder that resources give you options and time to make good decisions, and that’s invaluable. I’m going to enjoy this time with her, invest in my friendships, and rebuild my Fuck Off Fund so Gran and I have options in the future.

Anonymous doesn’t mind spilling her financial guts on the internet, but her relatives and employers might. She visits Gran a few times a week, and when they go on errands she makes sure there is a little fun money in the budget. Gran avoids the silver foxes at the lounge but has met a group of friendly ladies who like their sherry, resulting in Anonymous’s first experience of being drunk dialed by a grandmother.

1. We Did Good, Billfold
2. Question Wednesday
3. What I Learned From Five Years of Writing and Editing for The Billfold
4. How a Program Assistant Dealing With a New Paycheck System Does Money
5. Classic Billfold: What I Wanted From My Move to Portland and What I Got
grandparentsinvestingmovingmoving seriesreal-estateretirement