The Billfold
Knowing When to Leave

The Cost of Bad Neighbors 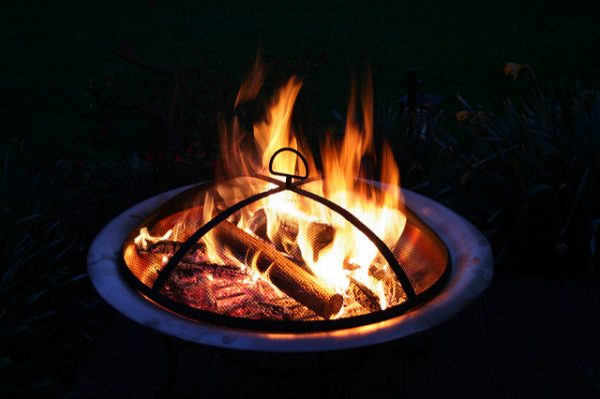 In July 2017 the house my boyfriend and I lived in caught fire while I was visiting Boston. The damage was minimal; it started outside due to faulty wiring and melted our trash and recycling bins into menacing-looking lumps of plastic. Paul smelled something burning and, amazingly, had the wherewithal to stay calm and put it out. He waited until I returned home to tell me. It had been a spectacularly bad trip to Boston and he figured he’d give me one night of relief and peace back in my own bed before he told me our house was trying to kill us.

After the fire, I couldn’t let my guard down. An inspection revealed that none of the outlets had ground wires. Quirks we thought were due to age (you had to turn the light on in the bathroom for any of the outlets to work) ended up being signs of dangerous electrical installation. I couldn’t concentrate at work or sleep at night, imagining our pets dying while we were at our jobs or the grocery store. Nothing but a total revamp of the wiring was going to ease my mind. We didn’t wait long. We had to get out.

Paul looked at the duplex without me. In the weeks before we found it, we had been run through the ringer by various Craigslist scams. I suspect, but am not sure, that Paul may have been taken for $500. Things were bad — and were about to get a whole lot worse – so I let it go. I’ve not mentioned that $500 since.

On moving day, the truck we rented for $250 sank into the soft Florida sand of our front yard and we had to call a wrecker to yank it out. It was barely October. It took us over twelve hours to get everything packed and loaded. I seriously questioned if I was a hoarder. I ended up staying up all night, scrubbing and cleaning, even though the landlord was most definitely going to keep the security deposit and had insinuated I had caused the fire. No matter. I left the place cleaner than I found it. I loved that house. It was our first home together. I let the $650 deposit go, even though I was definitely owed it.

I first saw the new duplex in the gloom of 3 a.m.. The landlord was a friend of a coworker of Paul’s. Total move-in costs were $2,850 for first, last and security. We wrestled our mattress out of the truck and onto the floor and fell asleep as dawn broke with our two dogs and two cats heaped around us. The next day we carried in all of our things: barely any furniture but entirely too many books and records and weird Keane lithos. It rained all day.

The first real night we were there it started. The neighbor had a habit of talking on her cell phone so loudly the sound seeped through the stucco and cement, amplified by the concrete around her, blasting through her open garage door. It was bizarre how loud it was. Cars streamed in and out of the shared drive as a fog of strange, sweet smoke rolled over the rickety privacy fence that divided us.

That night I didn’t sleep. Dread roiled in my gut like a kettle full of snakes over low heat. I sat on our tiny loveseat as my neighbors alternated between screaming at their children, their dogs, and each other. Their dogs sounded monstrous; I could hear their nails skitter across the linoleum as one or the other would be dragged back into a crate. Around dawn I ordered three white noise machines from Amazon for around $50 each. My Prime membership would get them here in two days. I didn’t sleep until I installed them. By the time I dug insomnia’s claws from my back I had been awake for nearly 76 hours.

We hung my weird art and cranked the white noise machines as the frenzy around us ratcheted up. I quit my job and the time I tried to spend gardening and getting my mind right was set to the soundtrack of barking dogs and domestic disputes. The eleven-year-old boy next door addressed me as “baby.” The drug activity intensified and our cars started being hit with errant footballs. I began drinking way too much and on Halloween Paul’s dog died. It was likely due to old age, but the current of stress that flowed through our house could not have been helpful.

I started having crying jags and went on anti-anxiety meds. Meanwhile, our side of the duplex began to fall apart and the landlord wouldn’t respond to emails or calls or conversations in person. He repeatedly told Paul that he was a businessman and that we should confront our neighbors about their three huge barking dogs, their domestic disputes, and their home-based pharmaceutical sales. We said nothing to our neighbors as, honestly, they terrified us. My moods swung wildly from rage to regret to bottomless despair.

Our relationship started to tear at the seams, I began blaming the entirety of the situation on Paul. We would spend hours, silent on opposite ends of the house, the only sound the rush of white noise machines. It was so loud that if either one of us were to say something, we would have had to yell.

On Christmas Eve I was baking bread when orange light, barely visible through the dividing patio fence, caught my eye. Our shared patio is screened in with your typical Florida pool screen. I froze when I saw the light and, upon recognition, immediately felt the need to throw up.

The neighbors had built a fire on the patio, under the screen in one of those inexpensive DIY-store fire pits. I stood, stunned, watching the flames dance higher and higher, licking towards the porch screen. I frantically texted my father, a retired Miami fire chief, about the flammability factor and he called to literally laugh. Those screens are sprayed with a fire retardant but are, to quote my father, “flammable as all hell.” I hung up, shaking, and called the police.

The fire went out and, after the ladder truck left, threats were shouted. The next night, on Christmas, the flames raged even higher before I called. More threats, loud and frenzied enough to be heard over the white noise machines and my heart thudding in my ears. Paul and I argued as the dog paced the bedroom floor, our voices low, mine strangled by fear. Our orange tabby, Fig, had taken to sleeping on the crate we used to take the cats to the vet.

I turned thirty-nine at the end of December and didn’t pay rent in January. I wrote and sent a certified letter explaining why we would not be paying and doing my best to adhere to the appropriate legal statutes. On my birthday I found a house near our old neighborhood, miles away from this place, and on a double lot. The owner called me that same afternoon and we immediately connected. The banter between us was so easy I heard an almost audible “click” in my head.

The PODS unit, now sitting three-quarters full in the driveway, cost $327 and will cost $180 to be delivered to our new house. As I write this, my new landlord is putting down new floors and I am $2,775 lighter for first/last/security on the new place. The tabby cat, Fig, is asleep next to the dog by my feet and I can hear our black cat, Lloyd, padding back and forth in the empty kitchen.

The floor I am sitting on is littered with the random debris of moving. Single socks and a guitar pick, what looks like two dimes and maybe a dirty nickel. Paul is at work and I am alone. Miles away a new floor is being put down and the one I’m sitting on will soon fade away in my memory. I hope it is filed under “forgotten.”

I did not count gas, Dolly rentals, boxes, tape, etc. I also didn’t count medications or the cost of prematurely accessing our 401(k). The amount here is staggering enough.

Melissa Kendall is thirty-nine now. It is not what she imagined.

1. We Did Good, Billfold
2. Question Wednesday
3. What I Learned From Five Years of Writing and Editing for The Billfold
4. How a Program Assistant Dealing With a New Paycheck System Does Money
5. Classic Billfold: What I Wanted From My Move to Portland and What I Got
movingmoving seriesneighbors