Life Since the Fuck Off Fund Became a Thing 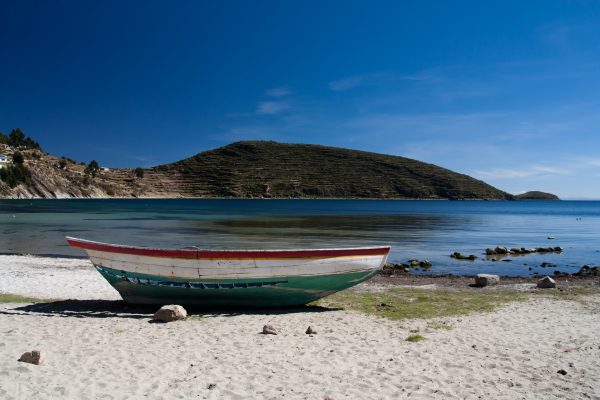 Photo by Vincent Etter on Unsplash.

A version of this article first appeared at FuckOffFund.com.

I was sitting in my cubicle the day A Story of a Fuck Off Fund, written as part of an exchange with another writing friend who was also in a slump, got published. In the web browser screens hidden behind the proposal for an environmental engineering company I was writing, I saw on Facebook that a few local writers I respect had reposted it. Around 9 a.m., when Jezebel posted a story about my story, I whipped around and looked at the office, as if someone were playing a trick on me.

Cue everything I’d been working toward for years and years and years: Getting enough freelancing writing work to quit my job. Offers to write for The New York Times and Marie Claire and Cosmo. An agent who wanted me to write a proposal for a “financial memoir.” A publisher who wanted to make my writer’s course a book.

Then some big life changes. New Year’s Eve of 2016 was the last night I spent in the apartment I’d shared for five years, and then I went out on my own. Also, deaths in the family, over the last few years, in quick succession: my mom’s mom, my mom’s younger brother, my mom’s dad, my mom’s older brother. Then, a man who bragged about groping women’s p-words, they way I learned we could be groped at a concert when I was 15, became the president. All around me, structures collapsed, floors I thought were solid gave way.

I still had my Fuck Off Fund. My uncle who’d been the traveler and hippie left me $6,000 after his death. My grandpa, the hard worker and saver, left me a gift of $10,000. With all my work finally online and no apartment lease, I decided to take the trip I’d promised myself while in Peace Corps and struggling through the mental crucible that was learning to speak in Spanish: three months through South America, ending with the visit I’d promised my host mom in Paraguay. I would be one of those digital nomads in the shiny photos, easy.

I zoomed out to all of the continent on Airbnb, and asked where I could stay for $20 a night. I found a spot in the hills of Colombia I’d ridden through on a bus from Bogota to Medellin seven years before while kind of looking for work teaching English, and I reserved a month in a house with a backyard where I could work through a first draft of my book. I would earn U.S. wages and live on South American prices. I would spend what my uncle left me on the plane tickets, the way he would have wanted me to, and save the money my grandpa left me for a down payment on a house, the way he would have wanted me to. I would earn my keep as I traveled. My Fuck Off Fund, of course, would not be touched.

The trip worked out beautifully, at least in the photos. I flew to DC to march on January 20th, then headed down to Colombia. I got my first draft of my book done in that backyard and walked two hours a night to train for Machu Picchu.

I got my mom down to Ecuador, to hear her laugh while boogie boarding in the waves of the Pacific. I got my most scared friend down to a bamboo house where she had a bilingual love affair in which I got to play wingman and interpreter. I wrote a 4,000-word review of eye makeup removers, I rode the salt flats of Bolivia with a group of Italians. I wrote personal finance content marketing, I galloped on a horse again. I interviewed experts on children and technology over Skype (roosters crowing in the background), I learned a little Quechua. After seven years, I just showed up at my host mom’s house in Paraguay, which is one of the best things I’ve gotten to do for anyone.

In short, it was the year I became this woman, and this woman is the only woman I’ve ever dreamed of becoming: 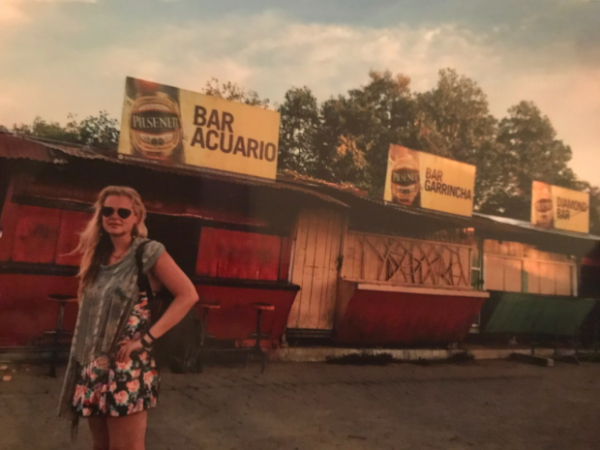 On my way home, one of my clients paid for me to come to a credit union conference in New York, where I hung out with the brilliant personal finance writers and businesspeople I’d gotten to know through the Fuck Off Fund: Jane Barratt, Kristin Wong, Erin Lowry, Stefanie O’Connell and more. Standing in the lobby of Ellevest, Sallie Fucking Krawcheck, who once got a severance package worth $6 million, said, “Todd! Todd! Do you know who this is? This is the Fuck Off Fund Girl!”

Being bad with money had landed me here, among the money geniuses, dancing with a man in a tree costume at Tavern on the Green, with Bolivian dog bites on my ankles not yet fully healed. 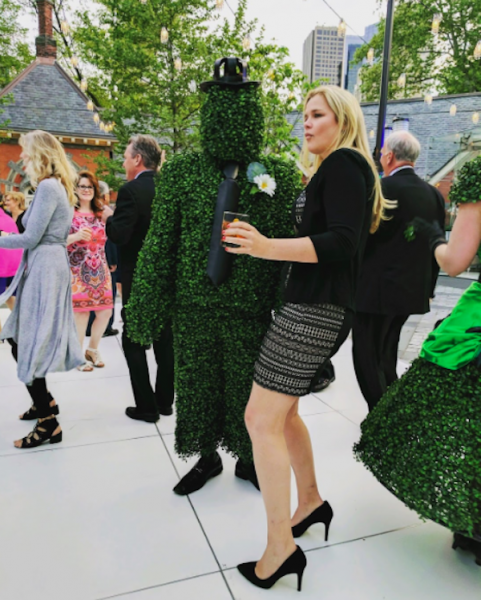 Back to life, back to reality

Then back to Seattle, where I would live as a single, freelance writer for the first time. Where I found a $650 flight to Italy, to visit the Italians from Bolivia who’d invited me to stay with them, and just booked it, laying on my friend’s fold-out couch where I was staying while looking for a place. Because: impulse control issues. I hadn’t yet touched my Fuck Off Fund, and I was sure that I’d be able to pick up work and get back into regular life in one smooth sail.

I would stop soon, of course, because I was the Fuck Off Fund Woman. I would put it back real soon.

Only I didn’t. Only the opposite. A patch here. A patch there.

Meanwhile, my “financial memoir,” three months of work in a 95-page proposal, didn’t sell. “Publishers wanted a prescriptive book,” my agent told me. Which was laughable. I’m a writer who’s bad with money. I can’t tell you what to do. I now happened to know a lot of people who could. Guys, I never meant to become someone people mistook for a personal finance expert. I only wrote about my own weaknesses, and people mistook them for my strengths.

Back and back I retreated to old ways. Complaining to my mom about money, and her saying, “Do you want to use my credit card to pay for your insurance this month? You can pay me back.” Because it wasn’t “borrowing money,” but instead the cozy euphemism “using my credit card,” I did it, and then I somehow owed my mom $2,000 again. So the $2,000 I had left in my Fuck Off Fund wasn’t real.

It is shockingly clear to me that I will spend whatever money I get my hands on, no matter how much that amount is. Because something is wrong with me, something I haven’t been able to fix by living in country where people live on so much less, something I haven’t even been able to fix by getting 15 minutes of fame for being the woman who inspired a million other women to practice financial self-defense, something I’m scared will lead to serious fucking ruin, the kind my family knew when I was a kid, if I don’t do something serious. The kind I would never want to repeat if I had kids of my own. The kind I fear will land me as the one in every six women 65+ living alone and living in poverty.

In some ways, it was the best year of my life. I think the loss of financial power was masked by how much I grew powerful in other ways. Suddenly I had a voice, I had options for work, I had a bit more confidence with each country I traveled through alone. If you could graph these — happiness, aliveness, and gratitude — I’d look good. But they don’t pay the bills.

So I started a blook

I have a new idea for a book, which will start as a blog (hence, blook). We’ll be writing something prescriptive, here, but I’m not the one who’s going to do the prescribing. I’ve asked my financial friends to help me get to the bottom of being bad with money, to talk about saving myself, and to help me rebuild a fuck off fund of $10,000 over 2018.

Because what I realized is that I’ve never saved a Fuck Off Fund, little by little. I got out of debt little by little, paid off $20,000 with a job at a tech company. But the Fuck Off Fund I had at the beginning of this year I had earned in a chunk, and I put that chunk away. I didn’t touch it back then, because life was easier back then. I lived the DINK lifestyle for a while, then worked on my art with a supportive partner. Now I’m freelance writing, living in the city, on my own, needing to make choices day-by-day about putting my financial security ahead of the lattes, the lunches out, the new dresses. I’m back here again. Fall down a million times, stand up a million and one.

“You don’t have to be perfect,” said Tonya Rapley, of My Fab Finance at the Lola conference on women and money. “You just have to be committed.”

In the lobby at that conference, while I stood waiting to get breakfast with Kristen, author of the forthcoming Get Money, I went to get money out of the ATM and found my balance: -$200.

The thing is, I’m right in the life I’ve always wanted, freelancing, traveling, and writing, and if I don’t do something drastic, I’m going to lose it.

Plus, we should mention the fact that 2017 became the year of the #MeToo, the year we were all reminded of the need to keep ourselves as powerful as possible.

So here I am, naked financial fuck up, committed again to being the one practicing financial self-defense, to getting up, to forgiving myself even when I’m so far from perfect there should be a name for whatever I am, something with money that feels like what an alcoholic is with gin.

If so, see you at FuckOffFund.com.

1. We Did Good, Billfold
2. Question Wednesday
3. What I Learned From Five Years of Writing and Editing for The Billfold
4. How a Program Assistant Dealing With a New Paycheck System Does Money
5. Classic Billfold: What I Wanted From My Move to Portland and What I Got
budgetingfuck-off-fundsavingupdates