The Billfold
A New Decade 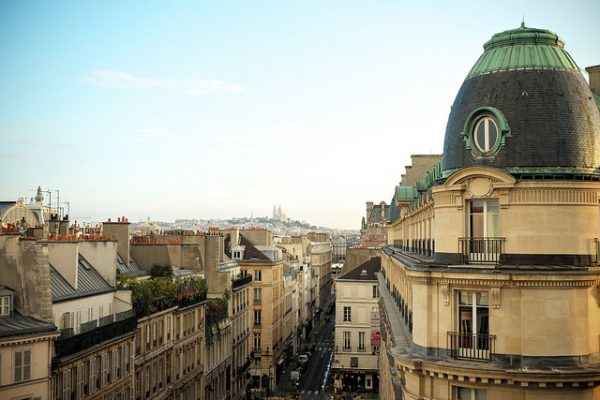 When I was a young girl imagining adulthood, I never imagined being 60. It was a far-off number more closely related to my aging parents than to my reality. All children think about what they want to be when they grow up, but few think about life beyond upward growth.

Turning 60 a few weeks before a new administration was a revelation. I found myself questioning the future in a new way. Would I even have a future? I thought about the aging experiences of a few of my friends. After retiring, one friend spent a few years traveling and living solo in her beautiful house until she physically couldn’t take care of it any more. The last time I saw her, she was in a small senior apartment. A few years after that, she moved into a nursing home. Another retired friend lived at home with her husband, but developed mounting health problems that limited her mobility and future plans. I was still working full-time, enjoying good health, maintaining my own apartment, and traveling for pleasure several times a year. As I took part in marches for the first time in decades, I contemplated what I needed to do to prepare for the future.

As the year unfolded and the issues of the new administration became daily news, I started to wonder if the future that I imagined would even be feasible in a few years. Making a major purchase committed me to working until at least age 65, if not later. I talked to one of my coworkers, still employed at 67. She advised me to start putting money into a deferred compensation plan. She told me about how she was able to travel extensively, taking advantage of special rates and packages available only to seniors. Her adventures reawakened my wanderlust and dreams of exploring the world.

Maybe it wasn’t too late to see Paris. Would my government job in social services remain stable in the current administration? The federal government indirectly funded my program. Would changes to tax codes, senior and medical services, and housing costs make it impossible for me to survive the last years of my professional life and to have a comfortable retirement? Was it too late to plan for my 70s and beyond?

For most of the year, I had a fatalistic approach to many things due to the current political climate and my new decade. Would a bomb from a hostile nation target Northern California? I found myself pursuing experiences that I had put off in the past, thinking that maybe I wouldn’t have another chance. YOLO started to mean more than just the name of the county where I resided. But maybe that’s the way that life should be lived anyway—enjoying each experience as if it would be your last one. Memory lapses made me contemplate that dementia or Alzheimer’s might be on the horizon.

Maybe I wouldn’t be savoring my past experiences for as long as I thought—instead of YOLO, we could call it YORT (You Only Remember Temporarily). As an older friend was deciding to give up her independence to live with family members, I thought about my own choices. When my cousin died of Alzheimer’s in the ’90s, her husband took care of her until her demise. As a single person with no close relatives, I made an agreement with a geriatric social worker friend that whichever one of us ended up in a nursing home first, the other one would make regular visits to ensure proper care. She lamented that even though she had spent years as a caretaker for her grandmother and parents, there wouldn’t be anyone available to take care of her when she got older. Could I afford to move into a larger apartment? A bigger apartment with a lot of storage space could eliminate my need for outside storage. If I got a two-bedroom place, I could ask a younger friend, also with a medical background, to become my roommate to ensure that I could age in place for as long as possible (or as long as we could stand to be roommates).

But as we start a new year in my new decade, I have a sense of hope, in spite of all of the uncertainties. Even though I can’t change the past, I can still strive to create a better future, whether I have one year or thirty years left. I’m slowly discovering that quality of life is more important than quantity of possessions. (But I still haven’t made going to the gym a regular activity. Nor have I stopped collecting handbags.) Even if I don’t get the student loan interest deduction and a nice refund next year, I will find a way to put more money aside. I may not be able to afford to spend my twilight years in a glamorous upscale retirement community, but I should be able to avoid living in discarded refrigerator box. Even though the past year has revealed many challenges and somewhat surprising national revelations, it has been a good year. Paris, anyone?

1. We Did Good, Billfold
2. Question Wednesday
3. What I Learned From Five Years of Writing and Editing for The Billfold
4. How a Program Assistant Dealing With a New Paycheck System Does Money
5. Classic Billfold: What I Wanted From My Move to Portland and What I Got
our uncertain yearretirementtravel