How a Book Publicist in NYC Does Money 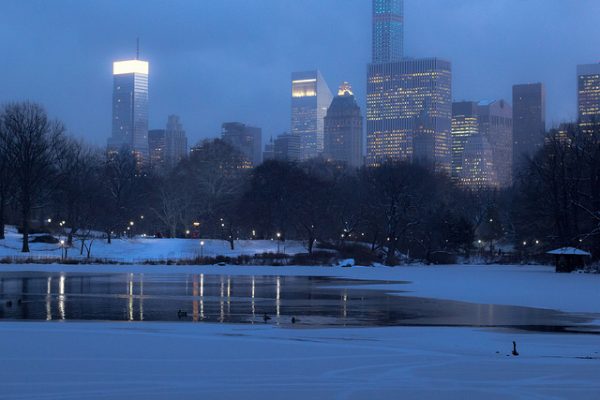 Alexis (not her real name) is a 35-year-old book publicist in New York.

So, Alexis, how much are you making?

How does that income compare to your expenses?

Rent and utilities (I live alone) come out to between $1,550 and $1,600 most months. So, especially when you factor in food and medical expenses, my “needs” category is significantly over 50 percent. I think that’s not atypical for NYC.

It looks like I spent an average of $250/month last year on groceries and medical bills. I’m lucky that I’m really healthy. So, that’s about $1,800 a month for the “needs” category.

What about the wants?

I always start by putting $300 into savings at the beginning of the month. After that, these days I’m sort of on a zero-sum budget — I can spend as much as I want on “wants” as long as there’s still money left from that month’s paychecks. Any leftovers go into savings as well.

Do you ever run out of money before the month ends? Do you go over?

I have gone over in the past, but it’s been a couple years since that’s happened. (Often it was when an unexpected bill came up at the end of a month and I’d already spent everything else.) In September 2017, I only had $31 left in my budget at the end of my month; that was the closest I got to my limit last year.

Partly I don’t go over because I’ve sort of gotten a sense for how much I can spend over the course of the month, and I’m always checking my spreadsheet to see what’s left. Partly it’s because I’m lucky enough to make quite a bit more than I used to! That made a big difference.

Congrats! How did you increase your earnings?

Thanks! Some of it was through regular raises — I’ve gotten at least a nominal raise every year I’ve had a full-time job. Mostly, though, it was changing jobs. Every time I changed jobs, I got a significant salary bump. When I started working in this industry, about a decade ago, I made just a bit over $30K.

So you’ve doubled your salary! That is impressive.

Yeah! The chart of my income shows a lot of slow but steady growth and then a couple big increases where I got a new job.

Did you negotiate for those new salaries as well?

I did, with mixed success. One time I had an offer from another company, and the company where I ended up working raised their offer to match that. Once I just said, “I was hoping for a figure more like $X, any chance you could meet that?” And they didn’t meet the figure I named, but I think I got another thousand dollars out of that.

Both times I was sweating and shaking out of nervousness. It was stressful! But worth it, obviously.

I’ve also asked for more and had no budge. But I’ll always ask, now, because it’s worth the risk.

So how do you feel about your finances in general? Satisfied? Worried? Goal-oriented?

I feel satisfied for the present, maybe a bit worried for the future. I think my next life steps are possibly children and buying property, and I’m definitely not in financial shape to do either of those things right now. But in terms of my current life, I’m pretty comfortable. After years of really stringent budgets, it sometimes doesn’t feel quite real.

I know how that feels. Being able to buy what you want? Amazing.

So amazing! Even if it’s not EVERYTHING you want.

Are you doing anything right now to prepare yourself for those big life changes you want in the future?

I do save a lot. Besides the $300/month I mentioned that goes into savings, I also contribute 10 percent of my pre-tax income to a retirement account (with an employer match), and I max out a Roth IRA every year. But I don’t know that these steps will carry me through those life changes. I think increasing my income would probably make a bigger difference than savings. So, eventually, job-hunting? But that’s not something I’m doing yet because I like my job.

Having a job you like is worth at least a certain amount of hypothetical cash.

It is! I don’t know exactly how MUCH hypothetical cash it’s worth, which is something I’m always debating with myself about.

But I feel like to some degree I’m spending less money than some of my friends on things that would take me away from work, because I like work. (I mean, not always. But usually.)

What do you mean by “things that would take you away from work?”

Well, I’m thinking of a friend of mine who is quite wealthy but hates his job, and so he travels almost every weekend to forget about it. I do love to travel! But I’m doing it because of the destination, not because I’m running away.

It seems like you’ve got everything pretty well put together, financially. Is there anything personal-finance-wise that you wish you did better?

There is! It’s kind of counterintuitive. I mentioned how being on a stringent budget for a long time means that it’s amazing now NOT to be on one. But that means I still struggle to spend money when I can. I want to be frugal, but I don’t want to be greedy.

I created a specific budget for charitable donations, that gets a contribution each month, and I can’t use that money for anything else. One year, I also made a goal to buy something for a friend every month, just because. I wanted to be more generous but I was used to thinking of any spending as bad. I’ve gotten better but it’s still something I struggle with.

I like the goal of buying something for a friend every month! I hope they appreciated it as well.

I didn’t tell any of the recipients that they were part of the goal, but yes, I think everyone was pleased with their gifts!

My favorite bit of financial advice came from J.D. Roth, when he was still doing the Get Rich Slowly blog all by himself: “The perfect is the enemy of the good.” Basically, if you spend a lot of time trying to figure out the perfect way to save or invest, you’ll never do it. Just picking one and starting immediately is a better tactic.

It’s good advice for a lot of life outside of money, I think. I also tell myself this when it comes to work or exercise: getting it done is better than doing it flawlessly.

Want to be part of a future Doing Money interview? Email nicole@thebillfold.com.