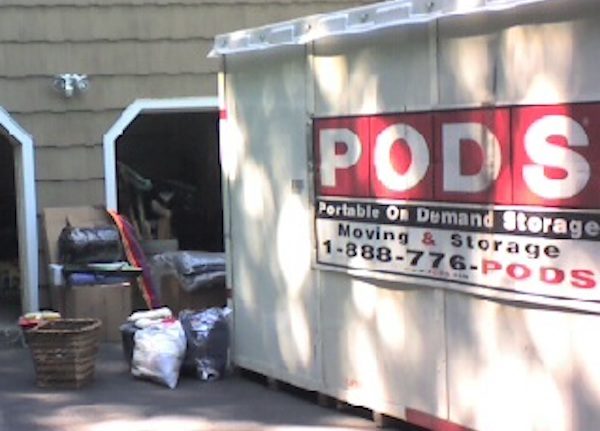 You remember PODS, right? The moving company where you put your stuff in a box and they take it to your destination and/or store it for you? Well, a few years ago they sued U-Haul over use of the term “pod:”

In 2014, a court awarded PODS $60.7 million — later lowered to $41.4 million — over a trademark dispute with storage competitor U-Haul. The Clearwater company took U-Haul to court after U-Haul branded its storage boxes as “U-Box pods” in 2009. The use of “pods,” PODS argued, was confusing for consumers and “harming the goodwill associated with the PODS trademarks.”

That’s from the Tampa Bay Times, and if you’re wondering why I’m sharing old pod news, it’s because there’s a new twist: PODS is suing its own franchisees for asking for a share of the settlement money.

The franchisees, the complaint said, accuse PODS of breaching its contract by not doling out a portion of the settlement, as they were also hurt by U-Haul’s trademark infringement.

But PODS says it doesn’t owe them anything because the company’s “trademarks and all associated goodwill are owned entirely by PODS.”

My initial reaction is “of course the franchisees aren’t entitled to the settlement money,” but I’ve never been a franchisee. Am I missing a good reason why they would be entitled to this money? Arguably if PODS suffered because U-Haul also called its boxes “pods,” the franchisees suffered as well, and maybe that’s all that matters.

Now I’m curious whether gig economy workers could sue their non-employers if, for example, the company did something inappropriate and a bunch of customers chose to boycott the app. (I’m guessing the terms of service probably prevent that kind of thing.)

1. We Did Good, Billfold
2. Question Wednesday
3. What I Learned From Five Years of Writing and Editing for The Billfold
4. How a Program Assistant Dealing With a New Paycheck System Does Money
5. Classic Billfold: What I Wanted From My Move to Portland and What I Got
franchiseslawsuitspodsthis series has clearly proven that hundreds of things are called pods whether or not that's confusing is another story