The Cost of Being Santa Claus 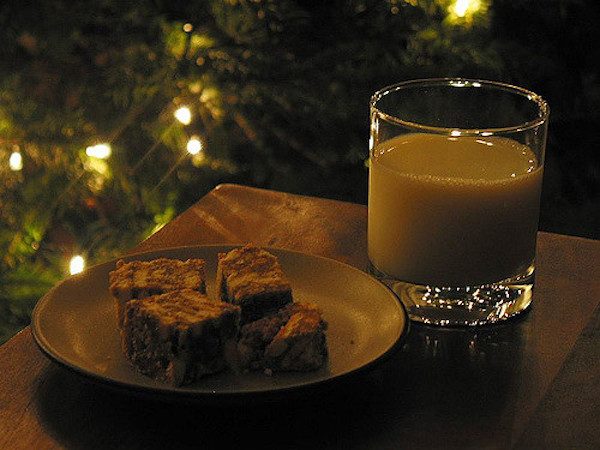 My parents told us there was no Santa Claus when I was fourteen years old. I suppose I doubted the existence of the big man in red before that point, but I’d never fully given in to the cynicism surrounding the holiday myth that had long set in among my peers. My brother was thirteen at the time; my sister was eleven. We were sitting in the backseat of the car when mom told us we wouldn’t be sending our Christmas lists to Santa (which in Canada is an actual letter addressed to Santa Claus, North Pole, postal code H0H 0H0).

Shocked, my sister exclaimed “But who brought us the Wii?”

“Or the air hockey table?” added my brother.

“Who ate the carrots on the deck?” I asked.

My parents pulled off some serious gift-giving magic throughout my childhood, which included finding and buying a Wii the year it came out (though it was reportedly sold out everywhere) and hiding an air hockey table somewhere in the house until Christmas morning. At the time, the revelation that my parents had in fact been doing Santa’s job for years was less believable than the story of Santa, whose one job was to make a single day of the year unbelievably magical. My parents, on the other hand, had full-time jobs, had to drive us to and from school, had to cook us dinner every night. My fourteen-year-old self couldn’t imagine how they had time to do anything else.

Now that I’m an adult, I can appreciate more fully the work—and the money—that went into making Christmas a truly charmed celebration. Crunching my own numbers post-Halloween this year, I wondered how my parents did it. How much of the family budget was allotted to the yearly Christmas rush, and how much did it really cost to be Santa Claus?

My mom is an accountant, and a devoted budgeter and penny pincher. We often made a big deal about the number of coupons she used at the grocery store and the piles of receipts that she checked against the credit card statements every month. My dad works in renovations and he’s more free and easy with money; while my mom wants to save and restrict, he knows how to loosen the purse strings a little and have a good time. Both of my parents had stable, well-paying jobs throughout my childhood, which was also an advantage. But that didn’t mean they didn’t budget or try to make their incomes go as far as possible. Rather than splashing out the cash during the holidays, my parents made some strategic choices to make Christmas time both cost-effective and meaningful: a pair of very practical Santas.

“Every month, we have a category for gifts and that budget is saved for the apocalypse called Christmas. More times than not, if we go over budget on anything during the year, it’s usually gifts,” my dad told me over the phone. My siblings and I had an allowance from an early age and we were responsible for saving up for things we wanted during the year. The only other time my parents would buy us “fun” items was for our birthdays. This meant that Christmas was our prime time to ask for big-ticket toys and electronics. My parents combined the gifts like stuffed dogs that barked and wagged their tails with practical things like pajamas and toothbrushes.

“First of all, you didn’t get everything you asked for,” my mom added. This is news to me, since I can’t remember a single year when I felt disappointed in what I found under the tree. “What we would do is pick out one of the really key items that you guys really liked or really wanted and those things went under the tree, unwrapped. Those were the gifts we said were from Santa,” my mom told me.

So “Santa” only gave us one big present, while the wrapped presents under the tree were often things that my parents would have bought us during the year anyway, most notably the pajamas that we’d open on Christmas Eve and wear while we waited for Santa’s arrival. As growing kids, we did need new sets of pajamas each year, and by incorporating this purchase into our Christmas traditions, my parents were able to pay for it out of the gift budget instead of the clothing budget.

This type of strategizing continued as we grew into teenagers. “The gifts got more expensive as you got older,” my dad said. “There’s a natural progression from a $20 Fisher-Price xylophone to a $1,000 computer, but things change. When you needed new computers we just bit the bullet and said ‘This is what we’re doing.’”

Receiving a MacBook for Christmas was a wonderful privilege, but my parents also knew that they would have had to buy us laptops for school at some point. My parents could have opted to get the laptops in September and buy us something else from our wish lists for Christmas. By making the MacBooks our big present for the year, they saved a couple thousand dollars.

We used to celebrate Advent with the rest of our church while I was growing up, which meant that the Christmas season officially began for my family on the first Sunday of December. “Our faith was a big part of getting ready for Christmas,” my dad said. “It wasn’t just the one  Christmas morning [event]. Christmas was six or eight weeks of fun things.” This meant that my parents didn’t have to pack in the magic on Christmas Day. As kids, Christmas wasn’t just about getting the perfect presents because we were having so much fun doing other activities like ice skating, visiting Santa at the mall, listening to the Christmas story at Mass, and making wooly sheep with clothespins and yarn for the Nativity scene. These activities cost money, but more often than not, the time we spent together as a family was free.

“I wanted Christmas to last as long as possible,” my mom said. “We tried to do other Christmas activities—we went to the company Christmas parties and the Scrooge play, we’d drive around to see the Christmas lights and see the lights at the zoo.”

“I have to temper my current feelings about Christmas spending with my experiences growing up,” says my mom. “When the crops were bad and the prices were down, Christmases were awful. There was always a fight. So I’m carrying that baggage into our Christmases and that’s why I want to try to make Christmas as perfect as possible. I want to have all the goodies and treats, the stockings by the fire, I’m making up for all the Christmases I didn’t have as a child.”

In writing this piece, I realized that I have little memory of the physical gifts I received as a child, but I do have striking sensory memories of the traditions and time I spent with my family during Christmas. “I’d like to think you guys enjoyed Christmas because we did little things like putting soot out in front of the fireplace and eating the milk and cookies and having fun as a family,” my dad said. I agree—those were the moments that made our Christmases magical, even after we stopped believing that magic came from Santa.

Keagan Perlette is a writer living and working in Vancouver, BC. Follow her on Twitter at @keaganperl and find more of her writing at keaganperlette.com.

1. We Did Good, Billfold
2. Question Wednesday
3. What I Learned From Five Years of Writing and Editing for The Billfold
4. How a Program Assistant Dealing With a New Paycheck System Does Money
5. Classic Billfold: What I Wanted From My Move to Portland and What I Got
familyholidaysholidays and moneyparentssanta