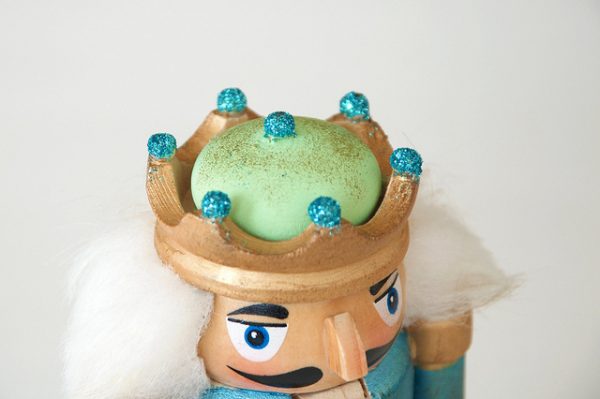 “Give experiences, not presents!” That’s all we Millennials really want, right?. Less crap clogging up our closets and more Actual Memories.

But giving experiences is much harder than we might think. In reality, many of us like presents, and it can feel like a cop-out if someone offers to buy us dinner or take us on a touristy thing instead of giving us a physical, tangible sign that they care. Or at least it can feel that way.

Still, the trend pieces continue. Apparently we all want experiences, even if we claim to only want physical prezzies.

So I asked five people in my life how they’d feel if I gave them experiences instead of presents this year. They ended up being spread across generations—two Millennials, one Baby Boomer, and two Generation Z-ers.

I asked them each four questions:

I recorded their responses, because there had to be some nuance to this idea. There just had to be. Would the experiences-as-gifts idea play out? If so, how?

This brother was the most upset by my decision to not travel home for the holidays. He’s headed off to the Air Force soon, and the holidays are a big deal for him. Putting in the time might be my chance to connect with him before he left. Not to mention it may have been the thing to make up for my tradition-breaking mindset in his ideas.

This brother is also what I like to call Gen Z Rising, meaning he lands right at the beginning of the Gen Z generation (1995 is the cutoff). So it was interesting to see where his attitudes aligned.

Surprisingly, he was the most open to experiential gifts. He read the book on the five love languages, and for him, the act of giving gifts ranked lowest. The act of an experiential gift would count as an act of service or quality time, which was much more resonant to him.

He also hit upon the fact that receiving physical gifts can be awkward. “I can struggle sometimes with the ability to say ‘thank you’ correctly.” He admitted. Giving an experiential gift is more likely to elicit an honest reaction.

And he puts his money where his mouth is: most of his “best gifts” have been experiences, including recreating a first date for a couple he knows.

Overall, Last Christmas Brother isn’t precious about material goods. “If I need something, I’m gonna buy it.” He went on to repeat: “If I really like something, then I’ll have it.” Why make that someone else’s burden?

Also, this process taught me that Last Christmas Brother owns eight guitars and three pairs of shoes. It really is all relative.

This brother is so Generation Z, he has his own YouTube channel and his own Twitch stream. He is all up in the Internet and loves it. We play League of Legends on occasion, and it’s fabulous.

Oddly enough, he was the direct opposite of Last Christmas brother, openly preferring physical gifts. “I would personally prefer the material object.” He answered to the first question. “The object can be used multiple times.”

I wondered why this could be. Was he hardened or cynical from his heavy internet use, like all the trend pieces say?

No. Not at all. He was just more individualistic. The second question, about whether an experience is a better or worse gift, elicited this telling response: “I think for some people the experience is worth it, but not for me.”

And for giving experiences? “Probably, but I think it depends on the person.”

Individualistic, not materialistic. I can dig it.

My Rational Significant Other (Millennial)

Ah, beloved. The one who knows my gift angst and understands my need to reduce Christmas stress.

He more closely resembled Gamer Brother in his individualistic tendencies. On experiential gifts versus physical gifts, he was gracious but practical: “I would probably be happy with it, but it depends somewhat on if I had a particular item in mind. If there’s a single item I really want and I thought I was getting it, then didn’t, that would be disappointing even with a cool experiential gift instead.”

But what about experiential gifts in general? Are they just worse? “Not worse, but harder to do right… for example, a free pass to go do something whenever is a great experiential gift, but ‘You’re booked for a massage tonight” or “You’re going to dinner with me at a specific time’ is perhaps too presumptuous of the other person’s schedule and preferences unless you’re already very close.”

Overall, Significant Other’s individualistic attitude elaborated on that of Gamer Brother, but maybe with a kinder edge. He’s all for giving experiential gifts, but… “I’d have to be really confident that they would like it, or else I would feel like I should have gone with a more sure-fire regular gift.”

There’s a special bond between horror fans when it comes to gifts. We love watching new films, sharing new swag, or buying collectibles related to our favorite movies.

Which means that holidays are almost irrelevant when it comes to horror fans. If I see a vintage collectible pin from Texas Chainsaw Massacre (or any movie you like), you bet your ass I’m going to get it for you. Or invite you to see the sequel of that sweet film you liked a lot last year.

My best friend’s first answer fit that stereotype perfectly: “Honestly, I’m not the type of person who really cares about gifts. However, if an experience were a gift, I would enjoy it more if it came from the right person—someone I LIKE to spend time with, who I know has given thought to the gift, and has ensured that it is something that they know we will BOTH enjoy doing, rather than make it about themselves, or be bored to death doing something that only I like to do.”

But Horror Bestie also crystallized the attitude from everyone who seemed hesitant to give experiential gifts: A fear of messing up. “As far as I’m concerned, a gift is very personal—something that one has put thought, love, and time into—so I would really be cool with experiences only.”

Also, we can’t forget the feelings of presumption that go into an experiential gift. How do you know that that person would love, say, a meal you cooked them? Or a movie? Or a show that maybe the two of you have only talked about once?

“As far as receiving one myself,” Horror Bestie explained, “I would be very open and receptive to an experience, just as I am to all gifts that are given to me. However, I am not above turning it down completely if I knew that this ‘experiential gift’ was something that only takes the needs, likes, and wants of the giver into consideration, rather than putting effort into knowing what kind of experience would pertain to me and my life.”

I will say this about my significant other’s mom: she’s by far one of my favorite people to talk to about money because she could not possibly care any more. Her credit score is impeccable. She owns her home. She’s got her stuff handled.

She was the least likely to give a flying fuck about experiential gifts. She had this to say at the prospect of receiving an experiential gift: “It would be weird for someone from my era, but yeah, there is the Little Drummer Boy Christmas parable. So I would accept it. And with gratitude.”

She easily gave just as few fucks as Gamer Brother about gifts. “I would consider experiential gifts if I knew what the recipient might appreciate, sure. But like I said, it is harder to return a failed ‘experience’ if I’m wrong! Hence, food and gift cards!”

For the most part, people weren’t always on board with experiential gifts. There wasn’t an underlying factor to who preferred experiential vs. physical gifts.

I didn’t expect the people who were against experiential gifts to make such good arguments against them. It’s true: There’s an awful lot of presumption that comes with buying someone an experience rather than something they can hold and touch. (Or return.)

Last Christmas Brother is an extremely confident person. In terms of people who would feel confident making up an experiential present for someone to receive, it doesn’t shock me that he’s at the top of the list.

But that doesn’t mean that Rational Significant Other or Kickass Mother-In-Law aren’t confident people. In fact, I got the impression that they were perhaps a little kinder in their choices. Rather than risk a bad day for someone they cared about, they were willing to risk a bad purchase.

A person’s gift-giving preferences really come down to how much one is willing to gamble when it comes to the other person’s joy. Do we know enough about the other person to give them a great day, unencumbered by planning but still personally satisfying? Or would we rather risk a smaller failure, with more possibilities to redeem ourselves in the future if we fail?

1. We Did Good, Billfold
2. Question Wednesday
3. What I Learned From Five Years of Writing and Editing for The Billfold
4. How a Program Assistant Dealing With a New Paycheck System Does Money
5. Classic Billfold: What I Wanted From My Move to Portland and What I Got
experiencesgiftsholidaysholidays and money