The Billfold
And No 100s 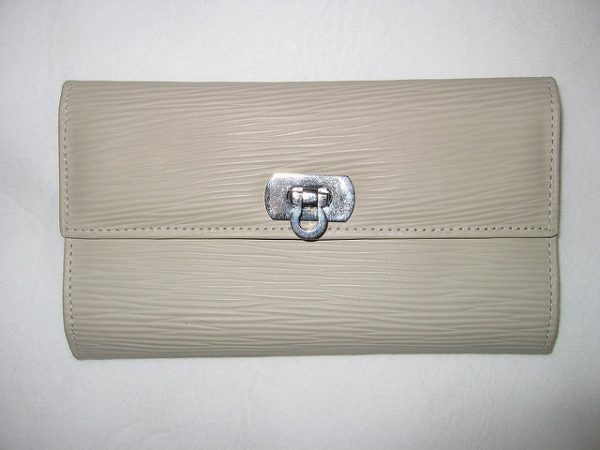 Does anyone write checks anymore? As I considered how to pre-pay for a work holiday luncheon, I pondered that question. I couldn’t remember the last time that I wrote a check. It had to be at least seven or eight years ago.

When I was in junior high, we were taught how to write checks. Thinking back more than 45 years, I have no idea what class considered check-writing part of the curriculum. Home Economics? Math? A Life Skills class that was trendy in the ’70s?

After my mother died when I was 13, my father put my name on the joint checking account. Because my father was illiterate, I became his authorized check-writer, filling in the lines so he could sign it. After his death in December 1975, the account became exclusively mine. Each month, I dutifully deposited my Social Security check and wrote checks for my expenses. Once I graduated and entered the working world, I deposited my wages and balanced my checkbook every month.

When I moved to California in 1988 and started working, I had to select a new bank. I went into a bank branch close to my new job and opened an account. It was tedious to write a check and put it in the mail, hoping that it would be posted by the due date of a utility or credit card payment. Once direct deposit became available, it made life a lot easier.

Around 2004 or so, I became entangled in the world of payday loans. Each payday, I rushed to the bank to get the money to pay off the previous week’s loan. Many times, I renewed the loan to pay off another lender, sometimes having open accounts with three lenders at the same time. It was an unending cycle of loss, paying $300 each time for a $250 loan. I don’t want to even contemplate how much money I spent in fees over the years, but I’m sure that it was in the thousands.

Once my temporary job ended, there was no way to pay back the money or stop the overdraft fees. After a few weeks, my checking account was closed. The box of leopard print checks that I had in my bedroom drawer was now nothing more than potential animal print confetti. I was relegated to a world run by cash and money orders.

In February 2012, when I was homeless in Santa Monica, I needed to cash a check for $700. A month earlier, I had applied for a grant for writers in crisis and was awarded funds to help me find temporary housing while I looked for a job. I went to the bank on which the check was drawn, but was told that the check could only be deposited in an account, not cashed outright.

Tearfully, I talked to a bank representative. I explained my situation and told him how I had lost my last checking account. After listening to my story, he went to talk to the manager. A few minutes later, he returned to his desk with the branch manager. The manager said that he would authorize a checking account. He said that lots of people came into the bank with their stories, but mine was one of the few believable ones.

I was given a checking account, with one limitation—no checks. If there wasn’t enough money in my account to cover a transaction, it would be denied (for a fee). I was glad to have my new checkless checking account. I was able to move into a temporary living situation for a month. Over five years have passed since that memorable day and I still have the same checking account. Every payday, when my biweekly wages are deposited, I am thankful to that banking manager for having faith in me.

Who needs checks these days? Sometimes I see senior citizens writing them at the grocery store, but even that is becoming a rare occurrence. The only expense I have that requires a paper payment is my rent. I pay an extra fee each month for a cashier’s check, which can be cancelled if it were lost or stolen. Online banking has made paying bills a lot faster and easier. I pay the rest of my monthly expenses by using a debit card or authorizing a bank transfer. Luckily, I haven’t been the victim of identity theft. Are checks safer than the payment methods that we use today? A forged check may be easier to discover than a fraudulent online bank transaction. But I will probably never write personal checks again.

I found out that I could pay cash at the door for the luncheon. Who carries cash?

1. We Did Good, Billfold
2. Question Wednesday
3. What I Learned From Five Years of Writing and Editing for The Billfold
4. How a Program Assistant Dealing With a New Paycheck System Does Money
5. Classic Billfold: What I Wanted From My Move to Portland and What I Got
bankingcheckbookschecks