What Does It Mean to Be a Financial Sponsor to Relatives Immigrating to the United States? 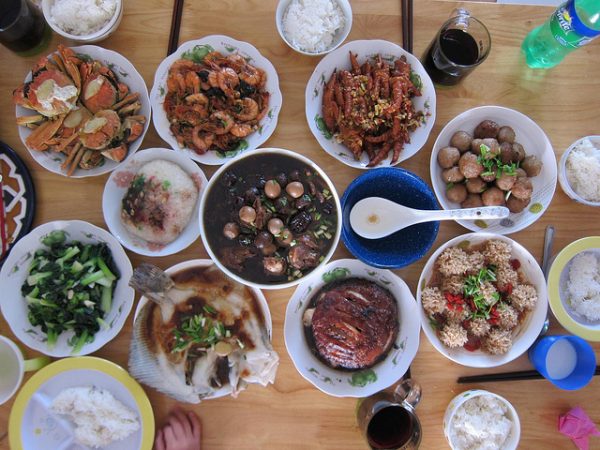 I grew up in a big family and lived with extended relatives for a long time. My parents always told me that family means people whom you can depend on—and, while growing up, I witnessed how true that can be.

My parents immigrated to the U.S. from a small town in China almost 30 years ago. My paternal grandma was already in the U.S. and petitioned for my dad to immigrate to the U.S. to become a lawful permanent resident. His siblings had arrived a couple of years earlier and had secured stable work and living arrangements. By the time my parents came, with me and my brothers in tow, we were able to stay with my grandparents.

After a few years of serious labor in restaurants and factories, my parents saved up some money to buy a place with two other uncles. They pooled all their resources and bought a multifamily house where we all lived together. I grew up in a house with 15 people including grandparents, uncles, aunts, and cousins. Despite occasional arguments, the situation actually worked and was advantageous in many ways. We looked out for each other. As time went by, the kids grew up; people moved out and started families and bought their own property, but we still remained tight. So I know the value of family and extended family.

Fast forward 30 years later and now my mom’s side of the family is immigrating to the United States. My uncle on my mom’s side petitioned for his five siblings to come to the U.S. about a decade ago and their immigrant visas are scheduled to be approved within the next two years. My mom and uncle are obviously happy to be reunited with their siblings and for them to have better opportunities in the United States. I was happy for them too, until I was told that I “have” to be their sponsor. Not knowing what that truly meant, I just said I’ll do what I can to help.

As we are getting closer to their arrival, I start researching the responsibilities of being a “sponsor” and I am honestly worried. As a sponsor I would have to file an Affidavit of Support (Form I-864).  I would also be required to “provide the intending immigrant any support necessary to maintain him or her at an income that is at least 125 percent of the Federal Poverty Guidelines for his or her household.”

I’m already concerned because I doubt I can provide the financial support necessary for my mom’s five siblings and their spouses, 10 people in total, to be at 125 percent of the poverty level.

What distresses me more are the other consequences:

If the intending immigrant becomes a lawful permanent resident in the U.S. based on the Form I-864 that you have signed, then, until your obligations under Form I-864 terminate, the U.S. Government may consider (deem) your income and assets as available to that person, in determining whether he or she is eligible for certain Federal means-tested public benefits and also for state or local means-tested public benefits, if the state and local government’s rules provide for consideration (deeming) of your income and assets as available to the person.

If you do not provide sufficient support to the person who becomes a lawful permanent resident based on Form I-86 that you signed, that person may sue you for this support.

If a Federal, state, local, or private agency provided and covered means-tested public benefit to the person who becomes a lawful permanent resident based on a Form I-864 that you signed, the agency may ask you to reimburse them for the amount of the benefits they provided. If you do not make the reimbursement, the agency may sue you for the amount the agency believes you owe.

This is the type of commitment that I won’t be able to back out of, if I discover I can’t fulfill it. There are only a few ways through which I can be released from these “obligations,” and one of them is my own death.

For some reason, my mom and uncle never expected me to say no to their plans because they believe you should be able to count on your family. I do too, but this kind of responsibility seems extremely unreasonable to me. My mom is retired and lives on my Dad’s Social Security income and a monthly allowance that I give her. My uncle, who petitioned for all his siblings to come, has not been able to hold a steady job for the last five years. He also gets paid cash and does not report enough income on his taxes to financially sponsor anyone. So that leaves me, the ever-helpful and obedient daughter and niece.

The aunts and uncles that will be coming are all in their early to late 50s. Realistically, it’ll be hard to them to obtain quality jobs and live comfortably given their age and language barrier. I feel like I’d be on the hook to support them in some way or another for the rest of their lives.

I also want to invest in a property, but I will definitely not be able to afford a place big enough for all of them to stay. My uncle tried to tell me that all I’d have to do is put the down payment and then my aunts and uncles will pay me rent to pay off the mortgage. This sounds great in a perfect world, but life is not perfect and I do not have the wealth to support this situation.

I wish I could say that I will help in every possible way, but I don’t think I can. When my parents arrived 30 years ago, they pooled their resources with my dad’s siblings to get a place, but everyone was fairly young and able to work. There was a shared commitment and responsibility between them. Currently, my uncle is expecting me to shoulder all, if not most, of the responsibility.

When I told my uncle I had to think about this situation, he saw my reluctance and he looked me at the eye and said I was selfish and didn’t consider them my family. I was hurt, and also felt guilty because I know my mom would want me to help her siblings. I feel obligated to help my mom, but I honestly don’t know her siblings. In the past 10 years, I’ve seen them in person once and talked to them maybe a handful of times over the phone. I’m not sure if I can even trust them, so why should I lay out all my assets as collateral for them?

My logical mind says don’t do it, but emotionally I feel like I should because deep down I do consider them family. I also know that my mom would be devastated if I didn’t do it. It would be very noble to help my relatives build their lives in the U.S. so they can eventually bring their younger children here. But to take my role as a fiscal sponsor seriously, I would have to consider them every time I make any sort of big financial decision for the next 20 years. At the moment, I have not decided what I’ll do when the time comes. My mind says I shouldn’t get involved, but my heart is telling me I should help them. I think about my parents and how they benefited from a relative willing to be their financial sponsor, and I feel like I should reciprocate this deed.

Every time I think about this, I get a headache. I just hope when the time comes, I’ll make a decision I won’t regret.

1. We Did Good, Billfold
2. Question Wednesday
3. What I Learned From Five Years of Writing and Editing for The Billfold
4. How a Program Assistant Dealing With a New Paycheck System Does Money
5. Classic Billfold: What I Wanted From My Move to Portland and What I Got
familyimmigrantimmigration