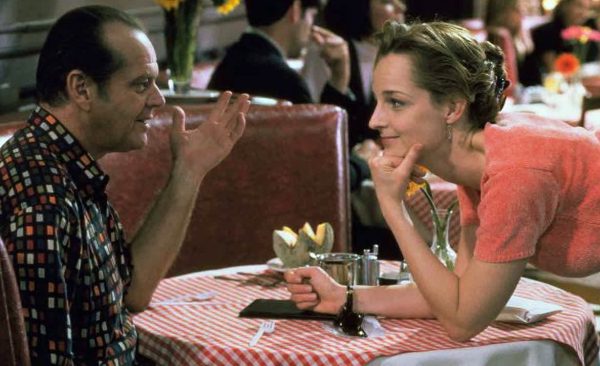 Meet Cindy: a single mom, making $30,000 per year, who hopes to one day get beyond living paycheck to paycheck. With a $700 increase in her tax refund each year under our tax bill, Cindy can start saving for her future. pic.twitter.com/teujxL5HZ2

There are a lot of things wrong with this tweet, starting with the fact that Cindy’s daughter is a stick figure while all of the other images are silhouettes.

But let’s look at the idea that having an extra $700 per year enables someone to save for their future. Yes, having an extra $700 is better than not having an extra $700—but even assuming that all other expenses stay constant and there are no unexpected costs that eat up that $700, putting $700 in a savings account every year will only get you $5,600 or so by the time Cindy’s daughter is ready for college. (That’s, like, enough to cover the meal plan. For one semester.)

Of course, the trouble is that the other expenses don’t stay constant. Cindy might be on an employer health plan, so she doesn’t necessarily have to worry about Affordable Care Act premiums going up—and remember that this tax plan assumes that if ACA premiums get too high, you can always choose to forego health insurance—but she will have to worry about losing her CHIP eligibility (thanks to Congress letting the program expire), which means that her daughter will no longer have access to subsidized healthcare.

Cindy might also have to worry about rent going up. She might need to fix her car, which we learned can cost $3,000 a pop. Cindy’s daughter’s school might print out a longer school supply list now that teachers are no longer able to deduct the school supplies they buy out of pocket. (Our government is so desperate for money that they took away the $250 school supply deduction. TWO HUNDRED FIFTY DOLLARS.)

It’s worth noting the implication in Ryan’s tweet: that Cindy’s current tax refund is not large enough. I ran the numbers on what kind of refund Cindy might currently get with a $30K income and one child, and the tax calculators say… $602. This number isn’t necessarily accurate because I didn’t give Cindy any deductible expenses (moving expenses, state tax credit), but she’s going to lose those deductions if the Tax Cuts and Jobs Act passes anyway, so… well, the point is that Cindy doesn’t have a lot of money to spend, okay?

And Speaker of the House Paul Ryan thinks giving her an extra $700 per year is this huge benefit.

But it’s not enough to help Cindy save for the future.

1. We Did Good, Billfold
2. Question Wednesday
3. What I Learned From Five Years of Writing and Editing for The Billfold
4. How a Program Assistant Dealing With a New Paycheck System Does Money
5. Classic Billfold: What I Wanted From My Move to Portland and What I Got
I am so frustrated with this Tax Cuts and Jobs Acttaxesthanks to the numerous Twitter users who tweeted about Congress letting CHIP expire because I had forgotten that would also affect Cindythis shouldn't be as good as it gets for Cindy