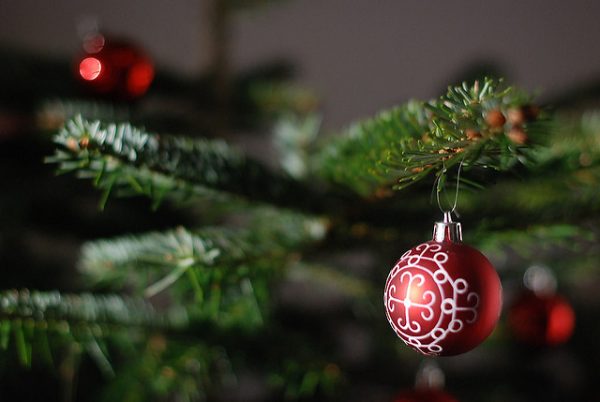 The worst part about being a single lady during the holidays was feeling alone. The best part was that my costs were relatively low since I wasn’t asked or expected to play host, and wasn’t decorating for anyone except myself. But between the holiday seasons of 2014 and 2016, I made the dramatic jump from girlfriend to stepmom (with preteens) in a new (much larger) home.

When there is a whole house to decorate and children to delight as opposed to a small apartment and a cat who couldn’t care less, it turns out holiday budgets need to be adjusted. So I decided to look back at my holiday spending from those two seminal years and see how things changed across a few categories.

I’m not going to include my regular holiday spending on gifts for my other family members—or my holiday baking—on this list, since those costs remained fairly consistent across time. There are a few categories, though, where the costs went up because I was suddenly part of a family unit with hopes and expectations.

2014: The heydey for my paper-saving self. I had bulk-purchased enough “coins” on Paperless Post during the previous year to afford “fancy” e-cards, which involved sending a digital photo of myself bearing holiday greetings while holding a koala (from a trip to Australia earlier that fall). This only set me back a small amount, considering it went out to 80 friends and family ($20).

2016: Perhaps I could have kept up the paperless scheme, but when there are kids involved, I think older family members want something in paper that they can display. We didn’t splurge on a professional photo shoot, and I used a 35 percent off coupon code, but sending paper cards is always an endeavor. Not only do you have to count in the cost of the cards ($136.80), but there’s also postage for 100 people ($47).

2014: I lived in a one-bedroom apartment with a cat who liked to knock things over, so my 4 foot light-up tree (acquired for $30 back in 2007, so not counted here) lived in my bedroom which was off-limits to the cat. Considering I wouldn’t have guests or anyone else to see my efforts meant that I kept things pretty simple—a few new tree ornaments purchased on the trip to Australia ($13), and one purchased when my boyfriend and I took our first trip as a couple to Vermont ($3). I also bought a wreath from my church which benefitted local charities supporting women and children ($15).

2016: Buying a house means there are so many more spaces that need to be decorated, and the first big expense was the tree. For the year we lived together before buying the house, my boyfriend and I both talked about our love of real Christmas trees, and how great it would be to actually get one when we had space. Our tree came from the local police lot which uses the funds to send disadvantaged kids to camp ($40). I needed some heavy-duty fishing wire ($8) to secure the tree to eye hooks in the wall so that the cat couldn’t bring it down and ruin Christmas, and a tree stand to put it in ($35.50).

There were also more ornaments purchased on vacations in Charleston and England ($20 and $7), and an Iron Throne ornament I could not resist when it went on sale on Amazon ($7.57). Not to mention we needed a tree skirt, and while shopping for a simple one I liked (harder to find than you’d imagine), I decided it was a good idea to buy two more ornaments and a felt garland that said “Merry Christmas” at the same time ($88 altogether).

When you’re in a house and not an apartment, there are more surfaces (especially higher up ones like mantles and shelves that cats can’t reach) that make it easy to decide that more decorating needs to be done. So I bought a slew of fake trees to scatter across tabletops ($40), stockings for the mantle (4 at $13 each), and stocking holders to hold them up ($25). Since that felt message ornament was so cute, why not DIY my own winter garland that could be used from after Christmas through all the cold months? It was definitely more expensive than a mass-produced option ($37), but at least I got to choose my own color scheme, and I have two strands which now hang in the doorways of our living room.

I should probably also count the outdoor extension cord that I purchased with the idea of maybe putting up outdoor lights that never actually went up ($14.99).

2014: I honestly don’t remember what I bought to contribute to the stockings at my parents’ house (where I do Christmas morning). It was probably a couple little presents for ten people (my parents, siblings, their significant others, my grandmothers, and a nephew), and some candy. It helps when there are other “Santas” in the family who help to fill the stockings, so it feels like a lot, but it’s spread out over lots of people..

2016: In addition to contributing to the stocking gifts at my parents house the same as in 2014 ($50), we did stockings with the girls later on Christmas night. I decided that the small amount of “stuff” that went in our stockings should either be useful or consumable. Everyone got cozy non-skid socks to wear around the house ($25), bandages in fun designs for the girls ($6.50), a box of tea each ($10), fancy hot cocoa packets ($8), and some loose assorted chocolate candies ($5 probably?).

2014: This was the first year my boyfriend and I dated, and so we spent Christmas day apart. His girls barely knew I existed, having met me just twice, which was convenient for me because it meant not having to buy gifts. But I was very clever and bought my boyfriend a silk tie he had mentioned in passing (it’s a special tie designed for alumni from his university). It cost more than my usual per-person budget for Christmas gifts (~$50 for each family member), but was and continues to be a big hit, so was worth the the cost ($70.20). I also knit my boyfriend a cozy hat out of cheap but bulky and cozy acrylic yarn from my stash that he still wears and loves ($0).

2016: Since we owned a house together and were in it for the long haul (we got engaged and then married within four months of the holidays), I upped my gift game for the boyfriend and bought him a voucher for indoor skydiving ($149.95), but justified the real gift-budget cost as being only two-thirds of that total ($99.97) since it was a voucher for two people to do three dives. I was giving him the extra dive, but my dive didn’t count as a gift, right?

For the girls, I was on my planned per-family-member-child budget of $35 each, but after buying them each a board game (Lanterns and Flash Point Fire Rescue, $51.76 total) I was at Target when I had the genius idea to buy them some cozy warm jersey sheets for when the weather got colder. It definitely bumped me out of my budget projection (another $36 for the two sets), but they loved those sheets.

Many of the decor items I purchased last year will be re-used this year (all except the tree and wreaths), so it doesn’t feel like I’m starting from scratch for 2017. Paper cards will be a yearly expense for as long as we have kids at home (or until more people get on the e-card train), and I will always want to buy a few new decorations to add to what we already have. Things like purchasing a wooden craft-project advent calendar with pull-out drawers that will never end up cheaper than the paper-and-cheap-chocolate variety sold at Trader Joe’s, no matter how many years we have it. But the idea that we are setting up our own family traditions and memories makes it worth the price.

Maggie Keller is a librarian by day, with an overly ambitious home life by night, who lives in Virginia. You can find out if she ever finishes that advent calendar on Twitter @darastar.

1. We Did Good, Billfold
2. Question Wednesday
3. What I Learned From Five Years of Writing and Editing for The Billfold
4. How a Program Assistant Dealing With a New Paycheck System Does Money
5. Classic Billfold: What I Wanted From My Move to Portland and What I Got
christmasfamilyholidaysholidays and moneylife changes