The Billfold
The Worst 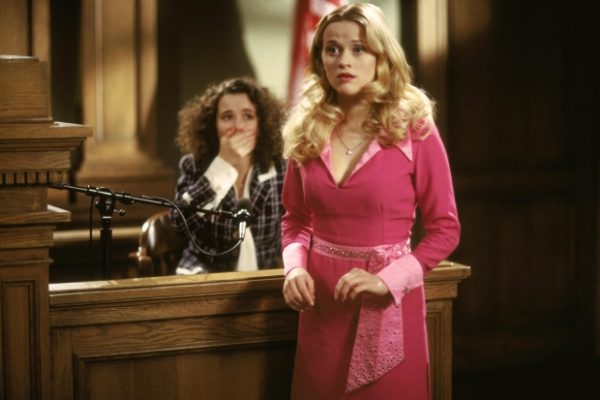 I did the worst thing I could have possibly done to an employer. No, I didn’t embezzle money, or cause a scandal. I didn’t even steal office supplies. (Okay, maybe a few pens jumped into my bag—you caught me!) But besides actually doing something illegal, I’m guilty of the worst thing any employee can do to their boss: I got hired, got trained, and promptly quit. And I did it twice.

The first time this happened, I was just out of college. Legally Blonde was on TV a lot at the time—and I loved seeing Elle Woods find career success, maybe because it was something I was failing to do. I was living at my mom’s house, working at a theme park, and struggling to pay for my addiction to those fancy $3 cupcakes that were so popular in 2013. I had this big idea that after college I would get a great job and make lots of money, but I, of course, wasn’t doing that.

After seeing Legally Blonde for the millionth time, I decided that I should try to be a lawyer. What’s that you say? Going from a theme park employee to attorney is a big jump? Yes it is. But I was serious about it.

I took the LSAT three times: each time getting a lower score (I should have seen this as a red flag), and started looking for entry-level jobs in law firms. As it just so happened, a friend’s mom was looking for an office assistant in her firm, and she got me the position. I was elated. Finally, I had a career path and direction in life.

There was just one tiny problem: I hated the job.

I showed up to my first day at work and spent my lunch period crying. I cried during bathroom breaks. I even cried in my car after the day was over. This was an unbelievably extreme response for me. Usually if I’m upset or sad, I get grumpy, but I’m not a crier. This was the finding-out-you’re-allergic-to-peanuts-while-eating-peanut butter reaction equivalent for a new job. At the end of my first full workday, my eyes were beginning to swell up, my hands were shaking, I couldn’t breathe, and I just wanted to go home. That night, I took the time to think thought about what had happened. Where people mean? Was the work too hard? Was I psyching myself out? No. No. And… possibly yes?

The truth was, everyone was very, very nice. I was pretty much only in charge of answering the phones and sending a fax every so often, so it wasn’t like the work was stressful. There was nothing actually wrong except for the constant dread I felt just being there. The next day I learned everything I could from my trainer, tried to focus, and snuck off to the bathroom every second I could to sob in a stall.

I told myself to suck it up, and for a couple weeks, I did.

In truth, I was doing all right at the job. I was making friends and learning how to use the copy machine. On paper, I was doing fine. But at night I had nightmares of being stuck in small places, of being trapped. It wasn’t until I told my boyfriend about these dreams that I realized what was happening. I had set a new path for myself and I didn’t like it. In my head I’d dedicated the next three years of my life to law school and the forty years after that to being a lawyer, a job I wasn’t even sure I wanted. Sure, the assistant job was okay, but I wasn’t looking at my bosses and thinking, “that’s what I want to do.” It just didn’t click for me. I was no Elle Woods.

On my second Friday at the firm, I sent a short email to my boss that I appreciated the opportunity, but I didn’t feel I was the right fit. Then I got up from my desk and left.

I was embarrassed and disappointed with myself, but I was also young. I think my friend (who got me the job) and her mom understood what was going on, even if I didn’t. I felt bad for letting the team train me for two weeks and then leaving them empty handed, but I simply felt better going. I threw away my law school applications that day, and though I didn’t have a plan for the next half-century, I felt like I could cross ‘lawyer’ off my list of possible careers and move on.

This is the part where one might think I would have learned my lesson: to only take a job when I was sure it was a good fit. And I thought I did. But five years later I did the same thing, and that time, I wasn’t so young, and it wasn’t so forgivable.

I had been working in a flexible sales job where I drove around to grocery stores all day and listened to audio books in my car. Sweet gig, I know. But I had just finished my Masters in Creative Writing and I wanted to do something more ‘writing’ focused. A friend got me an interview, and after three rounds, I landed a job as a technical writer at an engineering firm.

At first, I was thrilled. The job would be something new and exciting. But when I showed up for my first day, it was not what I expected.

The work was dull and complicated and I felt out of place in a world of engineers. I thought it would be fun to write all day, but the technical aspect sucked the creativity out of me so much that I didn’t want to write when I got home. I couldn’t even find solace curling up with a good book after work because I was exhausted after long days of proofing complicated bridge proposals.

This new job was complicated, and my boss, who had a lot of better things to do, had to show me how to do every single step. After weeks of her spending a ton of time helping me, I couldn’t just quit. I knew the kind of time and money that went into hiring and training me, and I didn’t want to disappoint a company that had believed in me.

But I also didn’t want to be miserable. I knew it wasn’t a good fit, and I didn’t want to force myself to wake up and go to an office where I didn’t like the work I did. They deserved someone who would want to grow with them, not an imposter who struggled to come back after lunch.

On a Thursday afternoon, I went into my boss’s office, and told her everything. I could tell she was disappointed, but after I got everything out, she gave me a hug and told me it was good that I was honest. She said that nobody would fight for what I wanted but myself.

I found myself crying in the bathroom again, but this time out of relief. And gratitude. My boss was amazing, and the fact that I couldn’t stick it out to work for her was just proof that I needed to find something else.

I was disappointed in myself after I left that company, but I was thankful I did. Soon after, I was offered a position teaching Creative Writing, my freelance writing career started to gain speed, and I felt like I was finally on the right track.

To this day, I still feel guilty for leaving those jobs. They weren’t exactly tiny companies where losing a new employee was a huge blow, but it was certainly inconvenient. Still, I think that sometimes you have to learn the hard way, and that can mean letting people down. Unfortunately, that’s usually the toughest part.

Jilly Pretzel is a fiction and nonfiction writer from Southern California. She earned her MFA in Creative Writing from Chapman University and now teaches writing at California School of the Arts in San Gabriel Valley. She has recently written for The Penny Hoarder, Love TV, and Orange Coast Magazine.

1. We Did Good, Billfold
2. Question Wednesday
3. What I Learned From Five Years of Writing and Editing for The Billfold
4. How a Program Assistant Dealing With a New Paycheck System Does Money
5. Classic Billfold: What I Wanted From My Move to Portland and What I Got
careersjobsthe worst thing you can do