The Billfold
Cash Only

Do We Need a $500 Bill… Because of Climate Change? 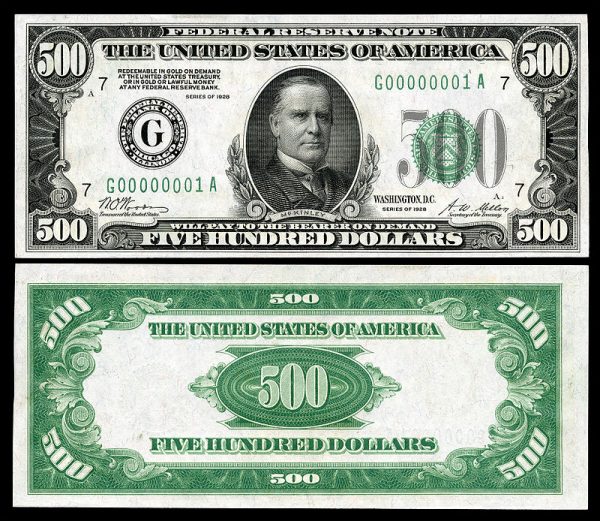 So apparently the $500 bill used to be a thing, and now economist Jay Zagorsky wants to bring it back.

Because of climate change.

Zagorsky explains the problems with a cashless society in The Conversation:

First, there always has to be electricity to power the computers and network storage. Second, communication between all parts of the network needs to be available. Finally, the network has to be secure, so only authorized money transactions occur.

All three of these fundamental requirements for a cashless society have broken down recently in dramatic fashion.

He’s referring to the recent hurricanes and wildfires, which have taken out power grids, cell towers, and more. If people can’t use ATMs, they can’t access cash; if Wi-Fi and cell service is down, they can’t transfer digital cash. (This is one of the issues Puerto Rico is currently facing.)

But why the $500 bill? Why not five $100 bills? He doesn’t precisely say, but he implies that in a disaster situation, we might need a lot of cash. He also notes that holding at least some wealth in cash makes us less vulnerable to cyberattacks and identity thieves:

As most people do not possess piles of coins or bills anymore, our money consists of entries in bank and brokerage databases. If those entries change or disappear, people’s wealth vanishes, too.

I am not sure Zagorsky has made a sufficient argument for bringing back the $500 bill—which was officially removed from distribution in 1969—but he’s certainly made an argument for adding cash to our disaster preparedness kits. (I should add “add cash” to my to-do list, since the total amount of cash I own is literally a handful of coins in an owl-shaped bank.)

Of course, this creates the same problem that I had to consider when I bought my own earthquake survival backpack: when disaster strikes, you have to be able to access whatever you’ve saved and prepared. Right now, my survival backpack is tucked into a corner of my kitchen, next to the broom; if that part of the kitchen gets blocked off during an earthquake, I won’t be able to access my high-calorie nutrient bars and water packets. Imagine if there were a bunch of $500 bills in there, too.

Does that mean we actually need to stockpile smaller piles of cash in various locations at home and work? A $500 in every corner? I’m probably overthinking this, but… well, you get the idea.

I’d ask “if you stockpile cash at home, where do you keep it?” but I realize that nobody really wants to share that information publicly. So I’ll ask instead: do you like to keep a lot of cash at hand? And would you like a $500 bill?

1. We Did Good, Billfold
2. Question Wednesday
3. What I Learned From Five Years of Writing and Editing for The Billfold
4. How a Program Assistant Dealing With a New Paycheck System Does Money
5. Classic Billfold: What I Wanted From My Move to Portland and What I Got
cashclimate-changethat $500 is going to be even more valuable if it's the only $500 around