The Cost of Moving: Getting My Stuff Halfway Across the Country 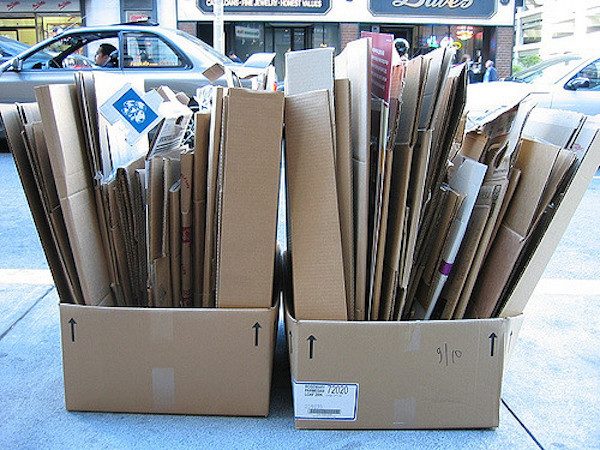 It’s going to cost me $1,661 to move my stuff from Seattle to Cedar Rapids, and that’s the best deal I could find.

I should back up, though… the “maybe I’ll move at the end of the year” plan has become an “I’m definitely moving on November 30” plan, in part because I can avoid a break lease penalty if I take care of things before Dec 1 instead of leaving my landlord in the lurch at the end of the year. (Yes, I was on a lease through August 2018. Yes, this is one of the benefits of being a good tenant.)

Anyway, I’m moving at the end of November, which means I needed to figure out a way to get my stuff halfway across the country.

Having both read and edited plenty of Billfold articles about the cost of moving, I went in ready to consider leaving all my furniture behind and shipping only my most necessary belongings via Amtrak. I started putting items into an Ikea cart, asking myself whether it would be cheaper to buy all new furniture after I arrived. I looked into Amtrak vs. USPS flat rate shipping. I wondered if I could take my clothes and my books and a few sentimental items and leave everything else in Seattle.

Then I started asking myself how I would get my stuff out of my apartment before I moved. Can’t just leave it there! I looked into making a tax-deductible Goodwill donation, but my stuff wouldn’t be worth that much—plus I’d have to figure out how to get it to the Goodwill. (They do offer pickup service, but they also suggest using the moving rideshare service Dolly, which would probably cost as much as my items were worth.)

Even if I gave nearly everything to Goodwill AND got them to pick it up for free, I’d still need to put in the time and effort to pack it all; can’t just hand the Goodwill driver a handful of forks and say “they’re yours now!” So I’d be putting in the same amount of effort to pack everything as I would if I were moving it, plus the extra effort of coordinating with Goodwill, which would give me less time to complete freelance work and/or sleep.

Plus I’d have to get a bunch of heavy boxes to Amtrak and/or the USPS, which would probably mean paying for a Lyft before paying for the cost of shipping, and I’d need to take time off to get that done.

Plus I’d need to pay to check at least three suitcases on a plane.

When you add all of that up and include both time and money, it makes just as much sense to call U-Pack and ask them to bring a truck to your apartment and then have them drive the truck to Iowa.

But that should be roughly equivalent to the security deposit and last month’s rent I’ll get back from my landlord, so it should all work out in the end.

1. We Did Good, Billfold
2. Question Wednesday
3. What I Learned From Five Years of Writing and Editing for The Billfold
4. How a Program Assistant Dealing With a New Paycheck System Does Money
5. Classic Billfold: What I Wanted From My Move to Portland and What I Got
as much as I love pods I am not using pods in this situation because they are more expensivemovingthe cost of movingthese forks are yours now