Settling for a Good Enough College 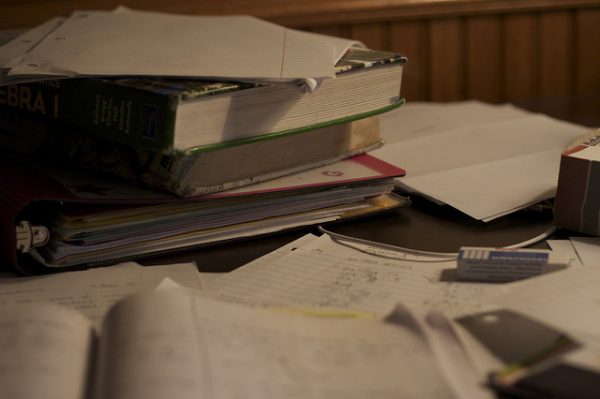 When adults talk to kids about college, they often emphasize attending “the best school you get into.” Sometimes this means going to the college that has the best program for your intended major, but so many high-school students enter college with such a ballpark idea of what we want to do that we just get told to go to the school with the best reputation or the most prestige.

The finances of this decision never seemed clear to me; some students had parental support to pay for school, but I knew that most families didn’t have the money for those bills, so students were clearly getting loans or scholarships. The amount of loans were rarely discussed, and no one in my middle-to-upper-middle-class high school talked about just how expensive they were willing to go. All we talked about was getting in, along with the vague hope that some of the costs would be covered by scholarships.

At home, I got a different message. My father joked that we could go to “the best school that gave me a full-ride scholarship.” You know that particular dream: tuition, fees, room, and board, all paid for by the school itself. I knew I was a good student, but I wasn’t a sports star, a child prodigy, or a captain of volunteerism or community work—so I didn’t see any reason to believe that I could get one of these scholarships.

My dad backed off on his big dream as I got further into the college application process, but his backpedaling went only so far as to suggest he and my mom would “help” pay for a public school education. This meant that as my friends wrote applications to MIT and Harvard, I avoided those schools—I didn’t even apply to see if I could get in.

Then came the other part of this equation: while Dad didn’t try to “forbid” me to take out student loans, he made it clear that he saw student loans as a bad idea. I felt a little annoyed, in my 17-year-old brain; other people were allowed to shoot for these big-dream schools and take on some debt to get there. Granted, I didn’t yet have a real idea of what I wanted to study, so I wasn’t dreaming about going to a big-name school for a specific reason. The bookish part of me just wanted the chance to see if I was as good as the other smart kids. To try to compete at that level.

In hindsight, I realize that this desire costs so many students so much money; certainly, the education at those top-tier schools is good, and the students love the experience, but they leave school with four or five (or six) figures in student debt and their options for next steps are restricted by those loans. I didn’t realize just how much a so-called “great” education would cost me at that time, and so I’m grateful that my dad encouraged me to be different at a time when all I wanted was to do what everyone else in my friend group was doing.

When my acceptances came in, I had a couple of options that stood out: School A was a top-ranked public school with a good journalism degree, but it would cost $10K or $15K each year even with scholarships. School B was a mid-level state public school with an acceptable communications program but nothing well-known or flashy. Their total cost of attendance was $10K, and I was offered that coveted full-ride scholarship.

School B was by no means a “bad” school, but it wasn’t a prestigious choice. I had no reason to be ashamed of that school, and I wasn’t, not even at 17. I just had some stars in my eyes for School A—and I wondered, like so many students wonder, if School A’s name and reputation would make me a better journalist or more likely to succeed.

When I expressed that I was torn between the two schools, my father looked at me like I had said something ridiculous. “Go to School B,” he said. “If it’s awful, it doesn’t cost you anything and you can transfer. Saves money, and you might end up liking it.”

Again, he didn’t forbid me from choosing School A. It was just his logic that got to me. I knew that I would wonder how my life would be different if I attended School A, but School B was my chosen destination.

That choice ended up being the best one of my young life. I met good friends, had good academic opportunities, and found cool on-campus jobs and activities. I wasn’t extremely challenged all the time, but I had a great quality of life at school and never considered transferring.

I knew I was headed toward a fluctuating field by studying Spanish and journalism, but I had no idea how difficult it would be to get media jobs down the line, so it ended up being helpful to graduate without debt. In the years since I’ve graduated, I’ve not seen my undergraduate degree close the door on anything I set about doing, even though admittedly I’ve not been a hyper-ambitious or top-of-the-industry journalist by any stretch.

I was able to actually save a little money by working in college, enough to make my life after college less stressful during lean times. I didn’t do anything miraculous with that extra freedom, but I remember my early 20s as a fairly positive time, which might have been much different if I’d been making payments on my loans while earning entry-level wages.

I cannot speak for any experience other than this one I’ve had, but I do wonder if other people’s parents counseled them strongly for or against taking loans (or, more likely, for taking as few loans as possible). I’m also curious whether your parents urged you to attend “good enough” schools or “the best” schools—and why they made those cases.

1. We Did Good, Billfold
2. Question Wednesday
3. What I Learned From Five Years of Writing and Editing for The Billfold
4. How a Program Assistant Dealing With a New Paycheck System Does Money
5. Classic Billfold: What I Wanted From My Move to Portland and What I Got
collegecollege debtparents monthstudent-loans