Our Parents’ Careers: How My Dad Went From Boy Scout Director to Pastor 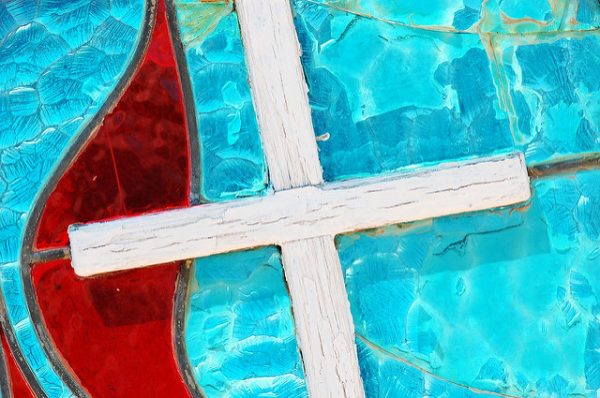 I’ll never forget the terror of having my dad enter my elementary school classrooms, dressed in full Boy Scout uniform, to recruit new scouts. It was part of his job and something he was good at, but that didn’t lessen the fact his sales pitch included embarrassing things like kissing lizards. (Something, I might add, the boys in my class never seemed grossed out by.)

An Eagle Scout himself, he’d climbed the ladder at the Central Florida Council of the Boy Scouts of America starting as a district executive and moving into a senior district executive role before ultimately becoming a Program Director and Field Director, a pair of mid-management level roles he worked simultaneously.

That was, until he went through a Bible study and felt called to ministry. He started to feel out the calling slowly, taking a few seminary classes while working full-time before eventually quitting his job to go to seminary school.

My dad had never been particularly pious. In fact, as my mom likes to recall, he swore he’d never do anything church-leadership-related. Years earlier, when the clipboard was circulating around my parents’ Sunday school class in an effort to get couples to sign up to lead the group, my dad turned to my mom and said, “There’s no way in hell I’d ever do that.” Mom usually wraps up that story with something along the lines of “that’s why you never say never.”

My dad graduated from seminary when I was 11, and took a job as a pastor in the Florida Conference of the United Methodist Church. While we’d been talking about this change in my father’s life for years, it had remained largely abstract until this point. Now, the implications of having a pastor in the household were fully sinking in.

My denomination, the United Methodist Church, works like this: once you become a clergy member, the conference determines where you live and serve. Prior to our new churchy life, my family had resided in Orlando for generations. I’d grown accustomed to having resources at my disposal and being close to amenities and family. When we received word of where we were moving—to Mims, Florida, a town I’d never heard of—the bubble I’d grown up in burst.

Mims was only an hour away from Orlando on the map, but it might as well have been a different world. We uprooted our city life and moved to the edge of nowhere. Before, I was able to blend in. After the switch, all eyes were on me because I was the pastor’s kid.

It was a tough adjustment at first. Middle school years aren’t known for being easy, but throwing in a big life change didn’t help. After getting plugged into activities at church and swimming on a local team, Mims started feeling like home–and I’m glad it did. While I desperately wanted our time in Mims to be short, it wasn’t. I ended up graduating from high school there.

After nearly a decade at the church, the conference moved my dad again—this time closer to the city. If one thing’s for sure my parents have taught me to never say never. While my dad may no longer be embarrassing me in front of my class, sometimes he still says something that makes me groan. This time, from the pulpit.

Hillary Jackson is a freelance writer focusing on design, culture and travel. You can find her work at hillaryjackson.com.

1. We Did Good, Billfold
2. Question Wednesday
3. What I Learned From Five Years of Writing and Editing for The Billfold
4. How a Program Assistant Dealing With a New Paycheck System Does Money
5. Classic Billfold: What I Wanted From My Move to Portland and What I Got
never say neverparentsparents month