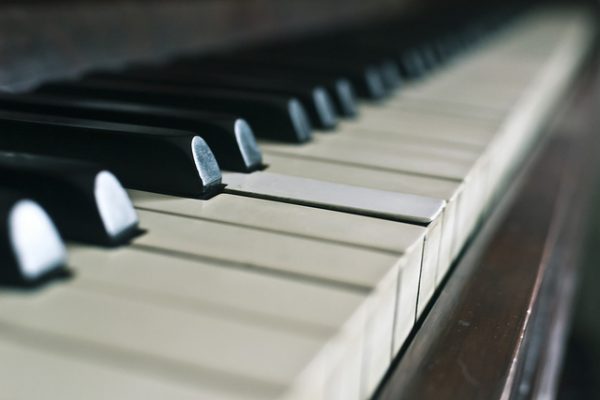 I thought about what I might write for Parents Month, and decided to share an excerpt from The Biographies of Ordinary People: Volume 2: 2004–2016.

This is my second novel, forthcoming May 2018. The Biographies of Ordinary People: Volume 1: 1989–2000 published last spring, and the two volumes follow the Gruber family from Rosemary Gruber’s 35th birthday to her daughter Meredith’s 35th birthday.

Meredith isn’t me—though her life resembles mine, because that’s an easy way to write a book—and her family isn’t my family, but her thoughts might be familiar to some of us.

This chapter takes place in spring 2015.

Meredith closed the dishwasher and started it, the hum following her through the kitchen and into the living room and onto the couch, where she had left her laptop. The house still felt strange; only bits of it felt like hers, the paths she allowed herself to take through the rooms, from the left side of Aunt Anne’s bed—which Meredith had chosen because it was obvious that Aunt Anne slept on the right—to the couch cushion furthest from the television, which she never turned on because she wasn’t used to it anymore, the idea that she could only watch something at a certain time, and couldn’t pause it or repeat the last ten seconds. She wasn’t used to a dishwasher, either, or a washer and dryer in the basement that she could use whenever she wanted, that she didn’t have to shove coins into.

Because Aunt Anne was in Portland, helping Meredith’s grandfather care for her grandmother—which Meredith knew meant that her aunt was taking care of both Grandma and Grandpa, but they had all phrased it that way because Grandpa Gruber hadn’t wanted the help. Grandma Gruber still remembered Aunt Anne, for now; Meredith had gone to visit her grandparents the week after Christmas, staying the night on Jackie and Priya’s couch before taking the Bolt Bus back the next morning, and had a conversation with a woman who had already forgotten she existed.

So Aunt Anne announced her retirement, finished the school year, and went to Portland to live with her parents, and Meredith moved into her house. Meredith hadn’t wanted this; she’d said no, at first, but Anne asked again, and Mom and Dad asked, and Meredith couldn’t think of a good reason not to, besides the fact that she didn’t want to. Aunt Anne would get a responsible person who would take care of her home, and she could keep all of the furniture exactly how it was, and she wouldn’t have to deal with tenants. Meredith would get a significantly, almost embarrassingly, discounted rent.

She was paying rent; she and her parents and Aunt Anne had all insisted on it with the same fervor, and probably for different reasons. But it was only $500 a month, in a city where her one-room studio that had no kitchen, just a toaster oven and a microwave, went for $729. It was also unlike anywhere any of Meredith’s peers lived, with its lack of mold and absence of neighbors playing music or shouting at each other, and Meredith felt like it was unfair to have this, that she hadn’t achieved it, and that she’d just have to give it up anyway, when Aunt Anne came back. By then who knew how high rents would be.

It also felt like having a privilege at a time when it was almost shameful to not state your privileges before your accomplishments. Meredith Gruber, who got to live in her aunt’s house for practically no rent, is the editor and co-founder of Effable. Meredith had helped launch Effable first, but it didn’t matter now that Aunt Anne had given them permission to use the living room for the group’s weekly meetings, Meredith and Theresa and Dominique and Rubiya all sitting together to go over the pitches they’d received and the features they were going to run, while Meredith poured coffee from Aunt Anne’s coffeemaker.

They also went over the project’s financials, and the people they’d reached out to for donations and sponsorships. Meredith hadn’t expected to be the best, by far, at soliciting money, until she remembered she had been a telemarketer. It was funny how often she forgot that year, like a poorly-written chapter she skipped on the reread.

But now that Meredith was living in Aunt Anne’s house she had started to wonder what else she would forget, when she was her grandmother’s age—either grandmother—and when her mother might start forgetting, and when Meredith might be asked to give up her life, the way her mom had gone to Fresno and Aunt Anne had gone to Portland. Aunt Anne had said she hadn’t minded, she was going to retire anyway, the administration was just itching to turn her tenured faculty position into an adjunct gig. But Meredith knew that Mom had minded, even though it was something they had never discussed. She’d only been ten years older than Meredith was now.

When Meredith was in grad school she conducted what she jokingly called “a survey of motherhood,” learning everything she could about pregnancy’s effect on the body, gestational diabetes, the ring of fire, and then moving on to study childhood and adolescence at the logistical level. Infants needed to be fed every 90 minutes. In the state of Illinois, children could not be left unsupervised until they turned fourteen. Moms commented on blogs and forums about the hours they spent in the car, pulling forward one by one in the school pickup line until their child was hand-delivered to them. If it had been like it was when Meredith was a child, when she and Alex and her sisters could run to the library or to ballet class on their own while their parents worked, she might have considered it. But not this.

Now, sitting on her single couch cushion with her knees up and her laptop balanced, Meredith conducted a survey of eldercare. The options seemed to be full-time caregiving vs. nursing homes that cost $10,000 a month; home health care aides could provide some assistance but didn’t really free the person involved from most of the responsibility, and there were issues with workers’ rights, low wages, and under-the-table payments. Meredith wouldn’t get a choice about this, the way she had made her choice about motherhood; at some point, she assumed, she’d get called back. That was the phrase she used, in her head. Maybe, because she had agreed to live in Aunt Anne’s home and because she lived in Seattle and because she was unmarried, she’d become her aunt’s caregiver as well.

So what did that mean? Meredith closed her laptop and let it slide off her knees and thought. Maybe she could become important enough that she couldn’t be called back. She could write a bestseller, or a series, and then she’d have to keep working, and tour, and do all of those things. She wouldn’t be able to stop, because she’d be famous—or if she did take care of her parents, she’d be able to afford plenty of help, and could keep writing. Or maybe she wouldn’t be able to move back to Kirkland because she’d be married, except that didn’t work, marriage just added even more parents and grandparents and aunts, and marriage hadn’t stopped her mother from going to Fresno. Not even marriage and children.

It felt vicious to sit selfishly alone and try to think of a scenario in which she would not have to become the primary caretaker for her parents or her aunt, because of course her sisters would help but they’d have kids, probably, and other people to take care of, and so it would fall to her the way it fell to Anne and not Christopher or her father. Maybe it wouldn’t be so bad if she didn’t have to move back to Kirkland, maybe her parents could move out here, but if her parents were unwell enough to need care, how could she move them to an unfamiliar city so they could live where, even? In a house she’d never have, because home prices in Seattle would always be too high, because even Aunt Anne had only been able to afford a small bungalow twenty years ago? Her mind kept turning possibilities into pathways, trying to come up with one that didn’t end with her moving back to rural Missouri, that didn’t end with her feeling guilty for already not wanting to.

But none of it had happened and maybe it wouldn’t happen and anyway it was a long time from happening, or maybe it was ten years from happening, which wasn’t that long. Until then, she’d just do the best work she could, which was the phrase Meredith always repeated to herself when she was worried about the future or about her work not being good enough. She’d sit every week with Dominique and Rubiya and Theresa and build Effable. She’d write short stories for the site; that was the other thing she did well, besides fundraising. She wrote tiny stories, pieces that took just three or four minutes to read, and the people who read them left comments saying that her stories had made them cry, or laugh, or reminded them of something from their lives that they thought they had forgotten.

Then Meredith got up, left her laptop on the couch, and went to Aunt Anne’s piano. She had been afraid to touch it, not because she thought Aunt Anne would care, but because she knew what she had forgotten since she took piano lessons as a child. Now she sat at the piano every night, playing from the handful of books in the piano bench. Beethoven, Mozart, Schumann, the ubiquitous Hanon, all with Anne’s name written in perfect high school cursive on the inside cover, plus 101 Jazz Standards, A Little Night Music, and Jesus Christ Superstar. She began with Hanon exercises, just like her mother had taught her, and thought about a story she wanted to write that would take longer than four minutes to read. It would take a long time to write, maybe years, and Meredith would be different by then and the world would be different and she wouldn’t live in this house and she wouldn’t have this piano, which had given her both the idea and its character. (Another name, in a similar cursive. The chipped ivory on G below Middle C.)

1. We Did Good, Billfold
2. Question Wednesday
3. What I Learned From Five Years of Writing and Editing for The Billfold
4. How a Program Assistant Dealing With a New Paycheck System Does Money
5. Classic Billfold: What I Wanted From My Move to Portland and What I Got
booksfictioni miss writing billfold fictionparents monththe kirkland in this story is a fictional rural town not the city in Washington