Cleaning College Apartments Made Me Never Want to Rent Again 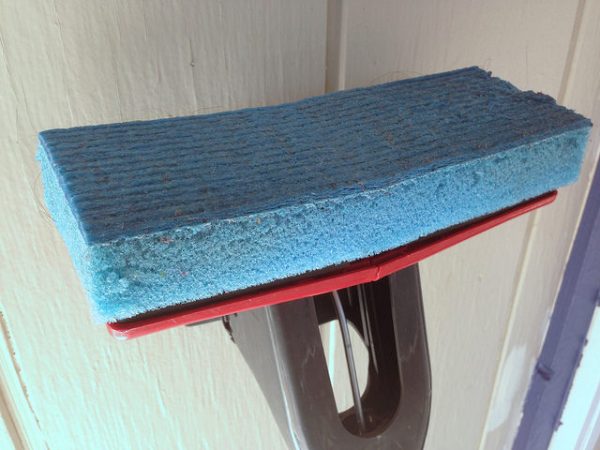 Apartments are my jam. Or at least they used to be.

When I was a very young kid (read: age 13–15), I worked as a professional cleaner for some family friends. A few times a month, I cleaned rental cabins alongside an elderly former secretary with a foul mouth. We carpooled to and fro through the forest. It was a nice time.

Knowing how to clean a house or apartment is a perfect emergency skill. You know the type—waitressing, bartending, welding, and digging ditches. Those skills you can do even if the economy completely collapses and it’s impossible to get work in your specialized field. Everyone should have one of those skills.

When I was interning as a writer/social media expert in 2012, I knew it was time to bust out my rags and Magic Erasers again. Rent waits for no one, and I had a skill that could earn money.

The landlady that ran our apartment was hiring cleaners, and I applied/was accepted for the job within a week. That was the first thing that something was up: any job that accepts you quickly isn’t a job you want to keep.

I also should have been suspicious when there was a paint scraper in my supply bucket.

I lived in a more central part of Oregon at the time, aka mold country. There’s no getting away from mold. You have to clean things up in a hurry so you don’t incentivize mold growth. You’re always looking for the little black spots.

Why was I worried about mold as a house cleaner, you ask? Because, as it turned out, it would be my job to paint over it. Not report it. Not call a specialist. Paint over it.

Granted, we used paint that supposedly detoxed and stopped the mold in its tracks. It may have been mold-killing primer (which does exist). But I was not informed that this would be part of my duties when I took on this job. I had been hired to clean apartments, but my job actually consisted of a fair amount of painting and maintenance. That paint scraper in my bucket? That was for scraping and redoing windowsills.

The landlady also had a tendency to downplay the situation. Every additional property I signed up to clean ended up being way worse than I expected. One group of students left their apartment filled with garbage (including an impressive amount of pizza boxes). I was also asked to clean a musty house once occupied by an addict. I cut myself on a knife in his disgusting “nest” upstairs and had to get a tetanus shot. Yes, there was human fecal matter in that place.

It was grueling work. But I had chosen it. I had no one to blame but me, and I was earning above minimum wage.

On one occasion, a coworker and I had to drive by the landlady’s house to pick up a few supplies. I was startled by how wealthy she was. A nice home, with an RV in the driveway. Massive trucks. Everything neatly maintained.

Which hey, good for her. Wealth isn’t something I begrudge someone for having in and of itself. But was she making so much money partly because she wasn’t paying my coworkers and I our fair share? Could she pocket more because she wasn’t willing to invest in professionals, but was satisfied with trusting a few punks in their early twenties?

It’s not like she was exactly watching over us every time we went to clean. She gave my coworker and me a checklist of things to do and then left us alone. If she had time later, she’d come by and check our work. If she had time.

This is the beauty and the terror of renting—you get a place to live, but your rights are often vague and unenforceable. Honestly, that makes me so nervous. Who’s to say that my landlady wasn’t doing something illegal by hiring us as cleaners, or asking us to paint over the mold, or not checking to make sure we’d actually done it? I felt bad regularly for just doing my job.

A dark part of me wonders what the reaction would have been had the students living in that apartment known that their between-occupant cleaning was done by fellow students, not professionals. That we wiped, swept and mopped, but that was it. (Honestly, some of the students probably wouldn’t have cared—but their parents might.)

The old me used to look up at the restored vintage apartment buildings of Portland and long to live in them. I wanted to be a cute hipster in an old apartment. I wanted to “pass” as someone who didn’t have to clean up after the young women who probably moved into those apartments after graduation.

No more. Now I’ll stay in my ultra-low-rent place in the ‘burbs until I have enough money to own one of those buildings and pay to actually maintain them. Screw glamour.

Believe me, I have no plans to be an exploitative landlady who owns shiny cars but hires unqualified people to care for my tenants. But renting? Too risky. The idea of trusting someone to take care of my living situation faithfully is too big of a risk. I’m looking forward to getting out of the game as soon as possible. Then bucking the trend itself.

On one of the last nights of my boyfriend’s and my stay in our terrible apartment complex, our toilet broke. That’s the best way to describe it. Saying “it flooded” or “it was beyond unflushable” doesn’t begin to describe how gross it was.

I knew that that thing was not getting fixed anytime soon. I knew how the landlady worked. So I did the only logical thing: I snuck my boyfriend into the unoccupied apartment across the courtyard so we could each take a shit.

Petty? Yes. But I had the keys—and I’d be cleaning it tomorrow anyway.

Brit McGinnis is a copywriter and author of several books. Her work has appeared on Paste, SparkNotes and anywhere fine stories are sold. She lives in Portland, Oregon.

1. We Did Good, Billfold
2. Question Wednesday
3. What I Learned From Five Years of Writing and Editing for The Billfold
4. How a Program Assistant Dealing With a New Paycheck System Does Money
5. Classic Billfold: What I Wanted From My Move to Portland and What I Got
jobsreal-estaterenting