Raised on the AM Radio 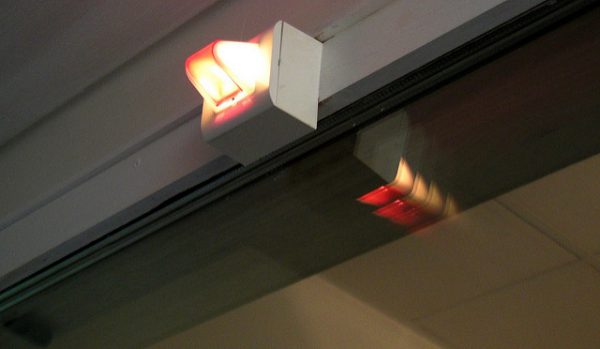 After my freshman year of high school, I found a job as a country-music DJ in a small Southern town of about 7,000 people. I couldn’t believe my luck. My parents raised me not on radio but on episodes of WKRP in Cincinnati. On my first day, I waltzed into the office thinking I would deliver the patter of a teenage Johnny Fever, but my boss quickly disabused me of that notion after I made an on-air joke about what may or may not be lurking under Garth Brooks’s hat. The job paid only minimum wage, but it taught me a valuable skill—how to moderate my tone for various audiences.

First, I needed to adapt to my boss, an elderly man who had managed the station for decades and treated it like his baby. He knew his listeners because many of them were exactly like him. He knew the landscape because he had lived in the town all his life. He knew exactly what the citizens needed and how to deliver it. In fact, I’ve never met anyone more vigilant about maintaining a brand, and I’ve worked in advertising and marketing.

His major concern was that I would report weird news that the audience wouldn’t appreciate. In a small town, most news is weird news. I loved listening to the police scanner for incidents that unfolded around the Walmart, which I quickly learned was our local Den of Iniquity. I remember hearing a report of a guy who tried to attack another guy by pushing a vending machine on him. My boss, however, made me stick to a script—municipal news, funerals, sports, and weather. If something major happened, like a tornado touchdown, he would come in early and take the reporting on himself.

To get myself back in the boss’s good graces after the Garth Brooks joke and listening too closely to the police scanner, I worked hard to make my voice fit the station’s brand. I needed to have the local Southern accent, but not too much of one, as my boss wanted me to seem authoritative, not folksy. I practiced my broadcasting with middling success, reading newspaper articles into a tape recorder to find an accent that was just Southern enough to please listeners.

Oh, the listeners. Since the town was so tiny, our phone lines weren’t exactly burning up, but the callers had strong opinions. One Friday night, I read the local news before signoff, and I felt pretty good about my voice. Then a light flashed in the studio, indicating an incoming call. The woman on the line informed me that I was the worst newscaster she had ever heard. I began to wonder if the minimum wage was worth it, but when I told an older DJ about the call, he said that the caller—who was a regular—let me off easy.

When the listeners weren’t critiquing the DJs, they enjoyed requesting songs for broken hearts. Unfortunately, most of our music consisted of pre-programmed reel-to-reels that followed a strict color code. Most of the music we played had to be from the red reels. Red meant contemporary country, blue meant still-familiar hits, and green featured the true classics, like Merle Haggard or Loretta Lynn. The callers didn’t know that, of course, and most of the time we would just tell them that current hits were on the way because of how frequently certain songs showed up on the red reels. At least once every weekend, the same woman would request Travis Tritt’s “Here’s a Quarter. Call Someone Who Cares.” As far as I know, she may have left this earth while waiting for that song to turn up on the reels.

My last audience consisted of local religious figures. My longest and most regular shift covered “Gospel Sunday,” when preachers, pastors, and ministers of various Protestant denominations would deliver sermons between 7:00 a.m. and 3:00 p.m. My parents weren’t all that religious, so I didn’t know a lot about the Lord. I soon learned that the Lord was most definitely a he, and he wasn’t happy with us. Most of the preachers, pastors, and ministers were full of the spirit, but I needed to make sure they weren’t too full of the spirit. When the religious men were in the house, I had to monitor to volume closely and turn it down so the sound didn’t blow out the speakers. My boss understandably did not like spending money on new speakers.

When the pastors were around, I did my best to play by their rules, relishing the idea that I would eventually leave, listen to angry rock music, and engage in sinful backseat make-out sessions with my boyfriend. Most of the people I encountered knew that they needed to be professional. They would come in, preach, and go home. A preacher or two did try to save me, though. One summer weekend, I arrived at work wearing cutoff jeans that reached my kneecaps. A preacher who had been especially nice to me proceeded to go on a tirade about women who wore pants and what the pants said about them. I stayed behind the console until he was finished, lest he give me a piece of his mind about my bare kneecaps. I never again wore shorts to the station, and he stopped saying hello before his broadcast.

After my stint in AM radio, I went on to be a DJ at my college radio station. I ended up being training director, probably because I knew the basic FCC rules for broadcasting and my musical tastes weren’t as sophisticated as that of the programming team’s. A few of my fellow college DJs are still tied to radio in some way. One became a drive-time DJ, another started a movement to prevent conglomerates from gobbling up college stations, and a friend of mine is writing a history of college radio. I am no longer involved with radio in any way, but I often think about what I learned, and I’m glad I had the experience before the world went digital. Working in radio taught me more than robot DJs or most podcasts ever will.

But I still don’t know what is under Garth Brooks’s hat. If you have any ideas, by all means share.

1. We Did Good, Billfold
2. Question Wednesday
3. What I Learned From Five Years of Writing and Editing for The Billfold
4. How a Program Assistant Dealing With a New Paycheck System Does Money
5. Classic Billfold: What I Wanted From My Move to Portland and What I Got
am radiocareer historyfirst jobsradio