On the Impact of Good Bosses 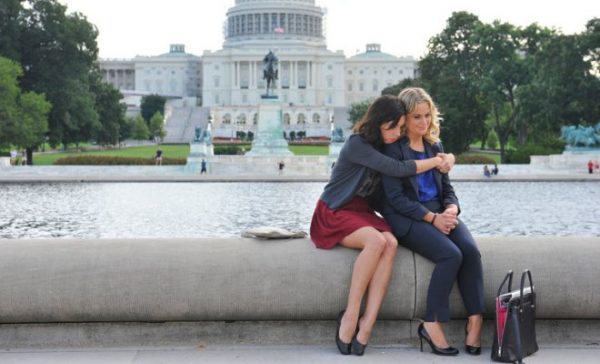 Living in San Francisco, it feels like everyone works in tech. At a recent hangout with new friends, I was asked what I did.

“I’m a transportation planner,” I said.

“Oh my god, that’s sounds so cool. I’ve never heard of a job like that until now,” one person said.

We embarked on a mini-conversation about what led me to my current career path. Although I have an undergraduate degree in a related field (Urban and Regional Planning), the truth is that I have just been super lucky to have had a string of great bosses that not only inspired me but also championed me in my career.

*Names of bosses have been changed.

An old high school friend got me a job as an office assistant at the place where she worked. I had a short interview with Wilson and was hired on the spot. I was still in college and needed a job with flexibility, which Wilson promised to accommodate. He was true to his word, and I was able to take a week off for finals and a day or two off for midterms. I worked for William for nearly three years, and he understood that I needed to work mostly half days. The full days I worked were usually Fridays (no class) and school breaks. Thanks to Wilson, I was not only able to graduate debt free but also with good grades.

Towards the end of my college career, I began to get anxious about my future career. Though I was lucky to be employed with a flexible schedule, I didn’t have any work/internship experience related to the career path I had in mind (at the time). I wanted to work as a City Planner but I hadn’t had a lot of luck getting a local internship. In the Los Angeles area, there were at least three schools with specialized programs in Urban Planning—and as an undergraduate student competing with graduate students, many who had at least a year’s experience under their belt already, competition was brutal.

My new coworkers described my internship boss as an older version of me—or maybe I was a younger version of her. We were both Asian, female, and extremely social. Mia was passionate about the work that she was doing, which involved helping transit agencies access federal funding in order to create programs and projects that benefited the public.

Mia’s enthusiasm for her work led me to see how fascinating and fulfilling working in public transit can be. She taught me all the tiny things that came together to make a project become reality. The clear delight she had in her work made me realize that it was absolutely possible to have a career that I would be excited to wake up everyday to do.

She also touched on the harsh realities of being a minority and female in a largely male-dominated industry. I remember Mia emphasizing the significance of being assertive in any career as a female minority, or else the practice of being overlooked for promotions or opportunities would continue. Without a resounding voice pointing out the need for change, workplace revolutions simply would not happen. After a summer spent interning with Mia, I gained not only a career path that I wanted to pursue, but also a career mentor whom I could always turn to for advice.

The internship became a springboard that helped me get other internships in transportation planning. Despite the fact that I didn’t have a graduate degree in urban/transportation planning, I was still able to get interviews based on my federal internship. Not only that, but when they called Mia for references, she provided glowing recommendations.

I thought I would be assigned to a planning department at a local city, but I was assigned to a transportation engineering department. It was really scary because I had minimal engineering experience, despite the fact that I had learned how to read blueprints in my courses. Knowing my limitations, my superiors, Michael and Brian, spent extra time going over the basic engineering tasks I would carry out to help them. Essentially, I was an engineering aide.

Working as an engineering aide was an eye-opening experience because I was able to see the more technical side of transportation planning. Michael and Brian certainly had a lot of faith in me, especially during the beginning when I didn’t do much because I was hesitant about whether or not I would be able to do anything correctly. When I did make a mistake, they didn’t belittle me about it, but gently pointed it out and explained how I could avoid making similar mistakes in the future. Their praise and encouragement taught me that, when facing challenges, hard work and an openness to learn is critical. It’s okay to make a few mistakes in the beginning, but as long as one is able to learn from them, that’s all that matters.

My next internship was for the state, and I got to choose my department and supervisor. I chose Melissa because she had been my contact for the interview and we had exchanged a few emails before I started my internship. Melissa was extremely outgoing, had spent most of her career with the state, and seemed to know everyone.

We got along well, and through Melissa I was introduced to people from many different departments. She provided valuable advice when I began interviewing for full-time positions, even conducting mock interviews with me. She was my personal cheerleader before every single interview I had—and when I didn’t get an offer, she encouraged me to not focus on the rejection. After all, a better opportunity might be on the horizon.

A better opportunity did appear, and I’m not sure I would have gotten it without all of my previous bosses. Not only did they teach me career-related skills, but their belief in me also helped usher me into my current career path. All these positive experiences with great bosses made me love the field I currently work in.

These bosses are the reason why my answer to “where do you see yourself in five years?” is that I still want to work in transportation planning. It brings me such excitement to be able to create programs and policies that can shape a better public transit system for the future—and none of this would have been possible without a good boss.

Michelle Yuan is a Los Angeles native currently residing in San Francisco. Besides working in public transit, her interests include following numerous cat instagrams and exploring the unknown that is Northern California. She is currently studying for the GREs and applying for grad school.

1. We Did Good, Billfold
2. Question Wednesday
3. What I Learned From Five Years of Writing and Editing for The Billfold
4. How a Program Assistant Dealing With a New Paycheck System Does Money
5. Classic Billfold: What I Wanted From My Move to Portland and What I Got
bossescareer historycareerssupervisors