Every Nanny Job I’ve Ever Had 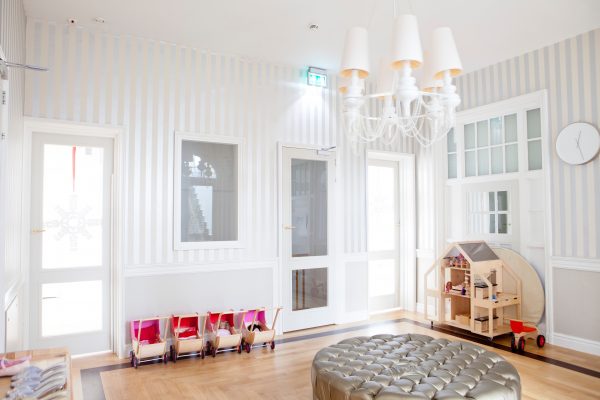 Photo by Liliane Limpens on Unsplash.

Being a nanny wasn’t my wildest dream, but I found myself applying for multiple nanny jobs when I was nineteen. I was at a loose end, and it had been a perfect set of circumstances that had led me to that moment: I’d wanted to study acting in London or NYC, but I wasn’t able to. I enrolled in a literature course in a college in Chennai, but it was the wrong course, the wrong college, the wrong city. I dropped out of college in my final year and scouted around for something to do. One of my goals was to travel around the world paying my own way, and I’d come across a website that connected families in need of nannies to nannies in need of a job.

I flew to Australia to meet up with my first family; they lived in the suburbs outside a large busy city, and on paper they seemed perfect. Five gorgeous kids, a beautiful big home, a dog, and two parents at the center of it all. The mother was incredibly friendly via email, and had been supportive throughout the bureaucratic nightmare that is the Australian visa application process for an Indian citizen. My passport had been stamped “Not valid for further travel,” which meant that I had three solid months in Australia, but no more.

When I got off the plane I was met by my employer who drove me to their sprawling suburban home. I excitedly said hello to all the children, ranging in ages from a three-year-old to a teenager; they gave me some presents, and I gave them all presents I’d brought from India. I was off to a flying start.

I settled into my new life, and I was happy for the most part for the first couple of weeks or so—although I suffered from dreadful bouts of homesickness. I also managed to get the flu as soon as I arrived, so I was confined to bed or my room at first. I liked doing small projects with the kids and helping them with their homework, and I got the hang of dropping them at their bus stop for school, and then picking them up later.

In the third week the “light cleaning” became a “deep cleaning” schedule because they were never satisfied with the cleaning that I did. I was given a long list of chores, most of which hadn’t been mentioned previously, and I was also in charge of cooking dinner. All of that for $70 AUD a week.

I was supposed to have some time off during the weekends, but the house was so far out of the way that there were no bus services nearby. So I ended up spending most of my weekends in my room, listening to music or reading. I was sometimes asked to do things over the weekends as well. I’d been promised “outings,” but beyond taking me to a friend’s house for lunch to meet their nanny there were no outings for me. I got tricked into taking the kids to the Easter Fair over a weekend because the dad told me that I had to take every opportunity to see Australia. I didn’t see anything at the Fair beyond the kids, and making sure they were all okay.

I loved the kids, but I found it increasingly hard to make them take me seriously. First of all, I’d never had the experience of dealing with kids, and secondly, the mother told them that I had no right to discipline them. So the kids ran wild, made messes that I had to clean up, put clothes in the laundry when they were perfectly clean, and once even pissed all over the bathroom floor and told me to clean it up because the dog had done it. They had no idea I’d overheard them giggling about their plan.

At the end of three months I was a nervous wreck and I was only too pleased to see Australia disappearing in the rear-view mirror; I vowed that the next time I applied for a nanny job, I would pick a family that didn’t have as many children. That is precisely what I did.

My second job entailed a family living in London, and my charge was only eight months old. The differences between the two families couldn’t have been more obvious; I was treated like a part of the family from the moment that I arrived in London, and taking care of my baby charge was a dream come true. She was—I can’t describe her in any other way—a good baby, and I had the easiest time taking care of her. Every afternoon (provided the weather played nice) we would go for a walk; she would sit in her perambulator, and I would push her about a nearby park. I played with her, fed her, bathed her, changed her, rocked her to sleep, and soothed her.

I had almost no cleaning to do because the family had a cleaner come in every week, and my job revolved around my charge. It was perfect. I was paid £12 per hour and earned extra for overtime. I managed to save a good chunk of money from this job.

From England I went to Europe where I travelled around for a bit, worked odd jobs, and found myself at a loose end in Paris, where I applied to be a nanny again. I was paid 15 francs per hour, three days a week, and I was given free room and board. The children—seven-year old twins—were delightful, very well-behaved, and an absolute pleasure to care for.

One of the conditions of my employment was that I would have to speak English to the twins, so that their English language skills would improve—and they spoke French to me, which improved my spoken French. I had a light cleaning schedule and I was in charge of cooking dinner for the children only, which they often helped me with. After dinner we would watch television and they would wish me good night when their parents got home. Although I was with the family for only six months they gave me a bonus at the end of my stay with them, and it was very welcome. I was genuinely sad to leave, but my travels beckoned.

My next nanny job was to a three-year-old girl living in New Zealand with her mum; the mother owned an inn—a very interesting job—and they lived near the inn. I spent the day at the inn, watching the child in a room that had been converted into a play room. My little charge was prone to bouts of stubbornness, but she was an absolute delight to care for; I loved her deeply, and we would romp about, playing and “exploring” near the inn, where there were woods, mountains, and a stream that became a river when it rained.

I also got to spend a lot of time with my employer, as well as the other employees who helped run the inn. I met a lot of people who passed through the inn, and had a brief relationship with a fellow traveler that fizzled out when they left. It was a fascinating life, and my time there was very different to other nanny jobs that I had had in the past.

My last nanny job was in Ireland, where I was hired to care for three children ranging in ages from eleven to four. It remains—to this day—one of the most bizarre experiences I’ve ever had in any job, ever.

I had a wonderful time with the kids and the parents were also great… at first. They had also promised me travel and kept to their word, taking me to London with them when they traveled there. I was happy and content in my job, and looking forward to the rest of my life, when I had a phone call one morning from the children’s maternal grandmother whom I had only ever met twice before. She wanted to talk to me about her son-in-law (my employer), complaining that he had taken all the strawberries at some previous outing, and asking—with deep innuendo—whether he was ever late from work, and how often. She also told me of their sorrow that their daughter had picked my employer for a husband. It was a deeply uncomfortable conversation and I hung up as soon as I could, but it rankled with me, and I wondered whether to mention it to the children’s mother when she got home.

That evening I realized that something was wrong; neither of my employers wanted to talk to me or look me in the eyes, and I knew—with a sinking feeling—that they’d been told about that phone conversation. I also knew that I’d probably been painted in the light of a villain.

I was not wrong. They informed me of their decision to terminate my employment at the same time I decided to leave (my grandfather had cancer, and was asking to see me). My employer confiscated my passport—which made me deeply anxious—and the children’s mother told me dramatically that I knew what I had done. I protested that I hadn’t done anything, but nobody wanted to listen. I knew she would believe her mother over me anyway, and I didn’t think there was any point in letting on.

The pay wasn’t great—only €80 a week—but they did give me a small bonus when I left, even though they didn’t have to. My passport was returned to me, and my employer drove me to the airport himself. I’m still unsure if they know the truth but it’s been so many years now, and it really doesn’t matter. I no longer care.

Although my time working as a nanny was so varied I wouldn’t take anything back, and I really did have a wonderful time caring for so many children while seeing as much as I could of the world. I’m grateful for all the experiences—from the sublime to the dull to the bizarre. I feel as though my life has been richer for them all, and I have had some unique adventures.

Awanthi Vardaraj is a freelance writer and journalist living in Chennai, India.

1. We Did Good, Billfold
2. Question Wednesday
3. What I Learned From Five Years of Writing and Editing for The Billfold
4. How a Program Assistant Dealing With a New Paycheck System Does Money
5. Classic Billfold: What I Wanted From My Move to Portland and What I Got
career historychildcareevery job I've ever hadnanny