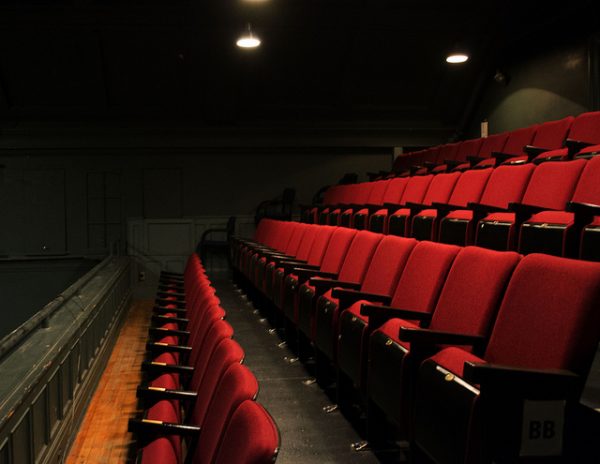 I have made approximately $500 in my whole lifetime doing the thing that I’m probably best at and most qualified for: writing plays and musicals. I can make that much in a couple of days at my day job as a consultant, which I am good at and mostly qualified for. I’m the kind of artist who needs a structured desk job not only for the money, but also because it affords me the emotional and mental energy to keep writing. It took me a long time to realize this. Here is the circuitious path that took me from bright-eyed dramatic literature major with Sondheimian dreams to buttoned-up consultant (who still harbors Sondheimian dreams).

I graduated into the recession and ended up working for a healthcare non-profit after a spell of unemployment. I thought it cramped my style so I quit and swore off the 9-5 world for good. (Joke’s on you, 22 year-old self!)

I left medical education for a contract teaching gig in an inner-city school that ended up not paying anything but a pair of comp tickets to the show that the theater company was producing. I should’ve said no once I found that out, but I felt really smug about being a working theater artist. (Again, joke’s on you, 22 year-old self!)

I wrote snappy descriptions of rental properties where pets were welcome. The listings were virtually identical, but I was tasked with making each one pop.

This job required waking up at six in the morning to commute to the suburbs, where I wrangled 40 campers into abridged versions of classic musicals for $10 an hour. There was no air conditioning. I’ve never had more fun at a job and I bonded with the campers over a shared love of Zac Efron.

This was basically a desk job operating under the guise of socialism. I got to work with the loveliest hippies ever, and I know the Spanish names for a lot of instruments.

I still carry with me the mental image of a small child pretending to run around like a crab.

This paid better than most of my artsy gigs and I had access to an unlimited supply of Goldfish crackers.

I still look back in awe at the chutzpah it took for me to do this. The album the class recorded is still online and it’s adorable.

This time around I got paid, but the program was basically a vanity program for the theater company and I can guarantee that I taught nothing of value to those kids.

All of those low-paying gigs and side hustles started to get to me, so I thought that a desk job in the arts would be a healthy compromise.

I didn’t mind the last job, but there was some low-key sexism going on so I left for the same job at a competing agency. I was soon promoted to…

I liked the work, but it sometimes got disheartening spending all of my energy drafting contracts and managing spreadsheets for other writers. Best part of the job was when I got to go to Athens to see a Greek production of one of the shows we represented. Worst part of the job was the drama. (Literally.) Or maybe the pay.

I needed a better paying job with less drama. I knew that meant leaving theater, so I got an inbound sales job (that I was a little too qualified for) at a healthcare company. There was a SodaStream and a juicer in the office. I WAS SO HAPPY. So happy, in fact, that when a position opened up that would utilize my mean spreadsheet skills, I applied. And that brings us to…

I do a ton of math, manage a bunch of spreadsheets, and almost every week I’m tasked with solving a new seemingly unsolvable problem. There’s a healthy amount of bureaucracy, and the company is big enough that there are HR policies preventing the hiring of one’s mistress. After a day of left-brained work, I usually get home anxious to start writing, and my writing is even better since I haven’t spent the whole day thinking about theater. I wish I could tell 22-year-old me not to be so smug about day jobs.

Dyan Flores is a consultant and musical theater writer who lives in New York City.  She is good at making spreadsheets but better at writing songs. You can find her on Twitter.

1. We Did Good, Billfold
2. Question Wednesday
3. What I Learned From Five Years of Writing and Editing for The Billfold
4. How a Program Assistant Dealing With a New Paycheck System Does Money
5. Classic Billfold: What I Wanted From My Move to Portland and What I Got
career historyseriously listen to the album it's greattheater