The Billfold
Cutting Out the Middleman

What the Fidget Spinner Teaches Us About Retailer Attention Spans 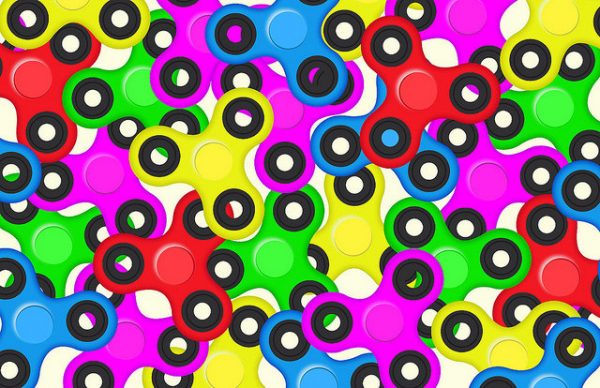 This NYT article about fidget spinners—“The Rise of the Fidget Spinner and the Fall of the Well-Managed Fad”—is actually about everything that’s happened to the economy (and, arguably, our lives) in the past twenty-five years:

For fidget spinners, as [Christine Osborne] well knew, no one was going to manage the buzz, strategize about inventory and plan marketing the way Ty had for Beanie Babies. ‘‘Now, in less than half a year, spinners are done,’’ Osborne says. ‘‘I’m moving on to squishies’’ — squishable toys that are also (questionably) marketed as attention aids. ‘‘I think they’ll last at least a few months.’’

Christine Osborne owns multiple toy stores, and she describes how, back in the 1990s, she and Ty worked together to help Beanie Babies succeed:

Ty’s executives wanted to know Osborne’s opinion on her customers’ tastes. Did they respond to primary colors? To sparkly bows? Why was Manny the Manatee so popular, but Darling the Dog a bust? Based on such conversations with Osborne and countless other toy-store owners, Ty’s executives made hundreds of tiny shifts in their manufacturing, marketing and distribution over the years, turning what began as a fad into a perennial best-seller, one that earned hundreds of millions of dollars each year and helped Ty employ thousands of people. As for Osborne, she used her Beanie profits to expand Wonder Works to four locations.

That’s how sales and marketing used to work—yes, there were gatekeepers (or, as the NYT calls them, “middlemen”), but there were also opportunities for companies to share resources and help each other grow. There were jobs for people who knew how to build and sustain a trend.

Now there are hundreds of manufacturers and resellers clogging online marketplaces with products, hoping that they can capitalize on a brief blip of customer interest. (You might remember our hapless eclipse glasses reseller from last week.) They’re watching YouTube and tracking Google searches so they can take advantage of anything that goes viral before the fever breaks and we move on to something else.

More importantly, they’re all selling under the arm of a larger company like Amazon or DHGate or Alibaba. The NYT calls this disintermediation “one of the defining characteristics of the internet age,” and notes that it’s the same thing Uber and all the other companies are doing: creating online spaces through which independent contractors (who have to follow the company rules, of course) can fight over customers.

Is this better or worse than having to work through a middleman? The NYT notes that disintermediation has cost a lot of jobs, but doesn’t really mention that it’s created at least some opportunities as well. (The last time I was in a Lyft, the driver was telling me how he loved this gig because he didn’t have to work unpredictable shifts for a low-wage employer anymore; Lyft and Uber’s payscale represented a step up for him.)

I’m not sure I have an answer. I’m also not sure we really have a choice—it’s not like we can go back to the way things were in the 1990s, as much as the internet tells us we should want to.

1. We Did Good, Billfold
2. Question Wednesday
3. What I Learned From Five Years of Writing and Editing for The Billfold
4. How a Program Assistant Dealing With a New Paycheck System Does Money
5. Classic Billfold: What I Wanted From My Move to Portland and What I Got
fidget spinnersjobsretailthe fidget spinner is also a useful sensory tool but that's a separate discussion