We Are Still Here: A Story of Love and Recession 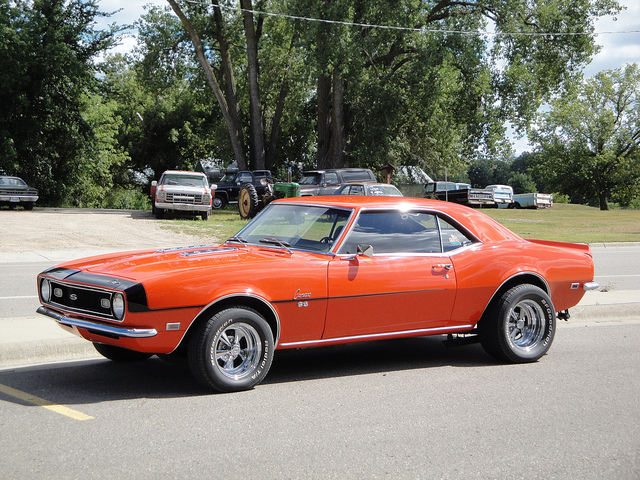 One of the stories my father likes to tell is about the time he took me to a toy store so I could buy one of the Lady Lovely Locks dolls for my collection. He asked me if I found the one I was looking for. I said yes and proceeded to the checkout. He winked at my mom and opened his wallet for whatever shortfall I might have with buying my doll from my little allowance, and was astounded when I pulled out a wad of bills from my tiny purse. He tells everyone that was the day he knew I would be a saver—and, because of that, would be okay in life.

Fast forward to high school when I entered the work-study program. I knew that as soon as I got my first job, I would have a checking account, a savings account, and a budget. My parents surprised me with a new leased Toyota Corolla, and after thanking them over and over again, my dad said “No problem. Now here is your note and your insurance. Make sure you pay them on time every month.” I didn’t blink, didn’t panic. This was my foray into adulthood with money, and I was ready.

After I was married, it became apparent that I had more of a head for numbers than my husband did. He could pay bills efficiently enough, but really didn’t have a budget for savings, fun money, future goals, or anything like that. He had no concept of retirement and, as far as dreams go, said that he would one day like to own a ’68 Camaro to restore. That’s it. So I took over the family finances along with the business finances, and everything was humming along until the recession hit.

I saw the same warning signs as everybody else. I remember standing in my mom’s living room watching CNN as the oil prices started climbing higher and higher while the stock market started tanking. Just a few months prior to that, I had asked my husband to discuss a new business budget. I told him that we were leveraged with a lot of business credit card debt; we still owed on the work truck, and the balance on the projects we had wouldn’t cover our bills if we kept going like this. We started hunkering down and paid off everything we reasonably could, but when the clients stopped paying—or paid slowly, or only made partial payments—then either we didn’t get paid, which meant we couldn’t pay our personal bills, or one of the business bills had to be put off. This problem kept growing and growing until it became a vicious cycle that we could not escape.

Then the bottom fell out. All construction projects just stopped. The general contractors we were contracting from folded up shop. The supply companies where we bought our material demanded their money, and to add insult to injury, the credit cards we had started lowering our limit even though, up to that point, we had paid on time. Our business and personal credit was ruined.

We had to make some really tough decisions. When the business was prosperous, I was squirreling away money in a business savings account for those times when cash flow was tight. I had a little over $50,000. We decided to pay the material companies and get them off our backs, which took all of that $50,000 and then some. It was a blow, but after that, all we owed was the business credit card of $20,000 and a balance on the work truck of a little over $2,000.

The calls from the credit card company, as you can imagine, were relentless. We tried to send in some money in good faith, but the amount was so pitiable that it didn’t even reach the minimum payment amount. With the balance on the truck and no work, we ran the risk that the truck would be repossessed, so we looked for another savings hoard to pay it off. This time, it was our SEP-IRA. We didn’t have a whole lot in there at the time, but we had the amount that we would need to pay off the truck once and for all. I understood that upon withdrawal I would pay taxes on the amount. We took a deep breath and withdrew the money. The feeling we had from paying off the work truck was unbridled joy. It was ours, and we could use it to look for work. I remember budgeting $20 a week for gas because that was all we could afford, but it helped us find some small jobs here and there, so that was definitely a good decision on our part.

I understand that fights about money are one of the top reasons for couples to divorce. The recession of 2007 certainly showed us what we were made of. When we were making very good money, (over $100,000 a year) we had healthy savings, but we also didn’t really have to budget much. If something broke, we just paid for it out of our checking account. All that changed during the recession. Money, or the lack thereof, was a constant stressor, a repetitive reminder that we were going to lose everything.

A lot of our friends were going through the exact same thing. Some had more money than us, others had less, but the destruction was the great equalizer. We were all going down and yet hopeful that we would manage to get through together as couples with our relationships intact. It certainly wasn’t perfect. There were moments of extremes. One minute we were strong and fearless letting nothing get us down, the next we were whimpering and curled up in the fetal position wondering what our next move would be.

2009 was our absolute worst year on record. We earned a COMBINED income of $17,000. That is not a typo. How in the world did a family of three survive that year? It obviously wasn’t money that kept us together. It was trust and commitment. We knew it was nothing either one of us did or didn’t do. The recession was beyond our control, and we did the best we could within those circumstances. We talked about money honestly. We cashed in our coins and took odd jobs. We froze in the winter and burned in the summer. We sold our good furniture and exercise equipment for much-needed cash. We cried and screamed out of frustration and worried endlessly what we would do, but we got through.

We also kept saving. When I sold our dining hutch, I got around $700 for it, and even with everything we were going through, I took 10 percent of that and stashed it away. My husband likes to joke that even during the recession I was the only person adding to the savings account when so many people were draining theirs. I don’t know about that, but I do know I have always treated savings as something that is non-negotiable regardless of income, and because of that, I think we were able to make it to the other side with a new appreciation for each other. We learned that if we were open and honest about the finances, shared common goals and wanted to succeed together, then it became easier to weather whatever inevitable storms came our way.

Since surviving that turbulent time, my husband and I have only gotten closer. He has absolute faith in me and never questions my judgement; my history with our money allows him to concentrate on running the business and keeping the clients happy. We are still on the same page financially. I’m still in charge of every cent that comes through the doors. Once in a while he will ask me how I am allocating the money, but once I start explaining about SEP-IRA contributions, business savings accounts, and investments, he starts getting a glazed look in his eye and tells me he’s sure I’m handling it well and leaves.

Just recently we were talking, and I told him that if we are able to give ourselves a raise next year, then I would like to try the $100 Whatever fund. You know the one, where each person gets $100 to spend however they want without consulting the other. (Of course it can be any number, but I’m going conservative and starting with $100.) I asked my husband what he thought about it. He said no, he was fine with the way things are now. To be honest, I was stunned. I asked him if he was sure he didn’t want some of his own spending money instead of me always saying “yes we can” or “no, it’s not in the budget.” He assured me that there was no need to change things unless I absolutely felt we needed to. He even told me it wouldn’t matter since he would end up spending his Whatever money on me anyway. He’s too cute.

The truth is we probably will never have the stereotypical retirement like what you see advertised everywhere with a lake house, golf trips, or cruises around the world. We estimate that the recession set us back at least ten years. But we are optimistic and are hoping to have a simple, quiet period of at least semi-retirement, traveling (on a budget) and working on projects that we are excited about. When the time comes, my husband will probably just hand me his Social Security check and have me manage it for him. And I will do it gladly, knowing I’ve got his back, knowing he has mine, and maybe one day I might just be able to surprise him with that ’68 Camaro.

MarLeigh is a 39-year-old self-employed Latina who handles both personal and business finances, is teaching herself to play the bass, and loves a quiet evening at home with her family.

1. We Did Good, Billfold
2. Question Wednesday
3. What I Learned From Five Years of Writing and Editing for The Billfold
4. How a Program Assistant Dealing With a New Paycheck System Does Money
5. Classic Billfold: What I Wanted From My Move to Portland and What I Got
marriagemoney and relationshipsrecessionsmall-business