The Billfold
It Never Hurts to Ask 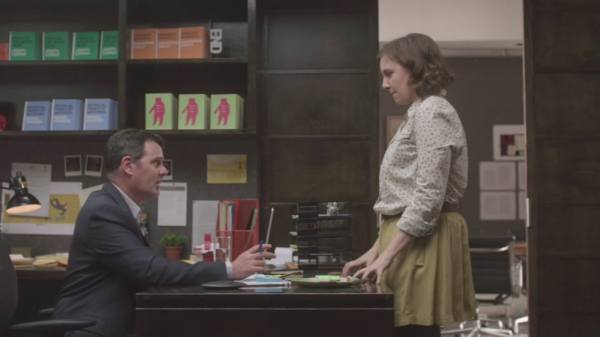 Several months ago, I began the third rigorous full-time job search of my young life. It began better than the previous ones—the longer you are a part of the workforce, as it turns out, the more viable opportunities there are for you—and I quickly received a few emails requesting phone interviews.

The first phone interview was with an HR rep from what I’ll call Company A. When asked my current salary and salary range, I was honest, uncomfortably naming my current salary and adding, “my range is more than what I am making now.” I brushed off this awkward moment, knowing I could have given a stronger answer but reassuring myself that it was no big deal. The HR rep invited me to an in-person interview, so I must have done something right.

Prior to the interview I researched the average salary in my area for the position title, and continued to learn all I could about the company and their expectations for the role. The position was not quite a lateral move; more of a transition up, and slightly different than what I was previously doing. I felt confident that my skills and experience would serve me well.

A week or so later, on a crisp March morning, I took the long train ride out to Company A’s modern, glass-walled office. It teemed with Macs and brightly colored swivel chairs. The in-person interview went well; I spent over an hour talking with two members of the team. I enjoyed our conversation, had the experience they were looking for, and got even more interested in the company’s mission. Since it was not my first job-hunting rodeo, I asked my questions extra carefully. I even asked explicitly about working from home. The company was already big on remote work and the office was much further from my apartment than my current job. They discussed how they often worked from home, explaining that they each telecommuted at least one day per week.

I left feeling it was a fit. I think they felt it too.

Less than a week later, I received an email from HR. It read, “I am in the process of preparing an offer letter. What day would you be available to start?” This threw me off a little. I was excited to know I’d gotten the job, but wanted to know what my offer actually was. The real offer did not come until the following morning.

My Friday began with a ping letting me know there was something waiting in my inbox; I knew it was from Company A. As I opened the email and then the attached formal offer letter, my bubble burst. The offer was much less than I was expecting. It was more than what I was making at the time but significantly less than what I had researched as the market value for the role. I thought back to my initial conversation with the HR rep and wondered if what I had seen as an awkward answer to a question could have cost me the salary I had imagined.

I quickly phoned an experienced former colleague who had worked on the other end of the hiring process to talk through countering. I knew I wanted to earn a little more and assumed that Company A had budgeted in anticipation of a counteroffer. I was nervous, so I told myself that if I were a man, I wouldn’t think twice about asking for what I wanted.

After a practice call with my friend, I felt more confident. My counter was around $5K more than offered (I was coached that this was reasonable) and my justifications were twofold: the offer was below market value for the role and I was concerned about the commute. Without metro benefits, the commute was going to cost me at least an extra $100 per month and large amounts of time. My counter also had room for further negotiation; I intended to ask for clarification on the work-from-home policy. I could give or take a few K’s for a different type of perk or benefit if that was what they were willing to offer.

I wanted the call to be pleasant and didn’t want my counter to sound hard and fast or too forceful. I asked to speak with the HR person to talk through the offer. I was firm and straightforward, while remaining amicable and trying to emphasize that I was open to further negotiation. The HR person said they’d speak with the team and get back to me soon, but asked if the counter was my “take it or leave it.” I tried to make clear that I didn’t really see it as take it or leave it. I was excited to be offered the position and wanted to work with them to come to a happy medium. I ended this call feeling grown up, assertive but respectful, and proud of myself for having the guts to ask for what I wanted.

By the end of the day, I got an unexpected email. It explained that they had considered my request and were not able to accommodate it—so they were rescinding their job offer.

I was stunned. I didn’t think this would be the outcome, and I certainly did not expect the news to be delivered via email. At first I felt burned, but the more it sunk in, the more I realized that, although I might have made the initial mistake of revealing my current salary, I handled my counter well and learned so much from actually going through with it. I also learned that if a job can’t offer what you are looking for, it might not be the right fit after all.

And, even though my first offer was rescinded, there is a happy ending to my story.

Shortly after my interview with Company A, I began interviewing for a position at Company B. This time I did things differently. First, I listened carefully to the way the company asked about money. The discussion of salary expectations happened a bit later in the interview process and was also framed differently; it was all about the company and myself coming to an agreement. I named a range, but was clear where in the range I wanted to be without revealing my current salary (and they did not push me to do so). All positive signs.

When Company B made their offer, the salary offered was within the range I had discussed in my interview, which satisfied me. It was also made clear that the salary offered was a starting salary; it was written into the offer letter that my salary would be re-negotiated upward based on performance during a probationary period, and there was also plenty of opportunity to earn commissions. Nothing like this was mentioned in the previous process with Company A. Because of this—and their generous benefits package, including the offer to pay for my parking—I didn’t feel the need to make a counteroffer, especially as we’d have the option to re-negotiate my salary soon.

My biggest takeaway from this experience is to think carefully when deciding to accept, counter, or reject an offer from a potential employer. I also learned to listen to my instincts in all stages of the game. There was a stark difference between how I felt when Company A made their offer and how I felt when Company B made theirs. When I got Company A’s offer, I had concerns and questions. When I received my offer from Company B, I felt sure about my choice to accept; the pros of the offer completely outweighed the cons, and I really didn’t have to think twice. When you find a fit, and an offer is good, you know.

Elaina Hundley is a D.C.-based reader, writer, marketer and cat mom. You can find her waxing poetic about art, music, coffee, and cats on Twitter.

1. We Did Good, Billfold
2. Question Wednesday
3. What I Learned From Five Years of Writing and Editing for The Billfold
4. How a Program Assistant Dealing With a New Paycheck System Does Money
5. Classic Billfold: What I Wanted From My Move to Portland and What I Got
job-huntingjobsnegotiationsalary-negotiations