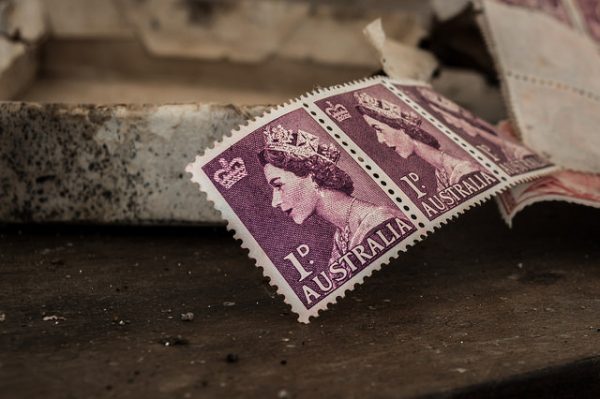 Next March, assuming she makes it, my grandmother will receive a 100th-birthday telegram from the Queen. Depending on both of them, I mean. The Queen is 91, and my grandma, who goes by the Cher-like standalone “Narnie,” is 99. She’s been widowed for 30 years, retired for about as long, and giving me birthday money for longer. At $2,000 AUD ($1,560 USD) last year, more money than I made on freelancing.

She gave me books as a child. Narnie was going to convert me to the L.M. Montgomery fandom—with its cats and puffed sleeves and babies dying of croup—or die trying. I blame her entirely for my writerly aspirations. But as I grew and started requesting things like Discmen and rollerblades for my birthday, she started writing checks instead. She would drop them inside letters written across every inch of a birthday card. Each ended the same way: “warm love, Narnie.”

“Don’t forget to write Narnie a thank you,” my mum would plead. And I would, meandering letters about birthday cakes and field hockey and class themes (grade two class name: The Alps!) that made sure to mention the gift. Every grandma knows the only way to get self-interested kids to write is to give them money.

To transmit money from her retirement home to me, several things must happen. First, my mother must drive nine hours west from her home on the coast into the bush, along a series of empty country roads that turn at right angles around soft-brushed wheat paddocks. Then, she must visit my grandmother at the Villas.

The Villas are a square-shaped camp of demountibles that look out over a grove of gum trees rooted in red earth. “Grove” isn’t really the right word—it’s just the bush—but neither is “villa.” A visit usually involves helping my grandmother to escape for a meal outside the residence. My mother might take her to a cafe, or to the Soldiers’ Club, or let her nap in the car while she pops into the winery. Usually, the boys at Lillipilli will throw a bottle of rosé in for Narnie to take back to the home and drink at Sunday lunch. She is, I gather, the only resident who enjoys a tipple on the reg, as evidenced by her bottle of cream sherry on the drinks cart, marked MCCORMICK.

After she receives updates on her vast matrilineal dynasty, Narnie insists on doling out gifts, looping her name out onto a series of checks. A teacher who married a farmer, I’m led to believe she played the stock market effectively. My mum banks the checks in her own name, then transfers the money to my account and texts to let me know a present is making its way through the wires. In the U.S., where our graduate salaries fail to keep pace with inflation and daycare fees, I log onto my bank app and wire the money to myself, shaving a piece of the sum off in wire fees and conversion to greenback.

Three days later, there it is in my Citibank account.

Like Seinfeld before me, I accept the gift without protest. Worse! It has become an instrument to keep us in touch— Narnie in The Villas, and I in that great northern city, New York. I set about writing a reply in large handwriting she may still be able to read.

When my oldest daughter was five months old, I took a trip home to “water the plants.” Touch base with friends and family, introduce the baby, and all that. During the trip, we made the superhuman effort to tow a baby for nine hours in 90-degree heat through towns that comprised a single pub to visit my grandma. There was the photo op—a chubby baby with her 97-year-old great grandmother—along with the visible delight from the woman who has been invested in my kid ever since the first telephone call by my mum to relay that I was pregnant.

The entire villa had been briefed on our arrival. Scout was greeted as a liberator by a cast of locals, including one who opened her shop of knitted bunny rabbits to her. Narnie handed over a fiver and told my daughter to pick whichever one she liked best. It was like we were on the inside of the bunny cartel.

There has been a lot of whining about how my generation is the first to earn less than the one before. That might be true; my parents worked dull white collar jobs and seem ecstatic in retirement, whereas my husband and I each have graduate degrees and still feel buried in debt, thankful for a relatively cheap daycare and below-market rent but unable to save. Narnie’s deposits go to filling potholes opened by car repairs, co-pays, the holiday season. It’s easy to idealize my grandma’s life, spent almost entirely in the one town. She was born onto a sultana farm, married a sheep farmer, and retired just ten minutes’ drive away under the Riverina’s perpetual sun. The same muddy river, the same orange orchards, the same rusty gates.

But Narnie did visit New York once, in the ‘80s. Not the New York I live in, but the Upper East Side < > Midtown circuit trodden by corporate types in boxy suits at the time. It was a world away from Leeton. Now I walk along a street in my familiar but foreign land and think, “huh, my grandma had lunch at the Russian tea rooms in 1989.” It’s this whisper-thin connection to her through time. That, and her correspondence through my Westpac account. Obviously, I’m a jerk for not writing more letters, but still, with each money transfer and super belated thank-you card, Narnie and I make a little circle around the globe.

Janet Manley has written for The New Yorker, ELLE, Racked, The Toast, McSweeney’s, and elsewhere, but will continue banking checks from elderly benefactors until all the student debt is forgiven.

1. We Did Good, Billfold
2. Question Wednesday
3. What I Learned From Five Years of Writing and Editing for The Billfold
4. How a Program Assistant Dealing With a New Paycheck System Does Money
5. Classic Billfold: What I Wanted From My Move to Portland and What I Got
australiafamilygiftsgrandparentsmoney and relationships