How a Goal-Oriented Saver in Lansing Does Money 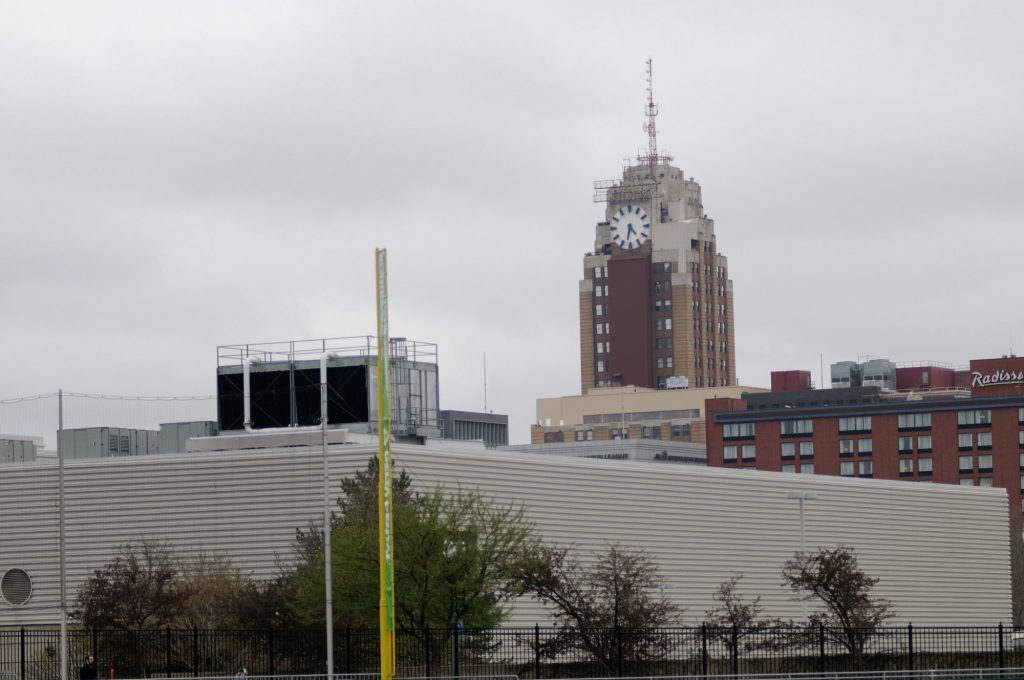 Celia (not her real name) is a 30-year-old nonprofit director in Lansing, Michigan.

So, Celia, how much money are you making?

Do you feel rich?

Kind of. I feel like I have enough money to live very comfortably in the city I’m in right now.

Nice! What does that mean? Is it, like, homeownership, or…?

Yes, we’ve owned two houses in Lansing. We downsized in May to save even more money.

I think part of the reason that I don’t necessarily feel rich is because I had a lot of expenses until recently. I never got to see a lot of that money. More specifically, I received a promotion in April 2016 that bumped up my pay by $12,000 a year. And until October of 2016 I was paying really aggressively on my private student loans—about $1,200 a month. So, around nine months ago, I started to feel like “wow, I have money that I don’t know what to with.” But that’s we made the decision to start really padding our savings account.

What’s motivating you to save more? Are you saving for something?

That’s the big question! Previously, we were always saving to pay off loans and build our emergency fund. Just last month we realized that we’re pretty much set on those two things. I think what I need to come to terms with now is actually allowing myself to spend the money!

Dream vacation for sure. Or just taking better small vacations. Travel is at the very top of the priority list.

Right now our financial situation feels good but a little unsettling. I keep trying to figure out what we’re missing. We haven’t yet maxed out our 401(k)’s but that’s on the list of things to set up.

How are your retirement savings looking? Do you just have the 401(k)s or additional savings as well?

Right now, I put in 18 percent (well, I put in 10 percent and my employer matches 8 percent), and my husband puts in 10 percent. We also have around $80,000 in stocks that have just grown over the years. It’s a little embarrassing to say that I don’t know much about that. My husband had the account set up when we met, and I just let him do his thing with it. No money is actively being contributed to that account. We did go to a financial adviser last year, when we were contributing a little less, and he said that we’re all set to retire, even retire early.

I think the goal was retiring at 55. I’m also impressed, but a little skeptical of this guy. I’m looking to find a second opinion, haha.

That’s fair. Personal finance has nothing if not plenty of opinions.

It sounds like you’re pretty good at living under your means, then. Do you have any outstanding debt? You mentioned student loans…?

I paid off my private student loans. I still have about $8,000 in federal loans that I pay the minimum on each month.

Have you done the math on the advantage of paying them down more quickly vs. The Value of Debt-ing it and saving up a larger pile of liquid cash and/or investments?

I haven’t! This is a conversation my husband and I always have when we’re talking about what we should do with our money. I figure they’re not hurting anyone and he wants to just throw our money at them. It seems like neither of us is willing to do the math, so we’re at a standstill. We have a $16,000 car loan, too, that we’ve also come to a standstill on.

I can’t get over the idea of just stockpiling the money now that I reached my original goal of paying off my private student loans.

I guess it’s all about what you want to do next: get debt-free, invest more cash, bulk out those retirement accounts, take more trips…

It sounds like you have a lot of options.

Very true. It doesn’t help that I’m not great at making decisions.

We do have a plan to be mortgage-free in four years, though. So I guess that’s where we’re throwing our money right now.

It’s super exciting to me. We bought a really beautiful 1920s house in February 2014 for more money that we intended to spend, even though it was still well within our means. We realized last year that our priorities didn’t line up with spending the money the house needed to keep it nice. We were so lucky to be able to sell this spring and make about $10,000.

You’ve mentioned priorities more than once — how do you determine those priorities? Do you reevaluate them over time?

Yeah, it’s something that’s talked about often in our household. It seems like there’s typically one big goal, and then once it’s been hit, we move on to the next one. (Though this conversation has me thinking that maybe there ought to be more than one goal at a time.)

And your mortgage is your current goal.

Well, I hope you get it paid off quickly and easily!

Just a few more questions: first, what do you think you do well financially and what do you wish you did better?

Despite having plenty of money to work with, I’m actually really good at budgeting. I served as an AmeriCorps member for two year right after college, so I know what it’s like to make next to nothing. Learning to budget (and set goals) is pretty much a necessity when you’re making $12,000 a year. I definitely could use some improvement in planning for the future. It’s all very intimidating to me.

Starting with that second opinion about your retirement, LOL.

Gosh, I knew you were going to ask this, and I’ve been trying to come up with something for a few days. I couldn’t come up with much, but my advice is to take other peoples’ advice with a grain of salt. Or maybe even tell them to shove it. I’ve spent a lot of money on things you’re “supposed” to spend money on (including that first home purchase) and lived to regret it. You do you and don’t let anyone tell you differently!

1. We Did Good, Billfold
2. Question Wednesday
3. What I Learned From Five Years of Writing and Editing for The Billfold
4. How a Program Assistant Dealing With a New Paycheck System Does Money
5. Classic Billfold: What I Wanted From My Move to Portland and What I Got
doing-money