I Quit Halfway Through Training at a Debt Collection Agency, and I Don’t Regret It 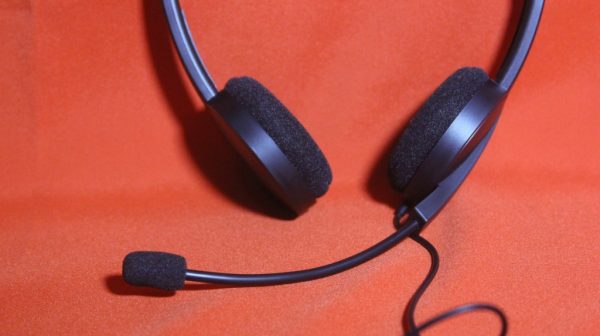 Several years ago I was struggling to find a job and rapidly running out of my small amount of savings. I was at the stage in job searching where I was applying to any and all jobs I was remotely qualified for, regardless of what they were. It was that rapid-fire succession of applications that got me an interview for what I thought was customer service but ended up being student loan debt collection.

During my interview, I was awestruck by the beauty of the workspace. The company was housed in a 100-year-old, abandoned cotton mill that had since been revitalized. They had left as much of the original structure as possible, which meant the main work area was a huge, open space with high ceilings. The floors had that old building smell that I’m sure repulses some people but is quite endearing to me. If the physical environment was all that mattered, I would have been incredibly happy there.

Even when I found out exactly what the job would entail, I was in no position to turn it down. I knew I was in danger of not making next month’s rent if I didn’t start earning money soon, so I took the job and hoped for the best.

The next week I started what was supposed to be a five-day training week. The first day we went over the normal HR requirements, and they spoke endlessly about the company culture. They offered birthday celebrations, reimbursements for healthy lifestyle choices, flexible schedules, and more. The company seemed to be doing everything it could to help you forget what your job was. But when your day consists of hassling dozens of people for money, that YMCA membership quickly loses its appeal.

We didn’t get on the phones until the third day—which was, not coincidentally, the day I knew I had to leave. I know that debt collectors perform a role in our society. I know it’s just a job. I know that the companies people owe money to need that money. That’s how it was framed to us, anyway. The company drove home the idea that you weren’t taking money from people; you were helping give money back to the schools who needed it for operations, construction projects, and salaries.

But as someone who was also struggling to pay their student loans, it felt immensely disingenuous for me to be making these calls. After lunch on the third day, it was time to get on the phones. In my very first phone call, I got a dose of the reality my trainers had tried to ignore. I spoke with a woman who was exasperated; not at me, but at her children. They were in the background of the call yelling for food while she kindly asked me never to call again.

I felt the weight of what I was doing in that single phone call. People don’t want to be in debt, and if they could pay it off, they would. Meanwhile, I’m calling to interrupt their lives and ask them for money they don’t have while they are just trying to get through the day.

There were people at that company who performed well and thrived. The first day of work happened to be one of the company’s monthly celebrations, during which they honored the representatives who had collected the most money that month and rewarded them with prizes or trips. But to send someone on a paid trip to Mexico at the expense of someone else’s student loan debt felt wrong to me. It still feels wrong.

When I came in for the fourth day of training, I told the HR manager that this wasn’t for me. The dark abyss of unemployment was more appealing than selling my soul. That I had that option, in and of itself, is a privilege I don’t take for granted. I had enough money saved to get by for a little bit longer, and even the pay for those three days was a huge boost.

Maybe I would have been able to think of it as “just a job” if I weren’t also getting calls about the hospital bills I couldn’t pay. Maybe I could have done it if I hadn’t grown up in a home where we memorized the phone numbers of debt collectors so we knew which calls not to answer.

Ultimately, a job is a job, and I don’t begrudge anyone who chooses to stay there. All things considered, it appears to be a really great company to work for. They offer great benefits and do good work in the community. But I couldn’t reconcile my work with my conscience, and I’ve never regretted that choice for a single second.

1. We Did Good, Billfold
2. Question Wednesday
3. What I Learned From Five Years of Writing and Editing for The Billfold
4. How a Program Assistant Dealing With a New Paycheck System Does Money
5. Classic Billfold: What I Wanted From My Move to Portland and What I Got
debthalfway-therejobslife-lessonsstudent-loans