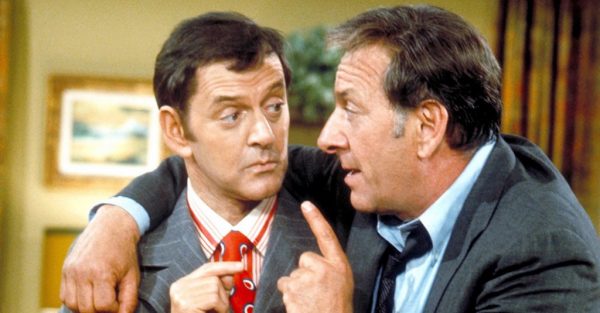 Six months ago I moved into an apartment with a roommate I found on Craigslist. Three months later, when she took down the lone piece of artwork I had hung in our living room, I knew I wanted to keep the apartment and lose the roommate.

I lived by myself for five years before jumping head first into the shallow end of the pool when I moved to Philadelphia from the lonely world of Upstate New York. I wanted to live in the big city; five years in a town ideal for college kids with whom I couldn’t hang out because I was their boss, and families with whom I had little in common as a Young Professional (capital Y, capital P), made the decision easy. I moved sight-mostly-unseen to my new home (God bless Skype!) without any support system in town, hoping that having roommates would give me a set of built-in friends. Instead, I ended up with two roommates who were besties and would not even acknowledge my presence when I walked into the room. Moving to my current situation was, therefore, a breath of fresh air.

My current roommate and I live in a four-story trinity, which is Philadelphia-speak for a house that has a spiral staircase in the corner. Jointly, we pay $1,195 a month for a two-bedroom, one-bathroom space with exposed brick, hardwood floors, and a non-working fireplace. It’s not perfect, but it’s architecturally interesting—and I am obsessed with someday living there on my own. I want the extra cabinet space in the kitchen and to be able to walk around in my underwear. Right now I pay about $100 more in rent than my roommate does, since my room is the entire fourth floor, but to live there outright would essentially double my rent.

When I moved in, I was supposed to be taking over the lease from her previous roommate. Instead our landlord offered us a new, six month lease. It seemed like a good situation; we could try each other out for six months and then go from there. Both of our names are on the lease, so even though she has been living here longer than I have, it is only by my own graciousness that I recognize her seniority. Does it give her the right to kick me out? Probably not. Does it give me the right to kick her out someday? Definitely not.

It is completely necessary to mention that in the grand scheme of roommate situations, I have actually lucked out this time around. We get along in the peripheral way strangers-turned-housemates do, which is to say we go about our own lives while crossing paths 3–4 times a week punctuated by a deep chat in the kitchen once a month while she cooks and I do my laundry. We disagree on a few fundamental quality-of-life issues which challenges our long term viability. Her desire to cut the cable cord really cramps my “live-tweeting The Bachelor” style. She runs cold and my body could double as a furnace, so we constantly are turning off the air conditioning or heat behind each other’s sweating or freezing backs. I have a window AC unit even though we have central air, and have slept with my window open every night this winter. She’s cool, but being able to control the temperature in the summer is cooler. (See what I did there?)

I have come to realize that the one thing standing between me and all of my housing dreams coming true is this person I still don’t fully know, a woman who leaves half full coffee mugs around the house and has a boyfriend that comes over basically every Sunday night. Currently I envision two paths out of this situation and into getting what I want: a promotion and significant raise at work, or (and?) starting a relationship and maintaining it long enough to reach a point of cohabitation. I am currently going out on dates with no real winners in sight (though what can you expect with Tinder and Bumble) and have been taking on more projects in hopes of raising my profile at work. My goal is to have a relationship of co-habitable proportions or a promotion in hand by Summer 2018, which is about three six-month leases from now. Meanwhile, I have to do everything I can to keep my roommate from kicking me out, or moving out herself.

Around the time that we had to decide if we were going to live together for another six months, my roommate completed her master’s degree and negotiated a raise at work. She was thinking she wanted her own place, and even though she wanted to look elsewhere, the thought of trying to find a normal person to live with felt like I might as well kiss my own dreams goodbye. I began dropping subtle dissuaders. “How much did your monthly take home go up, again?” “Sure, but are you going to find something as good as this in your price range, even if you are living alone?” I knew I was being selfish. I didn’t care. It worked, and it is the only time I can solidly remember consciously manipulating someone for my own good.

What I have come to realize is that while I love the apartment itself, I am also longing for what it symbolizes: personal or (and?) professional success. If I can afford the rent outright by myself, it’s a sign that I have reached an income level that allows me to be more fully independent and have a guest room. If I can lose the roommate because I have someone that will walk around the apartment in their underwear with me, clearly I have found true love. Either way, wanting the apartment is just as much about the personal decor choices as it is about knowing that I have worked hard and reached a marker of adulthood that I am striving towards. Also, if you happen to know any nice, single men in the Center City Philadelphia area with a decent income who are looking for a life partner and a spiral staircase, feel free to send them my way.

Caroline lives in Philadelphia and wants her own jawns.

1. We Did Good, Billfold
2. Question Wednesday
3. What I Learned From Five Years of Writing and Editing for The Billfold
4. How a Program Assistant Dealing With a New Paycheck System Does Money
5. Classic Billfold: What I Wanted From My Move to Portland and What I Got
apartmentsi-want-it-nowreal-estaterentingroommates