Paying Myself Through 500 Miles 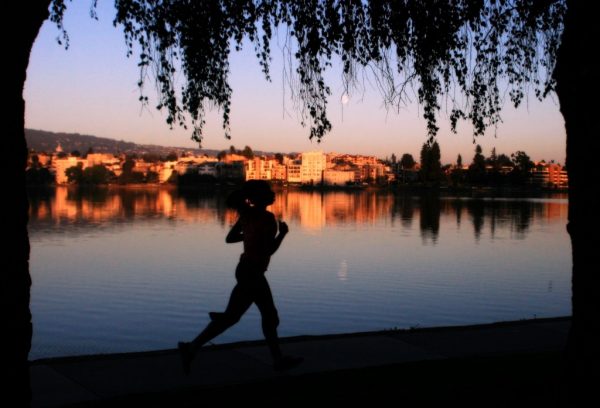 Let’s get this out of the way: 500 miles in a year is not really very far. It’s just shy of 10 miles per week. My own mother runs double this distance every year. There may even have been recent years when I’ve reached 500 miles without realizing it. So why set the goal?

I need this resolution because I’ve been running fairly regularly for more than a decade, and I’m flagging a little. While I still enjoy individual runs, the thought of getting up at 5 A.M. three or four times a week to trundle around the neighborhood for the rest of my life leaves me tired. I know that I’m much happier and healthier when I run, but it’s hard to summon up the fuzzy images of “health” and “emotional well-being” as my hand hovers above snooze. Toward the end of 2016, I started wishing I had something concrete to hold myself accountable to. I wished I could feel like I was making progress. I wished there was a reward for all this damned running.

And then it clicked: I could get a reward for running, if I decided to reward myself. I could pay myself to run.

It’s painful for me to spend money on things that I haven’t labeled as absolutely necessary. That makes it hard for me to justify spending money on my running habit, but if I structure this spending so that I’m rewarding myself for miles run, it feels like I’m earning the rewards. If I set a long-term goal and give myself little treats for staying on track, I’ll feel like I’m progressing toward something, giving me a reason to get up in the morning. Even better, I could set up these rewards to add fuel to the fire of my running habit.

I love reading Runner’s World magazine, but even though a two-year subscription is only $25, the extravagance of having a print publication shipped to my house every month, just because I wanted it, has always been too rich to justify. But if I earned that subscription, say, by running 100 miles? My first mini-goal was set: if I knock off 100 miles by the end of February (putting me on track to finish 500 before year-end), I will subscribe to Runner’s World.

We live close enough to the California coast to visit regularly, but we rarely carve out the time to make the trip. If I run 200 miles by the end of May, I’ll splurge on a weekend away in one of our favorite spots and treat myself to a nice long run in the redwoods while I’m there. This will set me back about $150 for gas, food and campsite fees, which I might have balked at if I hadn’t earned the trip through running all those miles.

Even though I’m much happier when I feel cute while running, I almost never spend money on running clothes. I may or may not be running in the same shorts I wore during my first half marathon…in 2006. My ratty clothes keep me covered, and why would I drop major coin on something just so I could sweat all over it? Enter reward number three: if I make it to 300 by the end of August, two new running outfits will be mine, just in time to run every day during our September vacation. Total cost: $100.

I’m predicting that fall will be a weak spot in my resolve: the days will be getting shorter and colder, meaning dark runs until the end of the year. I’ll need extra motivation, so I’ve saved my most coveted reward for reaching 400 miles by the end of October: a running watch. I’m a sucker for positive reinforcement, and a gadget that gives me feedback on my performance in real time is guaranteed to motivate me through the early morning slogs. The version I’m after retails for $150. Before this, I’d never dream of spending money on something so specific and indulgent. But as a reward for 400 miles, it feels earned.

I’ve thought a lot about a reward for the big 500 at the end of the year. I needed something that would feel truly celebratory but that would spur me on into my 2018 running resolution, whatever that may be. I think I’ve come up with the perfect motivator: If I hit my year-end goal, I’ll sign up for a half-marathon during the first half of 2018 in the city of my choice. The cost of this reward is harder to estimate, but given a free flight with bonus miles and free lodging with friends, it should come in at around $300 for registration, food and inner-city travel. Most importantly, it will tee up the next year’s goal. All of this running will be rewarded with a commitment to more running.

I’ve resolved to run 500 miles this year, but my resolve alone won’t get me there. A series of rewards that cost a little and mean a lot, each one designed to reinforce my goal, will. This morning I woke up at 5am, heard the rain outside, felt the grogginess clouding my head, and went to hit snooze. Then I saw the old copy of Runner’s World I’ve planted on my bedside table. I imagined myself enjoying the latest edition with a cup of hot coffee after a chilly morning run, loving it even more because I’d earned it. I wanted that scene. I strengthened my resolve. I laced up my shoes and went running.

Joanna Trieger is a writer and copy editor living in Reno, Nevada. She takes way too much interest in other people’s commutes at https://jobikes.wordpress.com/.

1. We Did Good, Billfold
2. Question Wednesday
3. What I Learned From Five Years of Writing and Editing for The Billfold
4. How a Program Assistant Dealing With a New Paycheck System Does Money
5. Classic Billfold: What I Wanted From My Move to Portland and What I Got
goalsmotivationrunning